Corey Johnson has friends in the real estate industry 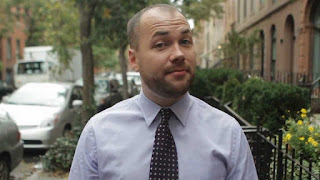 Several high-powered real estate firms invested heavily in the political fortunes of Greenwich Village Democrat Corey Johnson, who emerged Wednesday as the apparent next speaker of the City Council.

Officials of the Related Cos., DDG Partners, the Property Markets Group and others gave generously to Johnson's campaign. (Corporate entities cannot contribute directly to candidates.) Johnson secured the support of the majority of his peers by courting the Democratic Party bosses of Queens and the Bronx, and by winning the endorsement of the powerful Hotel Trades Council. The city's legislature wields vast influence over zoning and land-use decisions, and the speaker controls the body's affairs.

To win the necessary backing to lead the council, Johnson donated heavily to his colleagues' campaigns and to the coffers of Bronx and Queens power brokers, and for that purpose he amassed $505,818 this election cycle. Crain's found that more than $63,000 came from real estate interests. Additional funds flowed in from figures in the construction and hotel industry.
Posted by Queens Crapper at 1:11 AM

Can't think of a better hack to represent the preferred constituency of New York City, being the predatory developer donors and advantageous landlords, than this deadbeat and patronage doling jerk. The speaker basically had an airbnb style pad in the last decade.

It's never gonna stop will it. This wretched appointment gets a lot worse (and funny in a way) and immensely shady because the council approved this while de Faustio was in Iowa.

The backstory is Crowley got cut in on the deal, so now he has his patronage and his control...the next four years are going to really suck folks


I don't understand. If Crowley has the control, Queens wins!

So which Council member is not a friend of the real estate industry and will resist their bidding?

"I don't understand. If Crowley has the control, Queens wins!"

Virginny Joe does not care about Queens, he does not live in Queens and he doesn't "mangia" in Queens.

Christ, his children speak with a Southern accent not a Queens one, y'all.

Of course he does. Why do you think any of them run for that job...

Not looking good for anyone except developers for the next four years. Not a surprise.

Nice tidbit, JQ...now if only someone in gov't actually cared about that...

Not surprised. Politicians are owned by REBNY.

This guy is in Crowley's pocket...plus he's a real bully and a snake

Donald Mannis reincarnated,he has that look.

He's not even appointed yet, and already he is corrupt and incompetent! Likewise, Bill de BLASS-hole is gearing up for a presidential run, when he wasn't even fit for a toll booth collector. And, then there is the 'OTHER' narcissistic, egomaniac up in Albany, who thinks that he is likewise presidential material. Here is the reason for why no one votes anymore:

You know what's the real kicker about this bum. That he was previously a freeloader, a hustler and an addict. Which makes him basically the perfect representative for the new constituency of this city (your city), the hipshits and the transient poor from other states. In addition to being a unrepentant stooge and shill for real estate to be the spokesperson for the gentrification industrial complex.