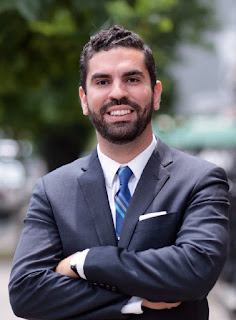 While aimed at illegal speakeasies, the law was often used in discriminating fashion. From targeting largely African American jazz venues at its inception to requiring mid-century musicians to carry a “cabaret card” to Rudy Giuliani’s use of the law as part of his “broken windows” policing, the selective nature of its use has found plenty of opponents, which is why the law’s repeal was widely championed throughout the city.

But while proponents were celebrating the move, a look at the legal implications suggests there’s much further to go for the city that never sleeps to dance away its insomnia. Specifically, the zoning for any establishment that wants to host dancing and music still needs to be addressed, which is not lost on City Councilman Rafael Espinal, who was the key sponsor of legislation to establish an office of nightlife and repeal the Cabaret Law.

Espinal added that he is looking forward to working with the office of nightlife and advocates “to explore our city's archaic zoning code to see how we can build on this progress."

Those “archaic” zoning laws have less to do with how long they’ve been on the books and more to do with a lack of clarity. While it’s been widely reported that only 97 out of the roughly 25,000 eating and drinking establishments in New York City had a cabaret license in 2017, unless the zoning changes, many of these establishments are still not permitted to allow dancing, even without any requirement to obtain a cabaret license, Derek Wolman, chairman of the restaurant and hospitality practice group at Davidoff Hutcher & Citron, wrote in an email to City & State.

New York City neighborhoods are zoned into three categories: residential, commercial and manufacturing. Within those zones are “use groups” that determine specifically where and how different businesses can operate within a zone. Making things difficult for proprietors who wish to hold music events is that they fall under “Use Group 12,” which spans both commercial and manufacturing.

Wolman broke it down in all of its complexity:

Yes, it means you can't keep sleeping children up at night with thumping music and you can't turn manufacturing space into clubs without jumping through hoops. Oh, the horror!
Posted by Queens Crapper at 12:35 AM

This guy Espinal is an asshole, he clearly doesn't give a damn what this will do, from displacement from higher rents and a rise of obnoxious noise, not only from the bars and clubs but from the spillover after hours in the streets of their obnoxious entitled patrons. His constituents better realize that their councilman wants to turn their towns into some lame ass version of bourbon street or the sunset strip.

Espinal seems more concerned with the starfucking allure of meeting celebrities and pop stars who might frequent these venues than the residents rights to peace and quiet and affordability.


I hope he realizes that this will lead to the return of stripper joints, which is why Rudy enforced the archaic law in the first place and it might bring about it's return. (not that I condone the return of this law which has roots of discrimination)

That little prick probably has a friend-donor who owns a club. Uh.....excuse me.....we want the few quiet residential neighborhoods left to remain just that....QUIET OASIS OF PEACEFUL RESPITE. Shove your idea where the sun doesn't shine!

Ok...this guy seems to be all about the nightclubs... well here's some of his donors, restaurant and nightlife interests


And a lot of small donors from the hospitality and nightlife industry... but it has nothing to do with his interest in this issue... the source for the above was the City's Campaign Finance Board Database and was for 2017 only, and is only a partial list.

I look at those donations above and think, what paltry amounts to show subservience to donors looking to remake neighborhoods for their leisure driven businesses, but then the money piles up like a day of a caged elephant and you can see how elected hacks like Espinal can be easily persuaded. As for the residents who had no need for these services and amenities and just live over there in East New York, well, they don't donate any filthy lucre, all they do is vote (if they show up)

Espinal is also a dutiful whore for developers too, particularly from a firm that got a plum contract of the mayor's targeted rezoning and burgeoning gentrification in East New York. The little maggot also accepted money from REBNY's shady lobby group p.a.c. Jobs for New York back in 2013 to win the primary, mirroring de Faustio's mystical influx of campaign donations, bringing him much needed familiarity with voters.

Not letting illegals ruin your neighborhood and decrease your quality of life is racist!

What does this fucking city have again Green Grass and Peace & Quiet, both which can cohabit in a big city, if it is designed properly and did not have fucking hack politicians like this dipshit Espinal. So Espy, how many clubs on your block where you live.

Another BIG FUCK you to another in a long line of NYC political hacks.

So, Espinal, who actually said the Cabaret laws were racist and anti-gay, was actually doing the bidding of both the restaurant and beverage interests which donate money to him, and the real estate interests that donate money to him, and let's not forget the lawyers, who represent both of the of the groups above, also donate to him. Espinal did not participate in the matching funds program (Good on him for that at least, but he did receive $108,290 in donations for 2017 and spent $52,561. It's important to know where that money came from. He was not supporting this bill because it was unfair to minorities or because it was unfair to gay people. He was supporting it because it was favorable to his donors in the restaurant, hospitality, beverage and real estate industries and the lawyers that represent them.

I can't believe there are people here who are defending the ridiculous cabaret laws. They don't deal with keeping nightclubs from opening on residential blocks. They were used to fine bars when a few people started dancing to the jukebox.