New 421a plan will flood Queens with condos 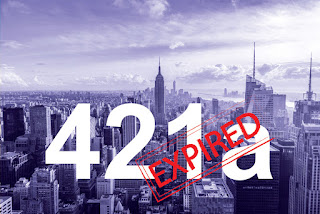 A budget proposal from the New York State Senate would greatly increase the number of tax exempt condominium projects in the outer boroughs, confirming the fears of Mayor Bill de Blasio and other city officials that such developments could creep back into a renewed 421a developer tax break.

In the Senate Republicans’ latest version of the bill, condo projects outside Manhattan with as many as 80 units could qualify for 421a tax exemptions, up from 35 units in Gov. Andrew Cuomo’s proposal released in January. A cap on the average tax assessment value for benefitting condo units is also raised in the new proposal from $65,000 to $85,000, a change that was first reported by Politico.

Since the 421a program’s expiration in January of 2016, developers have filed offering plans for 15 new outerborough projects consisting of between 35 and 80 condo units, a TRD analysis of data from the New York State Attorney General shows. If 421a became available to developers of this section of the market, there could be many more of these condo projects on the horizon.

Two key Senators in the 421a negotiations have previously expressed an interest in increasing outer-borough condo benefits, prior to Cuomo releasing his own plan. Republican-caucusing Democrat Simcha Felder and Republican Marty Golden, both of Brooklyn, told reporters in December they were looking to expand the tax break for more property owners, but haven’t provided further details.

Calls and emails directed to Golden and Felder were not immediately returned on Wednesday.
Posted by Queens Crapper at 3:00 AM

When are we going to stop the blatant overdevolpment of Queens?

These politicians are just setting up another Boom and Bust condo market.

Know history or be dammed to repeat it...

Wow Condo's and shelters but no sign of having affordable housing? Pushing out people and tearing down old beautiful homes that make a neighborhood. Queens will be concrete/glass city.

421a may catalyze the condo market, but don't kid yourself. Aside from a small number of speculative boondoggles, the city was not much harmed by the real estate crash, and recovered quickly. With middle earners getting squeezed in NYC, there's plenty of profit to be had in Queens: https://therealdeal.com/2017/03/15/the-roach-approach-developers-swarming-over-emerging-neighborhoods/

We need more living space.
I say go for it.

Nothing can stop real estate in NYC. What would NYC be without real estate?

The title of the blog says it all, Queens Crap, Queens is Crap, the middle class fled this borough years ago, its mostly newcomers and hipsters now, Brooklyn lite. Greedy politicians, real estate developers, brokers, banks are all making money on this once joke of a borough. Only solution is to move.
For the pleasure of living here, you pay the 4th or 5th highest property prices in America, up there with Honolulu, San Francisco, and San Diego, and not only a few places below Manhattan and Brooklyn. You have to be kidding me.

Anon #7 said: "What is affordable? People keep saying this without giving a number."
---------
According to the NYC.gov website, "affordable rent" is defined as no more than 30% of income.

Are You Kidding Me ?!?! - You get less living "Space" with more development.
I don't live in Manhattan because I like my living "Space" -
space between me and my neighbors, space to see more than a brick wall out my window, space to feel the cool night air on a summer night with the windows open.

No More Development In Queens !!!

We keep speaking of "affordable".

Why must we make things "affordable"?

Where did this concept come from?

I imagine this quote explains much: "From each according to his ability, to each according to his needs".
This concept of supposed fairness from none other than Karl Marx.
It is not surprising that our socialistic and communistic New York City officials are pushing for Another wealth redistribution scheme in the name of "fairness".
Again, being the bearer of bad news: LIFE IS NOT FAIR!
Stop this victim-hood mentality, now termed as "snowflakes".
Wake up and understand, including the occupy and not my president crowd,
YOU LOST, suck it up and move on.

Each person has the ability to vote with their feet.

Move to a State that you may consider "affordable".
That is the brilliance of our Founding Fathers, and the greatness of this Country, fifty States, fifty different economic laboratories, each with their own rules, regulations, taxes, industries and people.

When discussed, everyone has a different conceptual value for affordable.

More so, this elusive, magical number is quite dynamic and ever changing.

Adam Smith's invisible hand of the free market is ever present and ever working!

The always simplistic concept of supply and demand will always be at work and trump all!

Throughout history, time and time again, the concept of Government Price controls and currency manipulation has failed every time.

How are the "Projects"?
For over seventy years, rent control is still a disaster! When will that mess end?
Rent prices mandated to be held yet the TAXES, utilities, repairs, maintenance, insurance, and services, ever increasing!
How is minimum wage working? do you like the kiosks and hamburger robots?
Most every smoker loves and buys out of state cigarettes!

Whenever prices are significantly manipulated, there is always a black-market created for goods and services. And there will be many unintended consequences as with all Governmental actions.

When landlords are forced to sell goods and services below market value, cuts will be made. The dwellings will be built with the poorest quality materials, will be destroyed and deteriorate in short order, and be bulldozed and overbuilt in a few short years. Is that what you really want? Be cautious in your requests!

It has never worked in Russia, nor currently in the disaster of Venezuela.
Stand on line for eight plus hours in the hopes of a loaf of bread?

When in history has Government price fixing ever worked?

When has Government fixed anything???

All of these people, from Mario's son to the REBNY overlords and these two Brooklyn assholes are crass and mentally ill. It is just ridiculous that they are lobbying for this shit knowing full well, and clearly refusing to see it, the enormous homeless population, the decaying of public housing and the disenfranchisement of working poor and middle class residents from their towns because of these warped plans. They are putting capital over people.

If they think comparing themselves to roaches, though apt, in a lame attempt at modest self-deprecation, exempts them from the being described as such they got another thing coming. But what they truly resemble are parasites, more like bedbugs.

And it's clear that these motherfuckers have no ideas left and no more room for their lunatic plans for hyperdevelopment.

It's also clear from their tentative statements, that they are going to face resistance from the citizenry of their targeted locales.

"Only solution is to move."
Sadly I agree. With high property taxes, high water bills, high car insurance, lack of parking almost in any area plus all the new immigrants not assimilating to America makes Queens a real "Crappy" place to live.

I honestly don't know what you people keep complaining about.

Each year the Queens public schools get better. The test scores are up, more kids go to college and they out perform the Queen's Catholic schools.

The streets are lined with amazing restaurants and there are residents from all over the world.

On top of the that , real estate is appreciating (would you rather it go down?). Property taxes are 1/3 of Westchester.

Some of the best technology jobs and start-ups are only miles away. There are jobs literally everywhere.

The test scores go up because the tests are dumbed down. Better than Catholic schools? Hardly. How does having streets lined with restaurants and people from around the world help the average joe? Most people still cook at home. It's nice that property taxes are 1/3 of Westchester but who can afford to buy here? If you don't work in tech, you are hurting for work.

There, I fixed that for you.

No, they don't. I don't mean that in an insulting way but no they don't.
Look at the sea of delivery people.

>>Most people still cook at home.


The writing is on the wall.

If you don't work in some form of technology you'll most likely be out of a job in 10 years.

Taxi driver, delivery person, short order cook, cleaning person, factory job, garbage pickup, coffee maker.... The AI and robotic advancements have been picking up so much speed lately that the price is going to drop so that having a robot is cheaper than minimum wage.

>>If you don't work in tech, you are hurting for work.

Here are some practice tests from first graders in math and a literature worksheet used in class. Does this looked dumbed down to you? It looks grade level to me and in fact pretty hard for some kids.

Here's some 8th grade math...also pretty up to level.


>>The test scores go up because the tests are dumbed down. Better than Catholic schools? Hardly.


What planet do you live on if you think college students make 100k/year?? And even if they do make 100k/year they also have 80k worth of student loans to pay off. So I don't know what planet you live on? I see a lot of college students just living in their parents basements smoking weed while having some stupid job like bartending or working in Starbucks or a restaurant making a little bit more than minimum wage. So please give me what you are smoking so I can be obvious too.

So what is affordable then ? What's the number ? If we don't know what that number is people need to stop saying " build affordable housing.

College students don't make 100k but surely college graduates make 40k starting at their first job and hit 100k about 15 years out after moving up in a particular industry . That's pretty common .

>>What planet do you live on if you think college >>students make 100k/year??

So what would be considered affordable?