Rikers Island makeover in the works 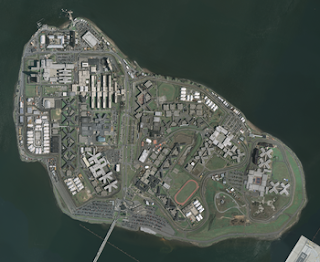 But despite a culture of violence that’s resisted reform for decades and a movement to close it — backed by politicians, celebrities and activists — political realities appear to have Rikers Island headed for a makeover, not a shutdown.

Mayor de Blasio has promised to release his own long-term plan for the massive 10-jail complex within swimming distance of LaGuardia Airport in the coming months - and it doesn’t include shuttering the facility.

Officials tell the Daily News the mayor’s plan includes resuming construction on a controversial new jail on the island that has been stalled since he took office, along with the roughly more than $1 billion dollars worth of improvements on the island included in his 10-year preliminary budget.

Advocates and other elected officials say the only way to fix Rikers is to tear the place down and scatter modern jails in neighborhoods across the city - an idea staunchly opposed by some vocal groups in the communities that would be affected.

And others are drooling over the development prospects.
Posted by Queens Crapper at 10:17 AM

It's too bad a glut of hospitals have shut down because everyone with influence as elected officials, city planners and real estate, and p.c. interest groups should all be electroshocked, strait-jacketed and locked in a padded room with these lunatic theories for Rikers. None more idiotic and dangerous as building little jails, like dunkin donut stores, around residential areas. So if Rikers shuts down, which it fucking wont I believe will, will jailing violent and non-violent offenders be left to privatized prisons? And building on a toxic refill. What if after the demolition of the prison, EPA inspectors conclude that it should be designated as a superfund site. That's if there is an EPA in the next year since Trump and Pruitt have such grand ideas.

The solution to the myriad problems with Rikers is to tamp down on the culture of violence and inherent corruption, proper vetting of correction officers, administrative laziness and indifference, the pervasive influence of gangs and alpha types and more punitive charges for repeat offenders.

That place is hell. The workers are just as bad as the inmate, I've seen it with my own eyes.

Shut it down, send them to Gitmo. Then use the space to construct hotels for the homeless.

Extend LGA so we can get more air and noise pollution !
That's whats going to happen instead of investing in Stewart Airport.
Airports need to be built outside of the city limmits away from the large metro areas with hight speed rail service.

All of our elected officials need to take a comprehensive tour of the Rikers Island facility!

I think an eighteen month in depth excursion would be about right...

I can't believe anyone would think that people would happily accept jails being built in the middle of their neighborhoods.

or how about the totally laughable "community policing". that should be a blood bath.

it's a jail. who gives a damn. it's not supposed to be the four seasons. if you're sent to Rikers it is not because you are a fine upstanding citizen of the community. all these damn politicians want to do is build, build, build. leave Rikers the way it is. if it's "Hell" like Golden Boy Andy says it is, then that's a reason people shouldn't want to end up there. .

What delicious irony that the dynastic Andrew Cuomo (a/k/a Mario's arrogant, dysfunctional son!), would ascribe hell to Riker's when the REAL hell for every single New York State 'hijacked-and-held-hostage' taxpayer is the man made hell that Cuomo himself FOISTED on us all.

And, why isn't this descendant of Caligula behind bars yet? Likewise, Sheldon Silver, Dean Skelos and son Adam? Cynicism, anyone? Well, cynicism is just a very unpleasant way of telling the truth——a truth that every single taxpayer knows except the purported journalists who keep insisting that they have integrity, whilst taking every action to betray it (and We, the People), with a vengeful impunity that is unprecedented, to date (exactly like the crooked-and-corrupt governor's OPENLY PRACTICED crime spree)!

That's why I correctly refer to King Cuomo and the two 'OTHER' free walking Albany kings as: CRIMES WITHOUT CRIMINALS! He should be the last parasite to describe what hell is, given that New York State is a hellacious creation of this arrogant subhuman's diabolically, psycotically mind of terminally lethal portent!

And, the public be eternally duped, bilked, scammed and damned (as violence, lawlessness, vigilantism and anarchy consume our daily, lockdown lives of 'prisons without bars')!

Actually, many of the people there are awaiting trial and are thus, presumed innocent. But many people there are also somewhat brown - I wonder if that paints your opinion of innocence and what a jail should be, hmmmm?