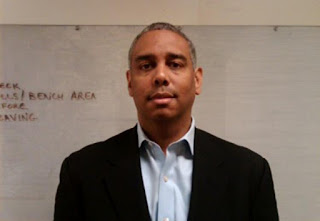 New York State Attorney General Eric Schneiderman apparently has had it with the steady stream of delays coming from Councilman Ruben Wills (D-Jamaica) as the councilman moves closer to trial on corruption charges.

Wills was scheduled to appear before Queens Supreme Court Justice Ira Margulis on March 1. The councilman is accused of stealing about $33,000 from a nonprofit group that he ran.

Wills has repeatedly denied the charge, as well as one accusing him of redirecting $11,000 in campaign funds for personal use.

He did not appear, with multiple published reports saying his attorney, Steve Zissou, notified Margulis that he had forgotten to inform Wills of the date. Wills is said to be recovering from surgery in February for an unspecified ailment.

Margulis drafted but did not issue a bench warrant for Wills’ arrest. This past Monday, Wills’ attorney did show in court, and Wills’ next appearance was set for March 13.

But Schneiderman’s office said there were indications this week that Wills now is seeking to hire a new attorney.
Posted by Queens Crapper at 6:51 AM

his is about the 3rd time now that this major SE Queens political douchbag has delayed his corruption hearing due to bogus excuses, “I am sick”, I need an operation”, “I am black”, blah, blah, blah.

Take it like a fucking man, but then again you are no man, you are a boy, a douchebag boy at that.

Why is this dick still in office.

See folks, this is what you get when you put in these low-class ghetto assholes into office. And those who voted for this clown are major douchbags themselves.

Another thug politician. Book him Dano!

Where's Wills? He's tougher to find than Waldo these days. I think he's busy trying to stay one or two steps ahead of an indictment.

Another career criminal living off the taxpayer dime.

My favorite excuse for this kind of nonsense: 'Well if the job paid better I wouldn't have to supplement my income"!

Wait until his lawyer says they should throw the charges out because he didn't get a speedy trial! It's in the Constitution!

If this was some regular goldbrickin' deadbeat bag of dicks and shit instead of an elected one, bounty hunters and the feds would have dragged his ass out of whatever rock or palatial bedroom of one of his donor pimps he hiding under or in. But instead scumbag Wills and his shyster lawyer gets to fuck with the laws with impunity. But this behavior from the purveyors of honest graft is normal now since Mayor Big Slow is still running the city even after getting grilled Bharara and Vance.

And normal is fucked.