Helen Marshall has passed away 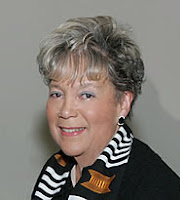 Helen Marshall, who served as Queens borough president for 12 years after many nearly two decades as a Democratic lawmaker at the city and state levels, died Saturday in California. She was 87.

A former teacher, she spent her years in public office with a sharp focus on education and expanding library services in Queens.

Marshall was the first African-American borough president of Queens and the second woman to occupy the post in the most ethnically diverse county in the country.

“Helen Marshall was a larger-than-life figure in the civic life of Queens and the State of New York,” said Melinda Katz, who succeeded Marshall as the borough president.

“During her decades in public life, Helen fought tenaciously to improve our children’s schools, to address seemingly intractable quality-of-life issues and to secure a fair share of City resources for Queens.
Posted by Queens Crapper at 8:28 AM

Even this lovely lady couldn't take it here anymore and went to California.

Although we know that much of California is not any better.

May she be at peace!

No idea she was African American. She should go down in history as the first AA politician to not play the race card in every other breath.

Expect an early spring (gonna start my tomato plants) because Donald Manes, Estelle Cooper and all the other crooks will be opening the gates of hell for her.

Of course all the bullshit “how wonderful she was” and “she did so much for Queens” will come out of the mouths of asshole elected officials, but in REALITY, most Queens folks know she was an awful Borough President like her predecessor Claire Schulman and no better than our current bullshit artist Melinda Katz and helped with the destruction of Queens to make it the CRAP it is now.

Ding dong the witch is dead!!!!

How laughable that the present 'Alley Katz' (and thief-in-command du jour at Queens Borough Hall) is talking so lovingly about the previous liar, cheater and thief, Helen Marshall, to which I say good riddance to rotting trash.

Sadly, for a school teacher she learned all too quickly how to hustle her way to a path of disgraced, political worthlessness and epic, humanitarian fail (exactly like Katz herself and that walking corpse, Claire Schulman)!

Never listen to a crooked-and-corrupt failed leader in praise of another equally failed traitor, because death doesn't absolve the heinous crimes and sins of a puppet like Marshall--sins that will now sadly malinger LONG after her body turns to toxic ash.

Meanwhile, the statue that ironically represents all civic virtue (the same towering monument that Marshall evicted on Saturday, December 15, 2012, under the cover of darkness from Kew Gardens Plaza--her final act of contempt for Queens County before she vacated her vacuous position), is STILL languishing in virtual obscurity at Green-Wood Cemetary in Brooklyn. Worse, the statue looks ridiculous at ground level without its former fountain base pedestal, stripped of its power and presiding over the dead and buried!

Yup--karma is a bitch, Helen, and it finally caught up with you! May you never have peace (just like you inflicted upon we, the living, with impunity)! Coulda, shoulda, woulda. . .

How can they tell?

The Queen of the payoff, no thanks to Helen there was no support or help for tenants.

She got her start back in the 60s over a school busing issue as I recall.

Well, I guess the Grand Central will now the Helen Marshal Highway.

after all, she had more to do with it than Jackie Robinson with the Interboro.

I didn't know she was black either. But I do know she presided over a failing upper-tier housing project in Arverne

When I first heard the news I thought it was that super crook granny Shulman that was now pushing up daisies. Her turn will follow soon then there will be dancing around Queens. Let's hope they recycle her in Pennsylvania.

Alley Katz is worse than all of them. She's a developers' slut!

Will not be missed except by the developers who bought her. But now they have AC DC Melinda Katz to approve their plans.
Abolish the office of beep. It only exists to grease over development through.

She looks white to me. I cannot believe she is African American.

To Anonymous who wrote: "How laughable that the present 'Alley Katz' (and thief-in-command du jour at Queens Borough Hall) is talking so lovingly about the previous liar, cheater and thief, Helen Marshall, to which I say good riddance to rotting trash."

I know you have your reasons for not giving your identity which is our loss. This comment is beautifully written and well worth reading. Your comments are fact-filled, stated without rancor and a reminder of what this "politician" did NOT do for her constituents. Thank you for setting the record straight.

Whoever you are: Bravo or Brava and Kudos to you.

Actually....if one reviews the history of the offices of various borough presidents of Queens....one can discover that most were corrupt.
They benefited financially from padded deals with suppliers and construction firms.
Was it not beep Maurice Connelly, in the 1930s, that left us with an inadequate sewer system (particularly in Laurelton) and got kickbacks from shady contractors?
ABOLISH THE OFFICE! The appearance that there will be nobody to represent you without a borough president is delusional.
They represent their bank accounts and the developers that fill them.
Alley Katz has scooped up thousands for her offshore bank account, no doubt!
She will bend over backwards and forwards to "accommodate" (blow) any developer.
Just pull her campaign contribution info online from the board of election site if you don't believe it's true.
First she canoodlers with that crook Alan Hevesi. Then she got an infusion of sperm from Curtis Sliwa. Hmmmmm....exactly what you'd expect in Queens....a low class, confused polititical, if not in fact, a real whore!

To all those who say how wonderful of a BP she was. Just a reminder of when we all wondered and Al wrote to QC about it. Great graphics crappy. http://queenscrap.blogspot.com/2012/11/where-hell-is-helen-marshall.html?m=1

Abolish the Office of Borough President. It's a know nothing, do nothing job. I'm sure that money saved in salary and benefits could benefit Queens in some way. It would also help in stopping the developers from ruining Queens.

To M. How: Thank you for your kind words about my post above. Indeed, I have my reasons for remaining anonymous, mainly because there are vicious, corrupt, dishonest, dishonorable, disloyal, lying, cheating, stealing——and monstrously self-serving parasites on the public city and state payrolls (where lunch-and-a-manicure is considered a stressful day within the daily anarchy of the city council that disgracefully passes for work, as well as up in Valhalla, I mean Albany——Emperor Andrew Cuomo's personal, openly practicing criminal enterprise of political thuggery!), where many if not all of whom make their living feeding off of the human misery that they themselves created, and who willfully and recklessly inflict upon constituents like me, as they continue to ignore all requests for helping their subjects (with impunity), whilst practicing 'selective' and 'occasional' representation that is not only a dereliction of public duty, but a DEVALUATION of all honesty itself——to pathologically traitorous effect——and, the public be eternally duped, bilked, scammed and damned (the predictable, continual loop of political arrogance, corruption, graft and greed never ends——and, neither does it end for everyone else in the rank and file, all of whom continue to pay a soul-crushing price of more of the same disgusting taxation without representation).

Alas, there was a time when I thought it safe to write publicly on blogs like this without the protection of anonymity. But, then the ruthless, predatory Queens, Brooklyn and Manhattan politicians (not public servants) and their massive, 'Friends & Family' payroll of cronies would have a field day excoriating and vilifying me, and my well documented complaints against them, because it is FAR easier to continue to 'Attack And Retreat,' and 'Accuse And Evade' than rolling up their sleaves, getting their fingernails dirty, and doing the work of the people for which they are vastly overpaid (with self-appointed salaries and pay bumps, no less, that were never the result of public referendum——yet another shamelessly brazen act of arrogance that continues to betray all pretense of public trust, ethics, integrity, accountability and transparency——to nullifying effect!

In the end, say what you will about President DONALD J. TRUMP, but how right he was last year when he loudly and proudly said about ALL politicians (and the reason why he was elected in the first place): ❝They're ALL no good❞——and, this latest passing is but one, low-level, vacuous example in Helen Marshall's entirely 300% false, fake and failed leadership why. Sadly and tragically, her monstrously failed leadership and public trust betrayals are FAR, FAR from the exception to the rule!

The beep office shouldn't be abolished. Jimmy O has done some great things as SI beep. His constituent serves are even better than that of Tony Avella.

One single word to describe her:

A mediocrity of the highest order. Her lady-in-waiting Alexandra Rosa, her press flunkie Dan Andrews, and her go-fer Melva Miller kept her literally propped up and from falling down. Giving us only the impression of compos mentis. Listening to her speak publicly was an embarrassment for the audience.

And, Marshall collected her filthy pension to the end for whom everyone else paid a soul-crushing price! So, what has changed, then? With all of these letters on this thread that speak of openly practicing criminal government enterprises, what has this blog actually accomplished by way of holding ANY and ALL politicians (not public servants!) accountable?

THEY'RE ALL LAUGHING AT US, SHEEPLE——and, LAUGHING ALL THE WAY TO THE BANK (on We, the People's dime and future)! As the late, great George Carlin correctly stated: ❝It's a BIG CLUB——and, YOU AIN'T IN IT!❞ (Then, Carlin followed that statement with: ❝And, YOU and I AIN'T IN IT!❞)

https://www.youtube.com/watch?v=acLW1vFO-2Q (George Carlin on You Tube: The American Dream)