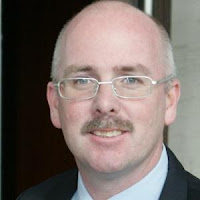 Disgraced ex-Councilman Dennis Gallagher now works with a Queens consultant who’s under attack for trying to strong-arm GOP candidates into hiring him, The Post has learned.

Gallagher, who stepped down in 2008 after pleading guilty to sexual-abuse charges stemming from accusations that he raped a woman in his Middle Village office, is listed on a city government database as an “additional lobbyist” with GSP Consulting, a Sunnyside-based firm run by Jay Golub, a dentist.

Gallagher, a Republican, confirmed that he does consulting work with Golub and that he’s done consulting for Councilman Peter Koo (R-Queens) but said he hasn’t done any work for Republicans in Queens “on a paid basis.”

This is kind of old news. Wonder why this is just coming out now?
Posted by Queens Crapper at 12:35 AM

NOTHING FROM NOTHING IS NOTHING

Someone's trying to drop bombs. I wonder, could it be the same guys living in a glass house?

When will the expenditures of the 28th AD Housekeeping fund get published?

Adam, if you're suggesting that this came from Haggerty, you're way off. Let's just say Mr. Tabone and Mr. Hornak should keep their mouths closed while dining in public and then the truth wouldn't be leaked out.

It's amazing that in this day and age when we are supposed up be intolerant of sexual abuse and assault, that a political party would embrace someone who pleaded guilty to such a crime. Sick.

Why the hell is Adam the Democrat defending the GOP's ongoing relationship with Dennis Gallagher?

Very strange relationship Adam has with the corrupt GOP of northeast Queens.

Do you usually employ consultants who are sexual perverts?

Did "doofy" Dan "hollerin'" Halloran use the services of Gallagher too?

Perhaps Adam has a
learning or comprehension disability which could explain his quirky positions.

Such people should be required to take out a special license" to operate a blog and have his "mommy edit what he posts.

There should never be a statute of limitation on crimes against the people...especially by a government official or public servant!

Glad to see the Post exposing the sick, twisted and very low standards of the Queens GOP and Peter Koo for hiring Dennis Gallagher, the disgusting degenerate from Middle Village.

Hey Adam aren't you the same Adam complaining about the corrupt Stavisky crew? These boys are just as bad and this piece of shit is a convicted rapist to bot? What gives?

Na doofball Dan just hired his number one operative to teach his team the ropes. Ain't that right?

Gallager please go away
Move to another state or planet
You are a filthy disgrace
How can you live with yourself?
oh I forgot you are a product of the Quens political machine

old news indeed. saw a mention in a weaklie more than a year ago:

Not that it's not worth reporting again.

Crappy expressed shock that a "political party would embrace someone who pleaded guilty to such a crime. Sick."

The Queens GOP is sending the message that it's OK to sexually assault a woman. Imagine the outcry if they had hired Michael Vick - people would picket outside the headquarters decrying the hiring of someone who killed dogs.

i agree with crappy.the g.o.p. should not be associating with disgraced D.Gallagher.

that being said,why is the democrat party still associating with the disgraced and convicted sexual perverts in their party ? they name their clubs for these impeached and disbarred scum. finance regulation laws are named for some who have disgraced their elected office.

there must not be a double standard. checks and balances for all ,not just the chosen by the M.S.M.

While the Republicans tear each other apart, the Parkside Group is happy as a clam, waiting, brooding like a specter with a Cheshire smile. There's nothing to stop them.

In reality there are two Queens GOPs. Who's right? Who's wrong? I don't know, what I do know is that you guys are idiots.

I thought you and your gossip blog were going to stop them. Tell me, how does slamming Republicans you dislike stop Parkside? The problem is not them, but the limp wristed Democrats you support who won't stand up to them. They aren't even effective lobbyists or political consultants anymore. It's because the status quo is what they prefer, where they all get their turn feeding from the trough.

"Pinky" Gallagher's face must be as red as a tomato!

Caught in the act again...Dennis the menace.

If Adam is the best
that La Famiglia Di Vallone can do...buono fortuna (good luck) to northeast Queens.

Adam better quickly find himself an Eve or a nice tight knothole to putz around with.

His brains are obviously soft boiled.

Who the hell would want to follow his boggy blog except maybe the learning challenged?

The vallones are getting stronger everyday as are the republicans up north.
the parkside lost there POWER and there only hope are the three ones led by debra markell that can't get one vote out of bay terrace
i guess gerry will always be there to serve the parkside. i say he gets parkside nod once Again they have no choice there is no one viable left
ADAM KEEP UP THE GOOD WORK INFORMING THE PUBLIC OF IS GOING ON

He owes no one

Al Centola Write his name or convince him to run.

Although I give him my kudos for mouthing off to power!

If that were the case he would run already.... He's on the frontline with the issues and only wants to better his community for its children... To me a legend in his own mind would run being that he thinks he is a legend... He tells it like it is and has a genuine concern for the community...

Al has my vote.

Hey...let's empty our prisons of rapists and give them political consultation jobs!

Which one was that...anyone know?

i think that the g.o.p. should keep D.Gallagher out of the political scene.

do you know that H.R.C., U.S. Sec of State, has a staff member whose mother and father are members of Muslim Brotherhood and similar terrorist organizations. the staff member is Huma Weiner.

this was stated by Former N.S.A Director Frank Gaffney ,on the Aaron Klein,ABC AM Talk show on Sunday.

don't you think this fact is dangerous to the U.S.and Queens County security ?

Doesn't Gallagher
have to register as a sex offender?

I guess that wouldn't look too good...a registered Republican sex offender working for a Republican councilman as a "consultant".

Dennis has his "needs" and perversion is his creed!

"this was stated by Former N.S.A Director Frank Gaffney ,on the Aaron Klein,ABC AM Talk show on Sunday."

Well that certainly makes it true!!! They wouldn't ever make a partisan or biased statement, would they?

Gallagher has been consulting for a fake G.O.P. Cm KOO, who has been bundling for Democrat Comptroller LIU.