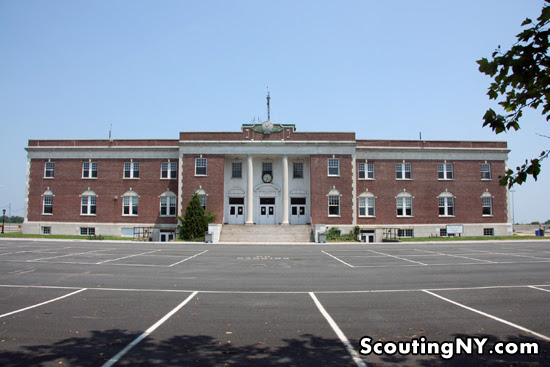 Before LaGuardia and JFK, Floyd Bennett Field was New York City’s first airport, at a time when nearly all air traffic was based out of Newark.

Great photo tour!
Posted by Queens Crapper at 12:34 AM

Really? I beg to differ!!! Queens once again gets misrepresented and you saw the truth first on Queens Crap.

The airport was named after the famed aviator and Medal of Honor recipient Floyd Bennett (a Brooklyn resident at the time of his death from illness during a rescue attempt). It was dedicated on June 26, 1930, and officially opened on May 23, 1931.

Holmes:
Holmes Airport was a small airport that opened in 1929 in the Jackson Heights neighborhood of Queens in New York City.

Real estate developer E. H. Holmes built the airport on approximately 220 acres (89 hectares) of undeveloped land. He organized and sold stock in Holmes Airport, Inc., but claimed that some wanted to see him fail. In February, 1929, Clarence D. Chamberlin, the aviatrix Viola Gentry, and Dorothy Stone, actress and daughter of Fred Stone, broke ground for the new airport.[1] It had two hangars, an office, and two gravel runways, of 2,800 feet (853 meters) and 3,000 feet (914 meters) in length, respectively.[2]

The new airport opened on Saturday, March 16, 1929, attracting 100,000 visitors on its second day of operation.[3] Later that year, the first scheduled flights from New York City began when Eastern Air Express started a two-day service to Miami from Holmes.[2]


And what about Flushing Airport???

Flushing Airport is a decommissioned airfield in northern Queens in New York City. It is located in the neighborhood of College Point, near Flushing. The airfield was in operation from 1927 to 1984. It was originally called Speed's Airport and was one of the busiest airports in New York City before the emergence of the larger LaGuardia Airport.