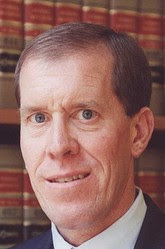 A federal judge rejected a sweeping settlement on Wednesday that would have appointed a monitor to oversee the troubled New York City Housing Authority and required the city to pump at least $1.2 billion into repairs.

The judge, William H. Pauley III, also strongly suggested that the federal government should take over the authority instead.

In a scathing opinion, Judge Pauley deplored the “breathtaking scope” of the squalid living conditions in the city’s public housing complexes. He rebuked the city for its mismanagement of the agency, and said the federal government had abdicated its legal responsibility to overhaul the nation’s largest stock of public housing that is home to about 400,000 vulnerable New Yorkers.

The unexpected ruling threw the future of the Housing Authority into doubt and unraveled a deal that Mayor Bill de Blasio had staked his reputation on as a champion of public housing tenants.
Posted by Queens Crapper at 12:25 AM

I guess this city is going to have to find a steady stream of revenue to legitimately fund the restoration of and improve the conditions of public housing. Which may/should involve revisiting that idiotic Amazon land deal.

I know, let's put a helipad on the roof of the NYCHA executive office building for the next full-time president to fix the projects.

Yet another of a growing list that political hacks that we elected and that they select to run the city are in totally over their heads.

Yes, I know that gay Pacific Islanders have problems, and economic refugees from ill-run crap holes with whom we share the Western Hemisphere deserve attention to get on their feet so they can vote Democratic the rest of their lives, and good God, the quality of Jamaica Bay's water and the turf on Whitey Ford Field deserve to clutter our in mail, as does the 'quality' cultural scene in Jamaica or Flushing Town Hall and major library outlets throughout the borough deserve serious attention, to say nothing of the latest culinary 'feat' from your local mobbed up money laundering eatery garner thrilling announcements, but really, Queens, there is a big world out there and we are completely losing touch with it.

This is a problem just like Jamaica Queens where no amount of money, sanitation, enforcement can fix anything.
The problem is these urban and 3rd world people LIKE living that way, spend 2 million fixing up a tenement and it will revert to the trash, rat and graffiti ridden dumps in 2 weeks.
The city now has an excuse to impose more taxes, traffic cameras, fees including new city DMV registration & title processing fees charges on the good law abiding people.

The judge is also a jackass to suggest the feds take over housing, if so what happens if we get another Obama as president with a democrat House & Senate in 2 years.
They could ram this housing crises shit down everybody throat at federal gunpoint including mandatory use of any unused basement capable of getting a COA.
--Very bad for private home owners, what they need to do is close the dam borders and stop America from becoming the planets flop house.

It’s ironic that if the landlord was an individual they would have been thrown in jail a long time ago, but since it’s liberal NYC elected officials running this debacle no one is held accountable.

You can blame the landlord for having animals THE CITY STUCK HIM WITH messing up his property.
The landlords only crime is perhaps being stupid enough to purchase a Section 8 building, or taking the cities bait of "guaranteed rent $$" and creating one.
Welfare tenants, most of them are horrible, spiteful, baby makers who are as destructive and malicious as its gets. Those kids then repeat the process when they have kids. Result look at Jamaica or projects in the Rockaways.

Does this mean, now that the deal with the City is gone, that federal prosecutors will go ahead and prosecute those responsible for the crimes committed? Let's see.

Even the Mexicans in Tijuana don't want the caravan illegals.

... by official record. It's estimated up to another 200,000 live there with relatives. Did it come up at all what % of NYCHA residents are in arrears on their rent? Unemployed?

The project has become an abject failure, and not for lack of money. Time to sell it off and get out of the housing business. That money could be better spent on capital improvements the government is best for: roads, school buildings, transit, parks, and the like.

>They could ram this housing crises shit down everybody throat at federal gunpoint including mandatory use of any unused basement capable of getting a COA.

Has this ever happened anywhere in the US? People keep bringing it up like it's occurred before.

Like others have said, if these people didn't want to live in filth they would come together and help clean up the mess.

I'm sure everyone in these buildings has some ability to mop or clean.
Just because the housing is low doesn't mean each individual shouldn't be required to maintain where they live.

If a faucet is broken why not try to fix it on your own... they want to live for next to nothing and then also have you fix all their issues. Some amount of personal responsibility should be required.

As a homeowner if I don't take care of my home and it falls apart that's also on me.
These buildings weren't handed over to these tenants that way. At a point we need to be real and look at the people that are living in these places.

You can toss billions at them and give it 5 years it'll be in the same condition.

"Has this ever happened anywhere in the US? People keep bringing it up like it's occurred before"

Its happening right now where have you been?
New multi unit buildings are subject to the city’s Mandatory Inclusionary Housing requirements. These sneaky backroom deals with Google & Amazon included.

The mayor wants all the private 1 family's and mother/daughters "socialized" with the poor flooding into the city. That's coming, real soon as these democrats indoctrinate more communist methods of getting things done. Your free re-modeled basement, sewer line and guaranteed rent money will become your biggest nightmare. You will then sell to some foreigner willing to put up with the bullshit and live 6 to a room.

Got no confidence in any agency to fix this...federal, state, or City...or private corp for that matter. The whole problem is seemingly intractable from conception - a temporary fix never intended to be made permanent in the way it has, with no one party properly incentivized (except perhaps by fine + jail time) to do their job properly.