Will Melissa be appealing to citywide voters? 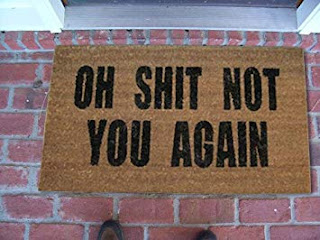 From AMNY:
Melissa Mark-Viverito is looking to get back into city public office.

The former City Council speaker announced Tuesday that she plans to run in next year's special election for public advocate. Mark-Viverito, who first announced her bid on "Mornings on 1," will kick off her campaign with an evening event at Borough of Manhattan Community College.

She has said she would hold city and state leaders accountable over the state of the city's transit system, ongoing problems at New York City Housing Authority developments and issues of inequality, as public advocate.
Posted by Queens Crapper at 12:30 AM

Shes a terrorista who supported Oscar Lopez who killed and injured many New Yorkers. https://nypost-com.cdn.ampproject.org/v/s/nypost.com/2017/06/11/puerto-rican-terrorist-rides-on-parade-float-with-mark-viverito/amp/?amp_js_v=a2&amp_gsa=1&usqp=mq331AQHCAFYAYABAQ%3D%3D#referrer=https%3A%2F%2Fwww.google.com&amp_tf=From%20%251%24s&ampshare=https%3A%2F%2Fnypost.com%2F2017%2F06%2F11%2Fpuerto-rican-terrorist-rides-on-parade-float-with-mark-viverito%2F

This is exactly why this "office" has to be terminated. Here's another repulsive neoliberal fauxgressive no one likes trying to extend her useless political career as a ruse to enrich herself.

She will only advocate for illegals. That's always been her platform. She hates America. She hates white men. She's a born and bred Socialista.

This means she was unable to get a job.

The office of Public Advocate should be abolished along with the useless figure-head position of Borough President.

This office should be abolished, it has no influence, no enforcement authority,no budget, and no real power, it's a ceremonial office, and it is more a rung on the ladder for politicians to cool their jets until it's time to run for Mayor or Attorney General or other office. And we're paying for it!

Hate her, but she's politically very savvy: DeBlasio brought this on himself when he gave away the farm to Amazon and started privatizing NYCHA, which will give her plenty of opportunity to take leadership of the "progressive" wing of the tiny piece of the electorate that comes out in the off-years to vote. If she gets in, she'll be very well positioned for a mayoral run in 2021.

She won't have to be appealing to city wide voters it's a special election, low turnout. And since she is a communista she'll probably win.

The only person the Public Advocate advocates for is the Public Advocate. This waste of tax dollars position should be eliminated. As for Viverito, she needs to go back to Puerto Rico and run for governor. All her wealth and real estate holdings are there. She's a terrorist sympathizer and a power monger. Please just make her go away.

Its gonna be a tight race between her and councilmember Jummane Williams who is thinking about running.

I can't wait to see which of the two morons the voters pick. The scary thing is they usually run for mayor after being advocate so whoever it is will probably be the next mayor too.

Like her crony pal, Bill de BLASS-hole, she is NOT a public servant (is anybody?), she is a public parasite, feeding off of the massive, human misery that she and the hyper-corrupt City Hall have FOISTED onto hardworking people, all of whom have been unable to hold anyone in City Hall AND Albany ACCOUNTABLE: THEY ARE NOT ACCOUNTABLE, and their daily dereliction of public duty is what continues to cement 'taxation WITHOUT representation, NO SOCIAL CONTRACT, and a lawless, vigilante style system of taking matters into one's own hands.

There is nothing new about cradle-to-grave, government 'wannabe' types like THIS drunken wench, and as long as there are people who look at race, ethnicity, religion and gender as automatic, qualifying factors to hold a position of public office IN LIEU of ACTUAL qualifications, then there will always be unjust enrichment for the scourge of political elitism that has always dictated PRIVATE SPLENDOR versus PUBLIC SQUALOR.

> As for Viverito, she needs to go back to Puerto Rico and run for governor.

Given the incompetence of PR's state government, she would actually be a significant improvement.

SHE HAD HER CHANCE NOW GO AWAY !!

There is no way under the current climate that she would be elected mayor. If she wants money go work for some campaign.

Why is there a political event at a CUNY college?

A totally polarizing figure--self-serving and ambitious. Even among low life politicians, she is near the bottom.

Curtis Sliwa is running. I'll vote for him.

>Why is there a political event at a CUNY college?

I would assume her campaign has rented out their auditorium.

"Given the incompetence of PR's state government, she would actually be a significant improvement."
She'd encourage all of the poor and downtrodden to leave the island for mainland America so that we the taxpayers could pay for their welfare, medical, kids, etc., etc.

REMEMBER, Puerto Ricans on the island do not pay federal taxes.

The budget for the pub advocate is about $4 million for 2018. That could be used to put some more cops on the subway .Or by subway sandwiches for the homeless. Anything but waste it on a useless office.

Well if the current election trends continue, she will wrap herself up
In the Latina socialist club cloak ala Ocasio and win with the support of all the hipster yuppies, women, latinas and other assorted vermin. it will be interesting to watch these “progressives” start to turn on the each other because of race, whil stiil pointing the finger at others a calling others racist. Antifa will be in a real bind as who to support. Strange days in deed