Queens Council on the Arts now lobbying for liquor licenses 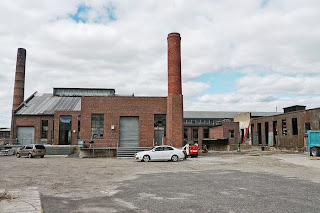 The Knockdown Center continued its years-long fight to secure a liquor license at the Community Board 5 meeting last Wednesday, during which affiliates, employees and the owner of the center all took to the microphone and handed out pamphlets advocating for the board to reconsider their vote last year to deny the license.

The move comes after the center’s recertification hearing last month with the State Liquor Authority, during which a vote on the license was postponed until the SLA’s June 2nd session. The SLA had previously denied the center’s initial application in May of 2014.

A handful of other community members attended the meeting to make the case for the center, however a board rule limiting the number of people who can advocate for a certain issue during a public forum to three precluded many from speaking.

In a letter she was unable to read aloud but passed on to this newspaper, Lynn Lobell, Grants and Resource Director for Queens Council on the Arts, said her organization was a strong supporter of the center.

Pardon me, but why in hell is the grants director for a tax exempt not-for-profit arts organization such as QCA lobbying a community board for a liquor license?
Posted by Queens Crapper at 12:49 AM

I hope they all get thorium poisoning.

The millennials appear to have an alcohol problem. Aren't there enough bars that they brought to the city?

Return the factory to its industrial use. It was the "Gleason-Tiebout Glass Company." Maspeth want jobs.

Cocktail waitresses or manufacturing employees? It's up to you.

Here is the board. Typical Queens, heavy on real estate and light on the arts. Not as bad as the library but then, if that is your bar, its saying a lot....

"...but why in hell is the grants director for a tax exempt not-for-profit arts organization such as QCA lobbying a community board for a liquor license?"

The answer to that question is...She's bought and paid for.

PS 1 throws their summer Saturday night booze parties.
That's how they get people to visit that "art" center.
What a ruckus these party goers create in the nabe.
The area becomes a public toilet.

I really despise these people in the QCA. Who are really shady entrepreneurs under the ambiguous ruse of a non-profit. The bigger fraud is naming themselves a council, which would give people the impression that they are an elected body.

Apparently the only manufacturing jobs that the city and these supposed liberals truly wants are professional go-fors. These cretins are truly contributing nothing to the towns they want to devour.

One would have to get shit faced to even look at some of the crap QCA sponsors.

QCA is a joke...a fourth rate org....like everything else in Queens. All of these arts not for profit groups were created to give patronage jobs to loyal political butt kissers.

This is becoming a trend. Schneps got a liquor license for his stupid LIC Flea. But then again, when you are the King of Queens you can get whatever you want, including using a street that was permanently closed down at the request of Kaufman Studios for the supposed purpose of film creation, for another one of his Flea Markets.