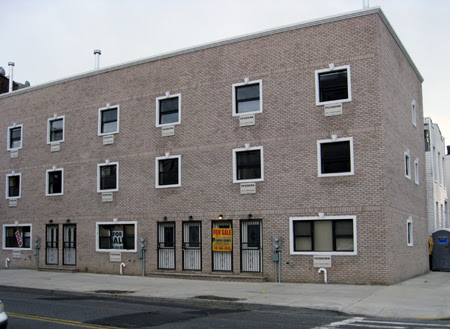 “A surprising solution for city’s housing dilemma” (May 4) correctly addresses a growing regional cohesion forming across Nassau and Suffolk counties concerning transit-oriented projects. The issue, however, is that the transit-oriented approach isn’t a one-size-fits-all solution. Each Long Island Rail Road station and downtown that surrounds it has a variety of factors and infrastructure limitations—beyond a NIMBY mentality that fears "Queensification" — that prevent the allowance of density.

Long Island’s locally sourced zoning is in place thanks to our area’s reliance upon a sole-source aquifer system that provides our drinking water and limited wastewater treatment options. Density is being increased in areas that can handle such growth and kept to a minimum in places where our antiquated roads and cesspools cannot mitigate against the impacts of development.

Long Island historically has fueled city growth by providing suburban living and an educated workforce. By thinking regionally, we can cohesively deal with our affordable-housing shortage, but we must respect the factors that make Nassau and Suffolk both challenging to develop in and appealing to their residents.

Isn't it comforting to know that there's a term called "Queensification" that basically means "crap"? And it dates at least as far back to 2005...
We all know exactly what it means, and this person unfortunately nailed it.
Posted by Queens Crapper at 12:11 AM

Ugh.... Why does the city *need* affordable housing? Why do only people of a certain middle to upper middle income bracket have to take it upon themselves to live within their means, even if that results in leaving NYC?

And the "White Man's Burden"-esque response that we need it to house all the busboys, secretaries, and janitors - why can't the residents paying market rate just be made to pay more for these these service personnel, and if that makes it less desirable to live in the city, maybe it would ease the underlying dysfunction that perpetuates the insane real estate prices in the first place?

Queens is a third world country

The more slobs that come here the more federal money the city gets. Thats why census workers are so aggressive to get the numbers up. Those 2 scumbags Mayor John Lindsay and president Johnson started this shit back in the 60s. A slow death for the city that has since snowballed out of control.

Long Island would be lucky to be Queens. Give me Astoria, LIC, Jax Heights and Forest Hills with all its short comings over East Meadow, Wantagh and of course the arm pit of NY State -- Hicksville!