No way to treat trees 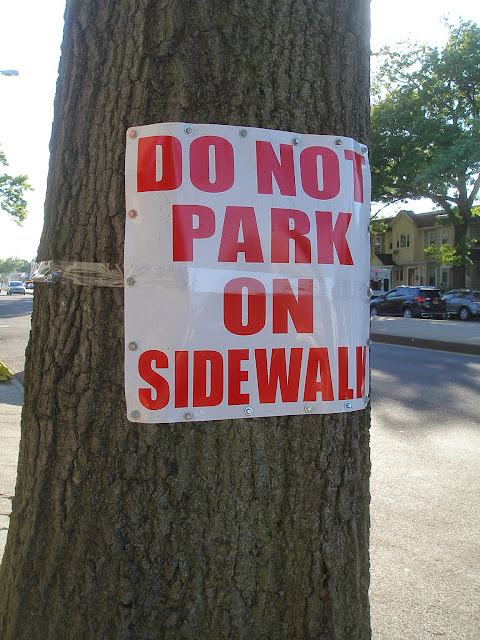 Sonny's Auto Repair at 106-12 Atlantic Avenue in Ozone Park has been a bad neighbor since the day they moved in several years ago: sickening paint fumes, illegal parking, noise... Whatever they could do to be inconsiderate to their neighbors, they've done it.

Now they're being mean to the trees. On the tree closest to their shop they've used at least a bolts to attach a sign which reads "do not park on sidewalk". The irony being that they do this all the time themselves! 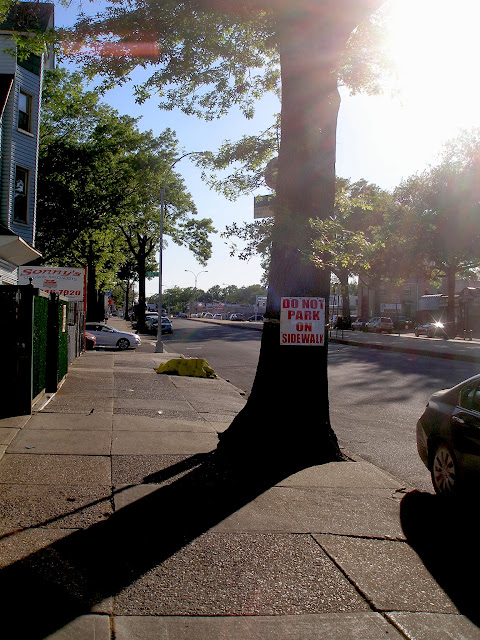 There was a healthy tree near the 106 Street corner that was taken down earlier this year. Rather than pay a few bucks to have the stump ground out, they chose to paint it yellow.

I have contacted 311 about this. But whether the city does something to correct the matter has yet to be seen. In the meantime, I thought that this might be of interest to your readers. 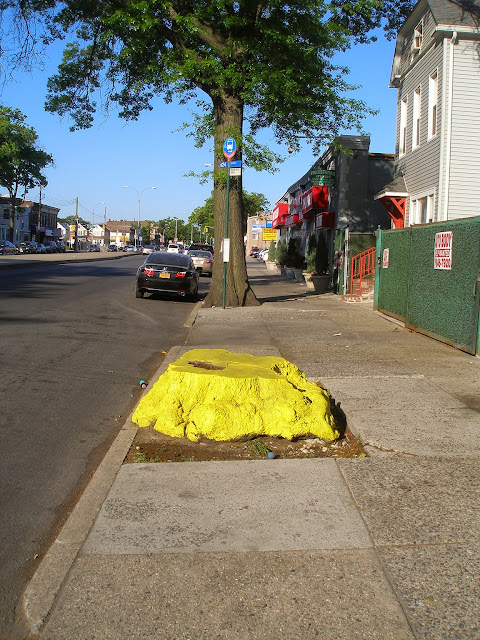 what a piece of crap Sonny's Auto Repair is! someone report this turd to Sanitation so he'll have to pay a fine.

This chop shop obviously has contempt for community and environment, with a big hubric chip on their shoulders.

This is not unusual in Southeast Queens. A lot of people just don't give a shit, and our city even more so. There's an enforcement slowdown on all levels.