Silvercup West proposal back for renewal 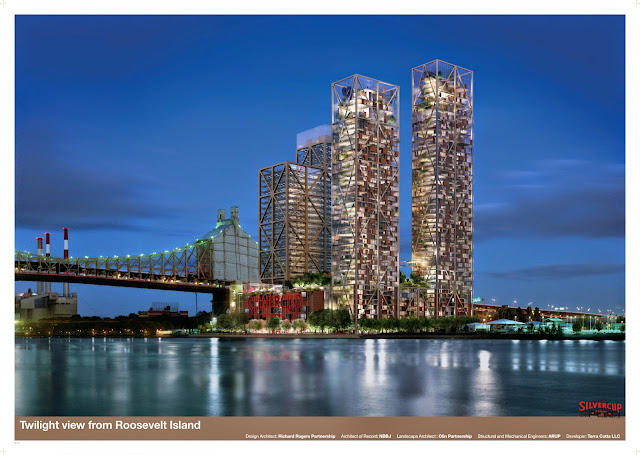 Silvercup West, the long-delayed mixed-use development next to the Queensboro Bridge, was brought before Community Board 2 on Sept. 17 to renew special permits and authorizations.

In 2006, when the project was going through the Uniform Land Use Review Procedure, Silvercup West was praised for providing waterfront public access, affordable housing and office space for the film and television industry — in honor of the project’s namesake, Silvercup Studios.

Within two years of CB 2 approval and City Council approval, the development was stalled for various reasons and has since remained in limbo.

Now with the special permits and authorizations about to expire, developers want to renew.

“It is important to know this project has already been approved, so your consideration should be based on the facts upon which the project was approved and whether or not those facts remain true,” Marcie Kesner, the attorney representing the Silvercup West developers, said.

The permits in question are for a Silvercup sign on the side of one of the new buildings; building setbacks, which would allow builders to pull back the height of the buildings from the proximity to the Queensboro Bridge; and 50,000 square feet of waterfront access on the East River. The special authorization would be for the construction of a 1,400-car parking garage.

Overall, board members seemed largely in favor of the plan, though the Wednesday night meeting was a public hearing.

Questions asked by members were clarifying ones to ensure the project would still provide affordable housing and build an adequate seawall.

“At the time, the community board asked for 10 percent of units to be set aside for affordable housing,” Kesner said. “The commitment that was made was for 15 percent of units in the two south towers or about 150 units will be built off-site as affordable housing and then it breaks down for low-income, etc. If the developers do not fill the north tower as an office tower, but instead build that as a residential tower, the equivalent of 20 percent of the units would be affordable.”

hmmm. didn't someone say that Big Alis is a problem - is that not Big Alis on the left?

Now we are removing power plant for the building which means we will be more dependent on Big Alis.

Isn't this building downwind from the Big Alis stacks? Abut even with their tops.

I do hope they have balconies.

How about IF Silvercup West can convince the mayor to dismantle some of the blighted Queensbridge Houses until it's not the biggest housing project in America, THEN they should be rewarded with building 2 towers with productive taxpayers?

THEN they should be rewarded with building 2 towers with productive taxpayers?
--
The impact of infrastructure costs on any development is never covered by the taxes it produces, a situation made worse by the tax breaks every builder thinks is a God given right and our politicians, assured you will automatically elect them, are too lazy to stand up to.

Development is a wealth transfer from the poor to the rich.

Hell, if the Sunas cared about the community, why don't they finance Noguchi and Socrates instead of being subsidized by the tax payers big time by institutions that, if they are great as they claim they are, should be able to raise money like other cultural institutions: public fundraisers and grants.

Remember the first major oil refinery in this country, by Standard Oil, was built around there.

It seems that even in the 19th century the local political talent made it known that pretty much anything goes in LIC and Queens.

holy shit,this is a current musical on broadway that's,according to the recent ads,about living in contemporary new york set at the intersection of choice and chance.Has the mindset of these immoral inveastors,greedy developers and predator realtors inspired this bland musical about hipsters in NYC?


Yes, I was surprised to see it too but it has cropped up two or three times almost offhand but published in first rate media.

Someone should do a study on this - in an organization that has not been tainted by a flood of developer money which means no one in NYC.