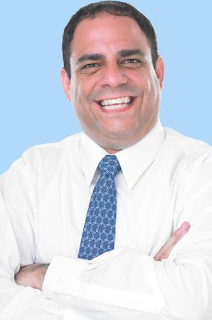 The New York City Council on Friday proposed a package of bills intended to battle climate change by slashing greenhouse emissions, shrinking the carbon footprint of city operations, and cutting the number of cars on the road.

The legislation, which builds on environmental initiatives undertaken over the past decade, was announced ahead of next week’s United Nations climate summit.

A bill being introduced by Councilman Costa Constantinides (D-22nd), of Queens, would set a goal of reducing greenhouse gas emissions by 80 percent from a 2005 baseline.

The package of bills includes measures designed to promote low-carbon transportation such as bicycles and to expand a car-sharing program for city-owned vehicles.

Because buildings are responsible for 75 percent of the city’s greenhouse gas emissions, several measures are intended to make large and small buildings more energy efficient.

One bill would require managers of large buildings to complete a training course in energy efficient operations of building systems.

There is also a proposal for a “Green Jobs Corps” program that would train New Yorkers in areas such as performing energy audits and retrofitting buildings.
Posted by Queens Crapper at 12:26 AM

These are the same people who support Al Gore the phony. This is all bullshit. If these people really want to save the planet, they should all get rid of their cell phones. That's what's really killing our living and social environments..

We've received the government we deserve. Equality will be achieved under this administration, we will soon all be poor and miserable, except of course for the wealthy liberals

This guy is a puppet of Virginia Joe and does things (like gun control) that really has no direct connection to his community but is on the laundry list handed to him by his sponsors.

If he is really serious he would do something about the wild over population of his district causing gridlock with cars pumping exhaust into streets that never had traffic like this.

Keep in mind the one thing that drives these people, it is a need to create the problems required to implement their solutions.

What's an ILLEGAL ALIEN going to do as soon as he gets that municipal ID card?

@georgetheatheist: exactly.
Along those lines, maybe the Council could concentrate on enforcing DMV and insurance laws.
Go anyplace in NYC, especially the outer boroughs, and see how many cars have out of state plates.
Watch what percentage of these are large, expensive to insure locally, vehicles: escalades, cadillacs, etc.
Finally, look at who is behind the wheel.
When you pass a residential contracting job, see if the van has proper signage and a 'commercial' NY plate. More than likely the tag will be from PA, with the work being done by a crew of illegals, without permits.
These are the areas that need enforcement.

If they want to encourage non automobile transportation to reduce greenhouse gasses they need to enforce the crosswalk laws. Most of the illegals don't realize that in NYC every intersection has a crosswalk, it doesn't have to be painted. If there is no light you have to yield to pedestrians who have the right of way. But then the pols and their sponsors would have to slow down too, so it'll never happen.

"What's an ILLEGAL ALIEN going to do as soon as he gets that municipal ID card?"

No, no Senor.
The illegal alien will open a several bank accounts then get the credit cards offered by said banks and then max the cards out and we legal citizens will have to pay through higher interest rates and fees.
Our boy mayor and his lackeys in the city council are freakin' idiots and we will pay for their gross incompetence and pandering.

Together with the Roosevelt trash on TV, this Climate Change propaganda should be registered as an independent camapign expenditure by Obama, Pelosi and Reid.

He can reduce carbon emissions by working on his waistline.