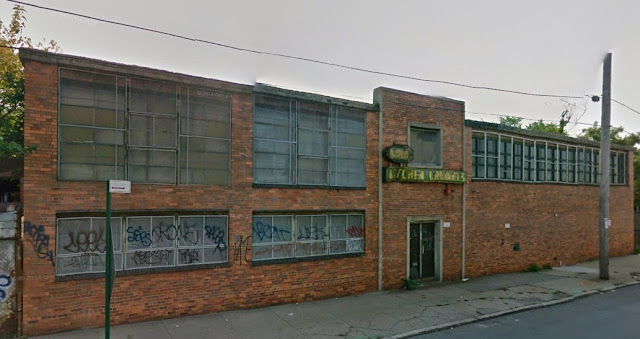 Community Board 5 has had it with former factories looking to open as alcohol-serving event halls.

At last Wednesday’s meeting, all 35 board members voted in opposition to a 600-plus person liquor license for a yet-to-be-named establishment at 56-06 Cooper Ave. in Ridgewood.

CB 5 Chairman Vinny Arcuri and various board members worried that the site is too similar to the Knockdown Center, a former Maspeth factory-turned controversial arts and entertainment venue that battled the board for much of the last year over its unsuccessful attempt to garner a liquor license.

Like the Knockdown Center, the Ridgewood building has a large outdoor space capable of hosting packed events featuring hundreds of people and would like to host live musical acts as well.

“It’s another warehouse, another oversized operation without proper experience in management,” Arcuri said. “We’ve got to be alert to all of these.”

Arcuri expanded on the proposed liquor license in front of the board to discuss all alcohol permits for establishments looking to serve more than 600 people, specifically asking the Land Use and Public Safety committees to study the option of automatically opposing all such sizable liquor permits.

For decades, certain members of CB5 were salivating over the possibility that Ridgewood might be poised for gentrification. Now it's arrived and brought with it "seasonal" hipster party-fests in factories that used to actually provide year-round jobs. This is a classic case of "be careful what you wish for" and "reap what you sow". And this is just the beginning! The applicant is Justin Carter.
Posted by Queens Crapper at 12:54 AM

these pubebeards and 12 year old kid mustache style rubes are ruining music and culture while they are ruining towns with their presence.

Also,they have made the term and art of being a DJ meaningless since they play most of their "Jams" on laptops and probably iphones.In fact,they are destroying art,music,films and the enjoyment of drinking booze and smoking pot simultaneously

Great job ridgewood,you don't need these false dilettantes in your town.Their vision is to create a society resembling that awful bud light whatever u.s.a. campaign or a neverending coachella festival with massive crowds of dunces and fools.In a way they are trying to make NYC the fun city that mayor lindsay flippantly remarked to reporters some 40 years ago.


Generation Gentrification MUST BE DESTROYED

p.s. to all you cretins who dare to visit this site...

this is what a dj is:

Will you people stop complaining about hipsters already? It;s one thing to single out law breakers and the developers who keep pushing like the boathouse and the knockdown apologists, but this dowdy disapproval of everyone who doesn't envision Queens as a caucasian neighborhood in the 1950's where people went to church on Sunday and were tucked in bed by 10PM is moralistic stupidity and un-American. Jeezus Christ...

Once again, be careful what you wish for.

We used to play in that place (and after hours inside the Ridgewood Beer distributor warehouse when it was on Decatur & Seneca)
The backyard is the CONRAIL tracks I honestly don't see what he problem is nobody worth a crap lives around that area anymore.
The 3rd world ferals and single moms of 5+ lurking around PS-68 tossing trash, soda bottles, gum and dirty diapers 2X a day 5 days a week are a far more nuisance you can no longer walk near PS-68 without something getting stuck to you shoe. These illegals are getting real ballsy & brazen due to all the new anti-arrest protection the democrats are giving them!! They will now fight in "packs" especially if your white

I cant sell my house because of these 3rd world slobs ! They animals are FAR worse sober in the afternoon then any drunken hipsters, homeless artists & musicians I have known.


Ergo, it just comes full circle, except for different tastes in alcohol, clothing, and liquor. What a thing to get upset about, like none of the people who rant on this board ever pumped up the volume on the jukebox or stereo when they were fresh out of college.

Like Joe said, I'll take these people over 3rd world slobs and the entitlement crowd any day of the week. Even though mommy and daddy might be paying the rent, at least its more likely honest money paid by legal citizens that doesn't come from my pocket.

No, what it means is that the apartment you used to pay $1200/mo for is now $3000 because some midwestern douchebag is willing to fork that over. Get it?

Will you people stop complaining about hipsters already? It;s one thing to single out law breakers and the developers who keep pushing like the boathouse and the knockdown apologists, but this dowdy disapproval of everyone who doesn't envision Queens as a caucasian neighborhood in the 1950's where people went to church on Sunday and were tucked in bed by 10PM is moralistic stupidity and un-American. Jeezus Christ.

you think these subhumans are of the same ilk as those wholesome surburban families in the 50s that voted for ike?

Wake up anon 3.these are the times here and it doesn't leave much hope for the affordability of living here for middle class and working poor.It's not even safe for the trustfund babies either which is why they are moving to ridgewood because they got priced out of williamsburgh and bushwick.

in fact,the priced out hipsters and yuppies seem like the most eligible to get apartments via deblasio's affordable housing plan.to fill up the 80 of the 80-20 towers.

These people make it so that it's not affordable to rent or buy. How is it that Ridgewood stayed an affordable neighborhood for decades, even at market rate, and became ridiculously expensive almost overnight? The answer is hipsters, not Hispanics.