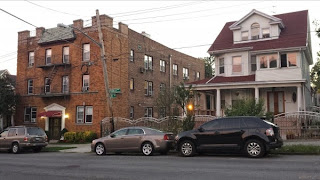 Perhaps the most ambitious project of his mayoralty, Hizzoner Bill de Blasio’s 10-year, five-borough affordable housing plan is not without its critics.

Just ask some residents of Woodhaven.

“It’s a cheap way for the city to provide ‘affordable housing,’” said Sherman Kane at last Thursday’s meeting of the Woodhaven Residents’ Block Association. “It costs the city nothing. We, as middle-class homeowners, would be providing the solution.”

In late July, the WRBA reached out to the mayor’s office via a letter expressing their concerns and requesting more information, and has even circulated a petition decrying the $41 billion project. The civic has not received a response.

“We just wanted to be more educated on what [de Blasio] is trying to do,” said WRBA President Martin Colberg last week.

Colberg noted that one of the main concerns is zoning, and how the plan will involve green-lighting basement and attic apartments. Published reports indicate that de Blasio is keen on converting previously illegal basement and cellar dwellings.

Colberg said the mayor’s sweeping response cannot come at the expense of a community’s character and the lives therein.

“We’re talking about safety—of the NYPD, of the FDNY, if they have to go into the [converted] house, the safety of neighbors,” Colberg posited. “Whether you’re a renter or a homeowner, you’re going to be affected by this.”
Posted by Queens Crapper at 12:17 AM

this is what city council should have been doing in the first place.surviving in the triboro area means you got to do everything yourself

despite the majority of schools opening on time,pre-k is still a mess because of poor planning and vetting of teachers and venues.And why not bring up obamacare as a comparison.it was similar in its execution.this housing plan is getting messier everyday.I have a feeling Sam Chung might get some contracts to build a few.without a net of course.

bravo to the citizens of woodhaven,those are your houses and if you don't want to rent out your basements and attics that's your right.besides,those rooms are meant for older kids.

and beware of generation gentrification,these are mayor zero vision's true constituency.being by an el train attracts these clowns.don't let them "discover" your town.

To late for Flushing, unfortunately!

It's already overrun with tacky conversions and incredibly unlivable basement apartments - they're more like hallways with bunk beds - I've seen more than one - I have Chinese friends.

And the Chinese only rent to other Chinese so forget about this strategy helping any Latinos, whites or blacks.

Gentrification is not the same as "affordable housing." Both can be bad, but push come to shove, the second is probably far worse in most cases.

Its funny - i just went through a half dozen cartons of Queens newspapers from the past 20 years.

The one thing that struck me, besides the big step down on the quality of our elected officials and their concern for the communities they were elected to serve, was the repeat of a half dozen topics over and over again.

The tiny number of people in Queens that matter.

That last topic seemed to come in waves that would crest when city council would pass 'new tough legislation to combat the problem.'

The problem was, as usual in Queens, once everyone is told that their officials had taken care of it, our little sheepie fell asleep content that those they were told to put into office to do the heavy thinking for them has finally responded to the people's will.

What a bunch of losers.

Call 311, push the button at the stoplight, blame a faceless agency, the mayor, the governor, the president, God, and then go back to your hole.

Comrade Bill says shut the hell up and do what he says, or else.

I wish one of these social planning geniuses could state the goal of cramming everyone in the world into NYC. We have already built on every inch of space,we have more people than we have housing for, we have more students than we have classrooms, we make more garbage than we can dispose of, we have more workers than we have jobs (even minimum wage). When is enough, enough? The politicians encourage more people to come here (Rite to shelter, welfare,food stamps,Medicade, etc.). No one ever talks about zero population growth anymore. What ever happened to quality of life? We keep electing people that do not realize that NYC is FULL!

Wasn't Ozone Park recently downzoned? Why can't Woodhaven be downzoned as well, Woodhaven has beautiful historic houses (even if it's under vinyl siding) and should be preserved you still have blocks of well preserved Brick row houses similar to ones found all throughout Brooklyn except in a more suburbanish family neighborhood. it's a great neighborhood that should remain as is.