Gary not a fan of Caroline 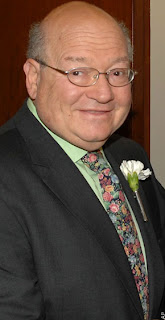 A Democratic congressman compared Caroline Kennedy to Sarah Palin, saying the would-be senator hasn't proved she has the "guts and the gumption" to succeed Hillary Rodham Clinton.

Rep. Gary Ackerman of Queens said on CBS' "Face the Nation" Sunday that the Kennedy legend and connections won't be enough to make her a successful senator if Gov. David Paterson appoints her to the U.S. Senate.

"Everyone knows who she is, but I'm not sure what she is," said Ackerman. "Eventually she has to get in the ring, and face the public."

"DNA in this business can take you just so far," said the congressman, before cracking a joke. "Rembrandt was a great artist. His brother Murray, on the other hand, Murray Rembrandt, wouldn't paint a house."

Note that Gary only seems to get press when he's displaying Borscht-belt type humor.
Posted by Queens Crapper at 12:27 AM

Caroline's the best thing that ever happened to him. The Boutonnier got on Face The Nation.

Compare Caroline to Pallin? Are you out of your mind........ Caroline the deity of the Kennedys is all air - what kind of entitlement is this - only a Kennedy does this stuff. Give me Pallin any day- a gal who ballsy, hot and not afraid of fighting fire with fire.

What exactly has Mr. Ackerman ever done? Anyone? I wouldn't draw too many comparisons to Ms. Palin, Gary. In her very short time in politics she has made you look woefully inadequate by comparison. Ditch the boutonnier too. It doesn't help your image at all.

Caroline Kennedy is not qualified.

The Republic is now ruled by oligarchies:

All you need to rule is your name.

Watch your back, Gary.

And the Weprins. They'll be playing hot potato with the council seat for awhile.

I'm no fan of Caroline Kennedy, but Ackerman is the fool who voted for resolutions to honor Ramadan and Diwali, but against a resolution to honor Christmas. No one outside his district even knows who he is, even with the boutonnier.

Honoring Christmas does not further the cause of tweeding.

Don't forget about the Hevesi dynasty:
Rabbi Simon Hevesi- Chief Rabbi of Budapest. His grandson is Alan Hevesi, the disgraced comptroller. His sons are Andrew and Dan.

Gary Ackerman was buddy buds with the cult guru Sri Chinmoy. He got the Bengali con man buried in his very own tennis court on Normal Road in Jamaica, NY.

why would this Jew boy be hanging out with Chinmoy Ghose and the submissive gopis of Annam Brahma resturaunt on 165th Street?

good Question- answer, Chinmoy's bag boy Ashrita (Keith) Furman has a daddy who is deep into real estate. besides Chinmmoy owned a large apartment building on Parsons Boulevard until he unloaded it in 2002. A cult leader needs a congressman to push around.
Especially when the submissive gopis start saying no more free sex for you, you ugly bum. What a coinky dink! the same year one of the guru's girlfriends let the cat out of hte bag is the very same year Chinmoy sold that building.
the members of the group were told that they could not live in the builiding at any time!

He's been hoddwinked by the cult leader who died a millionaire and left his devoted followers nothing. Expect for the bag boy who winds up as treasurer of the Sri Chinmoy Meditation Center Church Inc.

time for Ackerman to take a little rest.

He can read Combatting Cult Mind Control by Steven Hassan.

Must be required reading for the bald headed boys in the smoke filled room.

And you thought they went out of style with Guy Lombardo and the Roosevelt Hotel New Years Eve?

Palin, and you can have her.

take her right back to the alky and crystal meth capitol of our good 'ol USA.

"take her right back to the alky and crystal meth capitol of our good 'ol USA."

You are so right Lino. This is a fine upstanding neighborhood and we certainly don't want any of that coming to good ol NYC do we. We like it just the way it is.
Get out from under your rock.