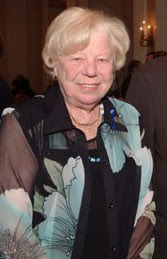 The Historic Districts Council posted an article from the NY Times from February 1993. Check this out:

“He was typical of most in Queens,” Mr. Vallone said. “He viewed it as another intrusion from Manhattan to the outer boroughs.”

“Donald Manes had his own views on landmarking, but he’s not here anymore,” said Peter Magnani, the deputy to Borough President Claire Shulman, who has strongly favored landmarks. “This is a new era.”

I hope you all get to see 2009 before dying from laughter.
Posted by Queens Crapper at 12:09 AM

The more things change, the more they stay the same...

she should hit a fucken pole and die , she keep all of our tax money gave us nothing no street light no streets no side walks no swers no nothing and now wants to take our land . this old bitch is no good for anything ,if i see her again ill piss on her she's a dog and another money graber like hiram the girl cuter. die in 09 you will never see willets point get done you old bitch

...girl cuter... Joe, your illiteracy is unintentionally hilarious but your misogyny is showing.

What exactly was said that was misogynistic?

Yeah, if anything, it was misoclairistic!

ok biggie girl cutter is that better , but not to get of the subject this old bag should get ran over in willets point and so should you the both of you have to be the bigest assholes yet , and you your a city blow job that went bad

misoclairistic!
i think biggie carlos does't even knows what this means and he talks about me a little old man , hit a pole will you biggie carlos are you still pissed that you were tossed out on your ass momas boy . this old bag her time was up years ago now she can die and never see the ending to willets point

When he does hit that pole, let's salvage the car and sell it to Sambucci.

is she dead yet