CB1 says no to home for mentally ill 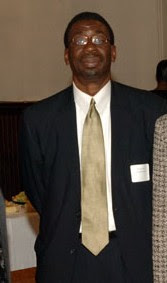 A proposed Astoria home for mentally ill homeless adults has provoked a surge of opposition from neighbors who fear it will hinder much-needed development in the isolated community.

Urban Pathways, a nonprofit social services agency, plans to establish a 50-unit supportive housing complex at 27th Ave. and Second St. If it receives state funding, it could open in about two years.

Community leaders said the location was inappropriate because recovering addicts would have easy access to illegal drugs sold at a nearby public housing complex.

[CB1 member Jean Marie] D'Alleva added the project could deter a developer interested in creating waterfront housing a block away.

The board voted 35-1 against supporting the proposed residence.

Here's an idea...build it next door to his house.

The community has a surge of oppostion? That is a joke.

No one in that community does jack shit unless the machine tells them. Then they hold a protest and 10 people show up (5 lobbiests from outside the community) and the Gazette makes it look like 50.

Helps if the protest is on Steinway Street. They crowd is nothing more than curious shoppers.

SURE AND THEY TALK ABOUT 10,000 'UNITS' (IN OTHER WORDS FORTY THOUSAND PEOPLE) CRAMMED NEXT TO THE ASTORIA HOUSES AND NO ONE ON THE COMMUNITY BOARD SAYS A THING.

When is that community board moving into the Pisstilli Building?

The facility is not the problem. The impact it will have on new development is the problem.

They are ignorant people to protest against the developmentally disabled.

You mean they want to put tens of thousands of new people in an area with no stores and one access road?

How in the hell is that to work?

They will be buidling stores and (get this) a ferry to Manhattan will handle commuting.

Protesting 50 units when they are looking to build 1000s of units makes as much sence as worrying about the fed ex facility at the community's margins.

Maybe we will see a discussion about the shameful discrimination against disabled people on Astorians.com

Maybe we will see a discussion about the shameful discrimination against disabled people on Astorians.com
-----

only if the clubhouse lets them.

Protesting 50 units when they are looking to build 1000s of units makes as much sence as worrying about the fed ex facility at the community's margins.
----------

I like what the community said when their faces were rubbed into facts: the impact of 200 trucks a day (like one every 10 mintues) is a big deal while they say nothing about double digit growth that has gone on for decades.

They scowled when confronted with the real world and simply (stupidly) repeated the same thing over and over again as if facts had no bearing.

Most people who live and are relocating to Astoria are mentally ill, anyway. They only want the place for themselves.

That is def. not Fred Shack- Fred's African-American

My bad. I replaced it with the correct photo of Shack.

The board voted 35-1 against supporting the proposed residence


Ah the power of poltical appointments.

astoria is a big joke.

only the clueless or desperate want to live there anymore.

They dont want 50 drug addicts living in their neighboorhood becuase, they can get drugs from the projects. Why not demand that the NYPD clean-up the projects, instead of protesting the home for the mentally ill? I think that would make alot more sense.