There's nowhere to cool off in Southside Queens 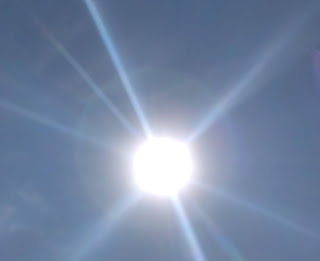 New York City is under a heat advisory for the next few days, but the city has allocated fewer resources to helping some of Queens' most vulnerable residents stay cool in their neighborhoods.

In response to forecasts that the city will feel hotter than 100 degrees through Tuesday or Wednesday, the Office of Emergency Management (OEM) has opened hundreds of cooling centers throughout the five boroughs — but, many areas of Queens with residents that are at high risk for dying during extreme heat events don't have access to a cooling center in their neighborhood.

As of Monday there was not a cooling center in the southeastern Queens neighborhoods of Hollis, St. Albans, Springfield Gardens, Laurelton, Cambria Heights, or Queens Village — all of which are among the areas where residents have the highest or second-highest risk of heat injury or death, according to the Department of Health.

When Patch reached out to the OEM with questions about these disparities the agency said in a written statement that "many sites that served as cooling centers in previous seasons remain closed due to COVID-19 pandemic but should be open in the coming weeks to New Yorkers," likely alluding to Queens Public Library branches, which usually operate as cooling centers, but are not right now.

The agency also said that New Yorkers can access outdoor cooling options like showers and drinking fountains, many of which "are located in neighborhoods across New York City that may not have traditional cooling centers available at this time."

Remember that clown at the Juneteeth celebration saying Southeast Queens had the best politicians??? LMFAO!!

We all know it’s Trumps fault.

Could Cooling Centers be a Democratic-party tool to keep black Americans dependent upon the government ? Jusy saying...

Nowhere for the Sheeple to go? It's all Bidens fault.

Should the Sheeple Reject building back better and return to hill hobbitses ?

Billionaires like Buffet, Gates, Bezos, Musk, rely on the government to give them the tax breaks they demand.

Corporations like AIG, Goldman Sachs, the big banks, insurance companies send their lobbyists to D.C. to get their tax breaks too. And unfortunately, the politicians give them everything they demand.

Low income people ask for more cooling centers to stay cool in this oppressive heat wave and they are being punished for it.

Back in the olden days the Sheeple headed for the hills to cool off in the Summer time. Now they got nowhere to go.

Cooling Center? What happened to
Sitting on the stoop?

Power grids can't be built on good feelings. California already found this out the hard way.

HA HA. Where are all those so-called "great elected officials" that the asshole people who live there voted for. You know the usual suspects like Comrie and his ilk.

You get what you vote for. You vote for corrupt, questionable, self-serving shits, the you get a SHIT sandwich community.

It is not rocket science, just more black oppression by black politicians.

A daily reminder: “Weather is NOT climate.”

Clearly, Trump Tower is stealing all of the cities power supply!

The Democrats of NYC literally keeping the lights on for the rich to advertise in Time Square while telling you to bake in your apartments/homes with no AC cause the power grid can't sustain both of you.

This is what happenes when an entire city and state concede all Constitutional power to a criminally insane, corporate obedient plutocracy that now has its own 'PLUTONOMY' for the kleptocratic rich, and their New World Order edict of 'PRIVATE SPLENDOR' versus 'PUBLIC SQUALOR.'

But, worry not, ALL DemonRat worshiping plebeians of 'The ROTTEN APPLE!' Everyone starts out in life with the SAME amount of cooling ice: The rich in summer——the poor in winter!

Are Leftists are the real Nazis ?....Do they want to control every aspect of our lives ?

Cannot depend on the power grids run by Con Edison.

Cannot depend on the "great elected officials" from South East Queens to help and serve the people who voted them into office.

400 pound Comrie is probably enjoying his time in cooler weather far from NYC.

He hasn't done anything positive for his constituents...why should they expect him to do anything for them now?

This is what happenes when an entire city and state concede all Constitutional power to a criminally insane, corporate obedient plutocracy that now has its own 'PLUTONOMY' for the kleptocratic rich, and their New World Order edict of 'PRIVATE SPLENDOR' versus 'PUBLIC SQUALOR.'

But, worry not, ALL DemonRat worshiping plebeians of 'The ROTTEN APPLE!' Everyone starts out in life with the SAME amount of cooling ice: The rich in summer——the poor in winter!

To the eighth Anonymous from bottom ('BAMBOOZLED'):

❝One of the saddest lessons of history is this: If we’ve been bamboozled long enough, we tend to reject any evidence of the bamboozle. We’re no longer interested in finding out the truth. The bamboozle has captured us. It’s simply too painful to acknowledge, even to ourselves, that we’ve been taken. Once you give a charlatan power over you, you almost never get it back.❞ ――Carl Sagan, The Demon-Haunted World: Science as a Candle in the Dark