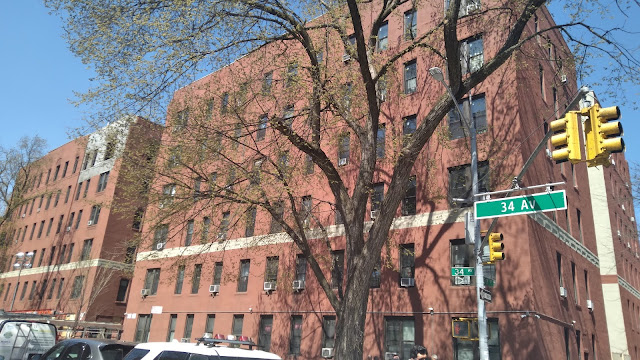 Families who have been provided with temporary hotel accommodation since a fire tore through their Jackson Heights apartment building in April are being given extra time to stay.

The hotel stays were set to expire by June 20, but families are now eligible to stay longer if they submit an application with the New York City Housing Preservation and Development, Mayor Bill de Blasio said in a tweet on June 17.

“The families displaced by April’s fire in Jackson Heights are our neighbors,” de Blasio said. He added that the temporary housing will continue to be provided no matter a person’s immigration status.

It is unclear how long the extension will last.

The families were left without accommodation after an eight-alarm blaze damaged two buildings, located at 89-07 and 89-11 34th Ave., on April 6. There were no casualties but 21 people – 16 of whom were firefighters – were injured.

Temporary hotel stays were initially provided by the Red Cross before the city stepped in to offer hotel accommodation.

The extension comes after members of 89th Street Tenants Unidos Association, a tenant association representing those affected by the fire, accompanied by elected officials held a rally on June 10 to demand that their emergency hotel stays be extended.

This sure is quite a turnaround by the Blaz after what he said a week ago. Apparently, the state's input wasn't necessary and he didn't need that worm Brian Lehrer to protect him from the tenant organizer's leader after all.

A tale of two Heights@WNYC @BrianLehrer purposely hung up on a caller speaking for 500 residents made homeless from a massive fire in their apt building in Jackson Heights when he pleaded @NYCMayor to extend their stay at hotel shelters for time to move back to their town pic.twitter.com/NPZltSaldU

With my Tax money ?

Did they find out how the fire started? I’m curious as to why they’re not in the burn shelter in Brooklyn.