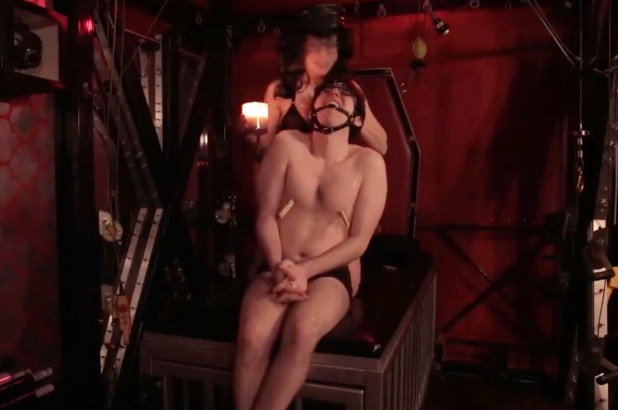 Zack Weiner, 26, a City Council candidate running in Manhattan, has found his campaign tied up after video of him enjoying a sadomasochism session found its way onto Twitter.

“My magnificent domme friend played with Upper West Side city council candidate Zack Weiner and I’m the only one who has the footage,” reads a tweet from the anonymous account which posted the video last week.

The footage — flagged to The Post by Weiner’s own campaign manager — shows a gagged Weiner, unable to speak, subjecting himself to various abuses by a leather-bound woman who pours wax on him and clips his nipples with clothespins.

In a call with The Post, Weiner confirmed it was him in the video and said the footage was made about 18 months ago with a former girlfriend he met during a Halloween party in 2019.

“I didn’t want anyone to see that, but here we are. I am not ashamed of the private video circulating of me on Twitter. This was a recreational activity that I did with my friend at the time, for fun. Like many young people, I have grown into a world where some of our most private moments have been documented online.” Weiner said in a statement.

“It’s definitely a violation of trust,” he added.

Weiner has a professional background in film production and is the co-founder of Stag Pictures, an independent film production company. Zack’s father, Eric Weiner, is a co-creator of the popular children’s television show “Dora The Explorer.”

On the day black people were freed from bondage no less!

Gale Brewer wanting Jimmy Oddo to be deputy mayor and running this city despite his historyu of supporting NYPD profiling Muslims is a bigger concern. Why isn't the media talking about this?

Doesn't this demonstrate an entire generation of Democratic Politicians?

Sad when you think of Roosevelt, Kennedy, et al.

When are you folks going to stop considering Weiners for public office?

What did he ask for a Election or Erection ?

Looks like a fat pig getting ready to be roasted on the spit.

Just my luck. They finally find the secret, lost footage from "Young Frankenstein", and instead of Teri Garr or Madeline Kahn wearing the nipple clamps, it's Marty Feldman. But at least now we know how (and why) the hump on Igor's back suddenly moved from one side to the other...

She blinded me with science.