The tide is nigh for endangered affordable housing 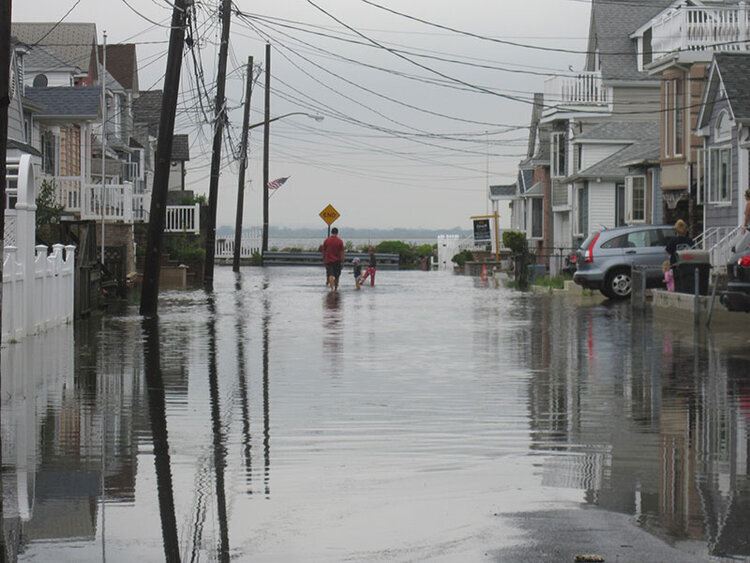 Tenants in nearly 1,800 subsidized housing units in Queens could be displaced as a result of rising sea levels over the next 30 years, according to the first nationwide analysis of the climate crisis’ impact on affordable housing. Nearly all of the impacted units are located in the eastern portion of the Rockaway Peninsula, including Far Rockaway and Arverne.

The peer-reviewed study published by the organization IOPScience found that flooding will render more NYCHA, Section 8 and other subsidized homes unlivable in New York City than any other city in the country by 2050.

“The frequency of coastal floods around the United States has risen sharply over the last few decades, and rising seas point to further future acceleration,” they write. “Residents of low-lying affordable housing, who tend to be low-income persons living in old and poor quality structures, are especially vulnerable.“

An interactive map published alongside the report shows the specific communities facing the greatest risk, with nearly all the units concentrated in Far Rockaway and Arverne. The two neighborhoods have a high number of NYCHA and Section 8 units compared to other waterfront neighborhoods of Southeast Queens and the Rockaways.

A city plan to rezone coastal communities for greater resiliency highlights the dangerous impact on Broad Channel, Howard Beach and the neighborhoods around Flushing Bay, as well. All are expected to fall below the floodplain by 2050.

The IOPScience report anticipates factors 30 years in the future, but New York City already has among the highest number of units vulnerable to flooding at least once a year, the authors write.

At least 1,373 subsidized units are vulnerable right now, a total that represents less than 1 percent of the city’s current affordable housing stock, according to the paper by Climate Central and the National Housing Trust.

“Climate-change-driven sea level rise will continue to amplify coastal flooding in the coming decades,” the report states.. “As community resilience investments are made, complementary policies may be needed to protect against the displacement (and potential homelessness) of residents.”