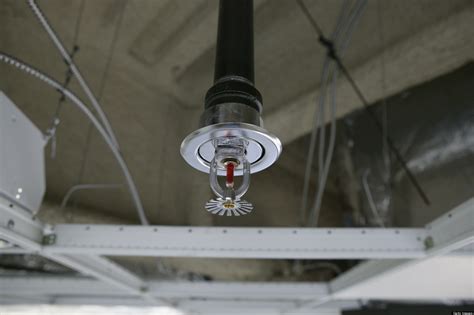 The New York City Council will consider a bill on Wednesday that would require all residential buildings over 40 feet tall – single-family homes, rental apartments, and co-ops and condos – to install sprinklers by 2029. The proposal, known as Int. No. 1146-B, has already generated vigorous pushback from co-op and condo advocates, homeowners and landlords.

“The astronomical cost of such an endeavor is equaled only by the stress of chopping into each and every room in the building to install the sprinkler system,” says the Council of New York Cooperatives & Condominiums, which plans to testify today in opposition to the bill. “Mandating the tremendous capital expenditure for sprinklers will surely divert scarce funds and attention from other urgent goals of carbon reduction, energy conservation, etc. with minimal impact on public safety.”

“This law will have a catastrophic impact on lower-density neighborhoods where owner-occupied multi-family buildings are common,” says a Change.org petition against the proposal started by the 200 Jefferson Avenue Block Association in Brooklyn’s Bedford Stuyvesant neighborhood. The petition has garnered more than 400 signatures since it was put up Monday.

Geez which idiot asshole CM dreamed this up...?

Good gosh, this this is a disaster includes older single family builds.
In small single well built pre-war family homes like you have in Glendale this could cost the owner near $100,000. You have the plumbing cut ins, then need to bust out the walls, ceilings, brickwork then re-rock, tape, plaster, sand, level, texture & re-paint to do it right. (that's over 6 different special trades)
Many of the Stier homes in Ridgewood still have there original metal ceilings that you can not remove without bending or destroying them.
This is a scheme to run the aging white middle class homeowners out of town or force them to rebuild !!

Ok. What CM has a relative in the plumbing business?

The city council, like the mayor, really needs to be tarred and feathered. These criminally insane turds never stop destroying the city, do they?

This is backed by the deviant lame duck Grodenchik, a supposed moderate of the Council. If you love this progressive legisaltion, just wait until next year's council class:

"relative in the plumbing business"

Heck, soon they will require your own Fire House!

By the time the NYC Bolsheviks are done "transforming" NYC into their Progtopia nobody will have a house anymore-everyone will get to live in a classical neo-Stalinist apartment building with sprinkler system already installed. Just don't expect it to work well when you really need it.

So that we understand, commercial building code is being applied to private residences.
Just want to understand.

We have a NO ECONOMY situation and this is what they are worried about?
Ah ripping private homeowners off CCP style.

"this is what they are worried about"

I deal with these bastards daily, sometimes do work in their homes in exchange for favors. They tell me things:
No, its a shill to force small home owners out or re-build into apartments.
If you cant afford the conversion you can make a deal with the city to take Sec 8 tenants and the city helps you not only pay for the conversion but expedite and rubber stamps all the permits. The city knows you need to gut 1/2 the house, spend over $100K to put these sprinklers in, they figure such a cost will make you convert to multi family, 2:Plow it down and build a box, or 3:Sell to a builder and move.
Its a form of both blackmail and communism.
The deBlasio administration doesn't believe in private home, private car ownership. Garages housing cars got get sprinklers or go also!! These bastards want you to share with no private use of anything!

"Don't like our vision to convert NYC into another Denmark, Amsterdam we will make it expensive for you to stay" "single 1 family private use of a home with 2 or 4 people living it is racist waste of space"

Exactly. Green is the new Red. Red was associated with Communism.