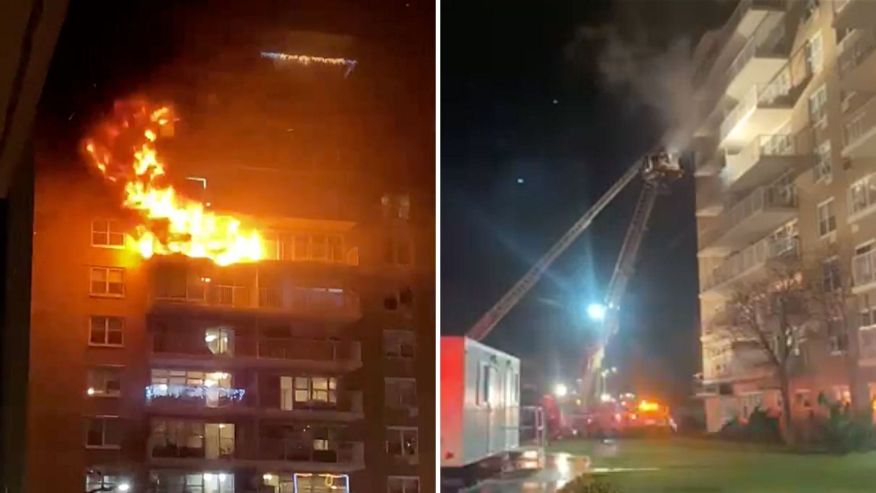 The FDNY said the call came in around 8:45 p.m. for flames in an eighth-floor apartment at a 12-story Rockaway Park building located on Shore Front Parkway.

Video from the Citizen App showed large flames shooting from the balcony of the apartment. PIX11’s Michelle Ross was on the scene and reported the flames were so hot that parts of the balcony railing were melted off.

Meth lab? Something seems a bit off. As usual, the media is un-curious and never seems to ask any interesting questions.

South Queens has almost the same level of fire protection that it did when it was a rural community. It's (past) time to create new fire companies in the Borough of Queens. The people need them!

As usual, the media is un-curious and never seems to ask any interesting questions.

You want to be picketed? sued? have a lefty NYC pol denouce you on TV?

So we have fire and floods.
Sounds like an Electric Vehicle in the garage that's being flooded from the sewer backing up.

That’s a nice Mitchel Lama building. There’s been a bunch of fires there - in 2018 or so child was killed in one

@NPC_translator
Seems like you are an expert on Meth labs. That could explain most of your moronic comments.