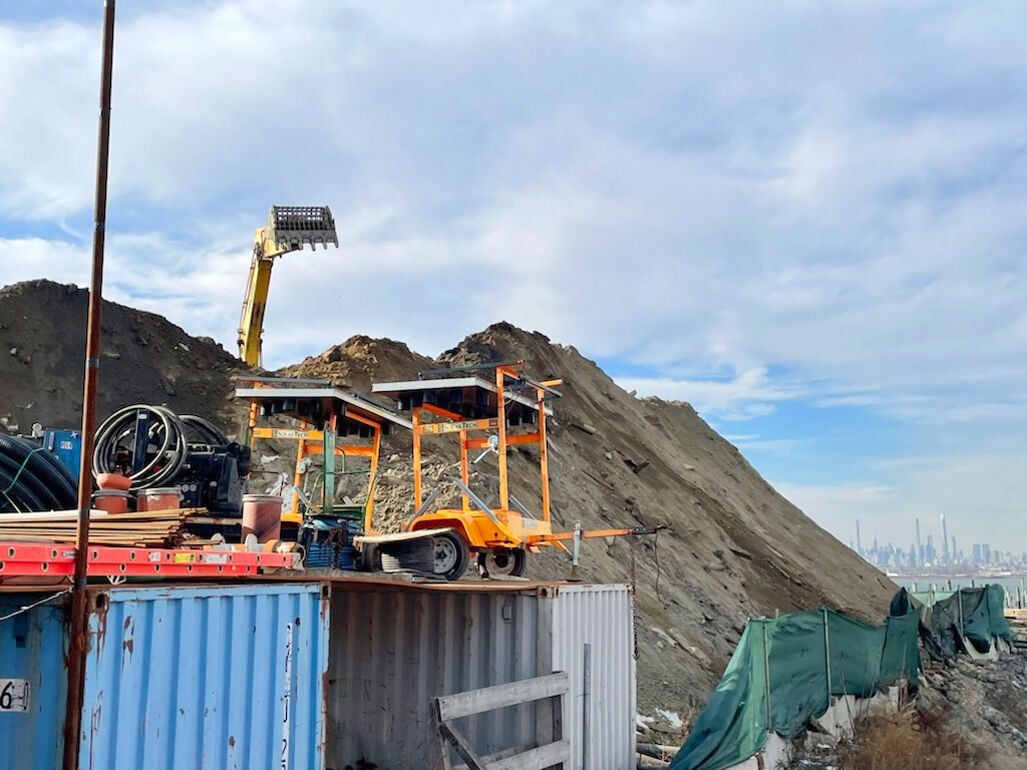 For more than five years now, an ongoing sewer construction project has wreaked havoc in College Point. But more recently, residents, civics and politicians alike have found themselves going head to head with city-hired, contracting company EIC Associates over its alleged violations of the 1972 Clean Water Act at its waterfront site on 20th Avenue and 119th Street.

According to marine and environmental scientist Dr. James Cervino, who is also the environmental chair for both Community Board 7 and ABCP, the contractor has been using the site as a transfer station and recycling center for the entire 20-block project. There, he said, EIC has been dumping illegally.

Such pollution was certainly on the community’s radar at the start of the project, Cervino said further; when this phase of the sewer project started roughly three years ago, he said, the community was “assured ... that there would be total communication” from EIC regarding its progress. That has not been the case, Cervino said: Although the Clean Water Act of 1972 requires that a Stormwater Pollution Prevention Program be developed and shared with the community, EIC has not done one.

“[The contractor] is supposed to protect property where property is damaged,” he told the Chronicle. “It’s supposed to be immediately addressed and information supposed to be provided to the community board. None of that ever happens.”

Asked about the SWPPP, EIC Founding Partner Joseph A. Branco said, “My understanding is that we scheduled a meeting, people were notified, there were a number of people at the meeting.” He added, “I wasn’t there myself.”

The New Jersey-based EIC Associates has been part of a number of monumental projects in the area, perhaps most significantly, the redevelopment of the Brooklyn Navy Yard.

Regarding the company’s use of the site in question, Branco said, “What we have is the materials that are disposed of [for the whole project], every two or three days, we have materials going out. I mean, these are the excavated material[s] going out, but it’s not a transfer station, per se.”

There is a State Pollutant Discharge Elimination System permit for the site, the state Department of Environmental Conservation shows.

Branco also said that the company had hired AMC Engineering to consult EIC on its environmental impact during the project. According to him, AMC had produced the information required for the SPDES permit — a 500-page document — in 2019, which he believes went to the city.

Asked for comment on the situation, a spokesperson from Borough President Donovan Richards’ office said, “We are aware of issues pertaining to this project and we are in communication with both DDC and the local elected officials in order to rectify them.”

Didn't the Vallone's pull a similar trick some years ago in Whitestone? Where they transferred contaminated dirt of a future building site that they invested in and then refilled it with Brooklyn contaminated dirt from the good ol' Gawanis?