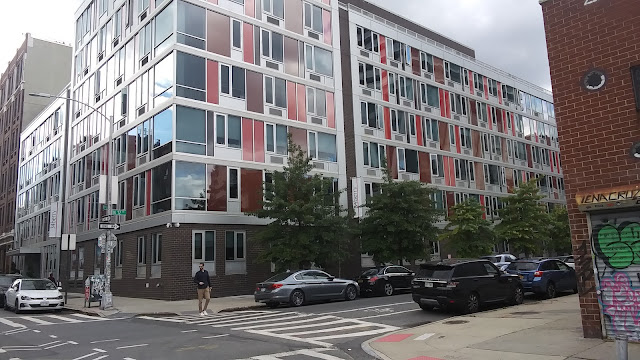 Vicki Been, de Blasio’s ex-deputy mayor for housing and economic development and a former commissioner of NYC’s department of housing preservation and development, and her husband, NYU’s Richard Revesz, have quietly sold their ultra-posh West Village townhouse for a whopping $18.8 million, The Post has learned.

“We needed to downsize, and of course we are staying in New York City,” Been said.

The townhouse, at 230 W. 11th St., is on the West Village’s gold coast, which has become downtown’s Billionaires’ Row, as The Post previously reported. It was an off-market deal. The power couple initially bought the stunning townhouse from NYU’s School of Law Foundation for a mere $1.88 million in 2002.

They’ve stayed tight with NYU ever since. While Been will no longer be working for the city, she said that she will be at NYU’s Furman Center for Real Estate and Urban Policy, where she is currently listed on its website as faculty director.

What a bunch of hypocrites these people are. Maybe next she can go party maskless with AOC down in Florida. Fucking bunch of hypocrites. And I would like to know when mayor dumbdumb will pay back nyc Taxpayers for his "security services". All corrupt assholes.

The Democrat Party is America's largest crime syndicate. Understand that, and everything else makes sense.

Now, that's what I call affordable.

NPC_translator said...
The Democrat Party is America's largest crime syndicate. Understand that, and everything else makes sense.

Actually, it's worse than that. It's a domestic terror group bent on destroying the nation. Al Qaeda can only dream of inflicting the level of destruction this bunch has inflicted in just one year. And until this so called party is finally and correctly viewed as such the destruction will rage on.