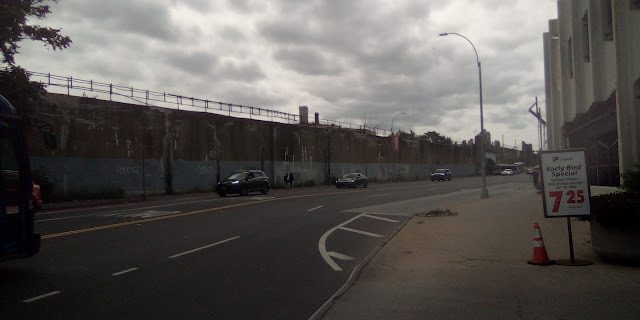 Either Governor Hochul's ghost speech writer and/or transit adviser has no understanding of the relationship between MTA and the Federal Transit Administration along with how the MTA & LIRR fund its Capital Program when it comes to the $2.6 billion LIRR Main Line Third Track project..

This brought it up to $32 billion.  These dollars supplemented $600 million previously available resulting in the project being 100% fully funded.  The MTA LIRR could not have legally awarded construction contracts without this. A majority of the work has been completed with eleven months to go. Most funds have already been spent.

The LIRR followed state SEQUA rather than the federal NEPA environmental review process.  Compliance with NEPA is a requirement to be eligible for Federal Transit Administration funding. Why would FTA consider funding for this project when it is already 100% locally funded and close to completion?  Is this a back door way for the MTA to substitute federal funding to offset the missing $15 billion in Congestion Price Tolling revenues?

The MTA $51 billion 2020 - 2024 Five Year Capital Plan was adopted under the assumption that $15 billion would come from Congestion Price Tolling.  Not a dime will appear until June 2023 or later. How will the MTA raise $15 billion over 18 months rather than five years? This project is not included in the MTA February 8th 2022 FTA Program of Projects Pubiic Hearing Notice.  Here is the link to the document

(Larry Penner is a transportation advocate, historian and writer who previously worked for the Federal Transit Administration Region 2 New York Office. This included the development, review, approval and oversight for billions in capital projects and programs for the MTA, NYC Transit, Long Island Rail Road, Metro North Rail Road  MTA Bus along with 30 other transit agencies in NY & NJ).

Using Un-Elected Hochul's math, if you get mugged for $100 and the thief gives you $5 back, crime has dropped 5%.

"Governor Hochul does not understand [xyz]." You can use literally anything to finish that statement, because she understands nothing at all. Governor Dolt.

No worries, now she is mandating boosters for health care workers, while transit workers are OK with no clot shot.
Go figure.

Anonymous said...
I'm sure she understands a lot more than generic right wing nuts who didn't get past 5th grade.

Usual drivel from a Leftist "genius" who's perfectly fine with NYC decaying into obscurity.

Governor Mr. Ed will be worse than Cuomigula; she's pandering to all the usual suspects even more than he did.

@I'm sure she understands a lot more than generic right wing nuts who didn't get past 5th grade.

Says the commie from the kindergarten.