The case against Bill de Blasio 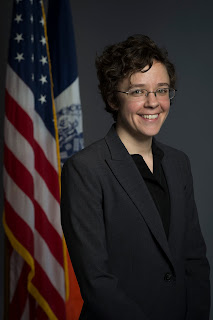 When a New York restaurateur who had donated to Mayor Bill de Blasio’s campaign grew increasingly desperate to get a lease renewed, he sent an email directly to one of the city’s most powerful people: Emma Wolfe, a top aide to the mayor.

“Hope you had a great holiday season,” the restaurateur, Harendra Singh, wrote in January 2015. “I would love to speak with you at your convenience.”

A meeting was soon arranged — part of a longstanding effort that federal prosecutors say Mr. de Blasio and his aides undertook to help Mr. Singh in return for campaign contributions.

The emails were among a raft of evidence related to the alleged scheme that was revealed in Federal District Court here on Wednesday, as part of a case that has revived discussions of possible impropriety by Mr. de Blasio, despite his not actually being involved in the trial.

Asked if de Blasio ever called him and solicited donations, Singh replied, “He was always looking for money for himself.”

In court in Central Islip, L.I., Singh made clear that he openly discussed his ties to the mayor with top de Blasio aides as he sought their help resolving a rent dispute with the city.

And they responded by pressuring the Department of Citywide Administrative Services to go easy on back rent he owed for the restaurant he owned on city land in Queens.

In a March 22, 2014, email to top de Blasio aide Emma Wolfe, Singh wrote, “I humbly request you to get me some time to get some issue in front of some City officials. I am very loyal and very early friend of Bill and not (to) be able to get in touch with anyone is a little heart wrenching.”

Soon after, one of Wolfe’s assistants responded, “happy to see if I can help.”
Posted by Queens Crapper at 12:33 AM

Mayor dumbdumb needs to be impeached!

I hope a prosecutor with balls finally jails this corrupt communist prick.

Interesting how the Daily News singles out a single restaurant owner over chump change and leaves out the fact all your media, TV and Film company's give both Cuomo II De Blasio millions $$, MILLIONS each in campaign donations, free TV plugs. This not including all the "pay to play" money to the Mayors office of Film and Television.
Why wont the Daily News, NYT one single news or TV outlet investigate that?

Answer:The Mayors press secretary and office of Film and Television controls near every access, credential and permit they need to operate in this city.
This buddy system has become so large and corrupt its going to be near impossible to clean. Its actually worse then the Boss Tweed era. In the Boss Tweed era you didn't have 4 media corporations controlling 90% of all the print and TV, Radio, Film outlets in New York City (as in 90% of what the public can see, read or hear) Today you do !!!

If Magnano and Venditto acquitted because of this, there will be (official) anarchy.

Buying influence through money donations to influence government action and funding campaigns is worse than buying officials with free stuff and a cushy job for your wife.

Of course Magnano and Venditto will be acquitted and nothing will happen to the crooked mayor. I mean after all the guy gets away with using caravans of personal security, police and helicopters to pick up dope and go to gyms.
All these people are on the take holding different finger's on different speed dials. Nobody's gonna talks in this private club and lose a good $$$ cushy job. And yes wives & family members included.

Certainly the prosecutor is hoping to subpeona de Faustio, but the one to get is Emma Wolfe. Hell, there should be a warrant just for herself, she will have no difficulty singing for a light sentence.

How can someone (Singh) plead guilty in court to bribing a government official (de Blasio), but the government official not be charged with accepting a bribe? When did bribery or corruption become a one-way street? Maybe that's what Vision Zero officially means: there's no vision to see the corruption.

That's what We, the People should be protesting RIGHT NOW: THIS CROOKED, COVER UP OF A TRIAL that will never punish any of the guilty!

Because, this counterfeit trial is ALREADY dirty from the start! The only way to demand exacting justice is by activism, protest, rally and resistance――EN MASSE!――because, the corporate fascist, owned-and-operated media outlets (of epic, humanitarian-and-ecological fail), are destroying all pretense of social contract between We, the People and our kleptocratic government henchmen of monetary locusts (like grand larcenous thief, Emma Wolfe, and her partner-in-crime at the Department of Citywide Administrative Services, namely, Stacey Cumberbatch, both of whom should be subpoenaed before final indictment――Affirmative Action is hard at work here, possums――for people of color and women who are hardly working), and worse, they are now sloppily and egregiously 'looking the other way' on serious corruption that always escalates to openly practicing lawlessness, vigilantism and violence, for which these empowered, Luciferian idiots call the police to shield and protect their OWN monstrous corruption, graft and greed (that didn't previously EXIST!),for which everyone else continues to pay the ultimate, soul-crushing price――and the public be damned.

Nothing new to see here, peasants: This is just simply a case of 'Déjà Vu' all over again, with YET another Cold War 2.0 that is being carried out on the 'OTHER'side of the Atlantic, 75 years later――COMPLEMENTS of Comrade Bill de BLASS-hole (and his caravan of endless, OPENLY PRACTICED, corruption, graft and greed).

Get out of this padded cell of entrenched corruption while you can, New York City hostages, before the entire city is blown to smithereens by the unconscionable, reckless damage over which these empowered-idiot misanthropes have infected an entire city of nine million BECAUSE of 'NAKED GREED,' and Obsessive Compulsive Disorder (OCD), two forms of mental illness for which there IS no cure!

P. S. And, where does a little nugget like Emma Wolfe get so much power, when it is We, the People who pay her vastly overpaid salary, I shouldn't wonder? Where is public referendum? Where was the media on this debacle, since 2014? Where is journalistic integrity? Where is sanity, reason, rationale, common sense, logic and wisdom? Answer: IT ALL DIED WITH CORPORATE FASCISM!

This buddy system has become so large and corrupt its going to be near impossible to clean. Its actually worse then the Boss Tweed era. In the Boss Tweed era you didn't have 4 media corporations controlling 90% of all the print and TV, Radio, Film outlets in New York City (as in 90% of what the public can see, read or hear) Today you do !!!

Remember, you only get 99% of the vote if you are in Eqypt, Russia, and NYC. Look for fascism no further than you empty headed beaming machine councilman and their ilk. That is gonna change a lot sooner than you think.

He will skate the rap.

More concerned with unveiling and punishing BDB's ties to REBNY/RE-powers-that-be than some restaurant-owner's small-time power plays, but if the latter somehow leads to the former...great.

Even these self-congratulating, pious, pontificating, delusional Marxists are nothing more than corrupt thieves. Throw them in the box

>Blogs like Crappy is the tip of the iceberg and will be the norm for news in the future.

FOSTA/SESTA is designed to be the death of blogs and commenting on the internet. All it'll take is one troll or spammer to get every commentator and author sent to jail.
Don't you dare argue against it, though. It's FOR THE CHILDREN.

I thought it was a dude.

She's obviously a Lesbian. There is nothing wrong with that. However, isn't anyone in the DeBlasia administration straight, non-black, non-Hispanic, or non-radical? Why should she be getting a $200,000. a year salary? Some of DeBlasio's judicial appointments are ridiculous. If you are a minority, or have major political connections, it doesn't seem to matter if you are a "head case." Long time judge in Queens Stevens seems to take pleasure in meeting out harsh sentences to defendants, yet her own daughter was recently arrested for being in a car with a gun. I'm sure Judge Stevens will be defending her daughter vigorously and pushing for leniency. And this daughter had a $90,000. a year job in the DeBlasio administration. Why do all Stevens' law secretaries seem to be appointed to judgeships. Three Golias were appointed to judgeships. This must have been because of their amazing competence. These political corrupt shenanigans are sickening and have to stop.

>I thought it was a dude.
>She looks like Seth Myers

You gals need your eyes checked.

Without the glasses, she kinda looks like him. And I'm a guy.