Council wants to go after AirBnB 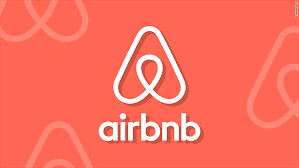 The City Council hopes to pump up a task force targeting illegal home rentals—a move that could deflate Airbnb.

Speaker Corey Johnson's response to Mayor Bill de Blasio's budget proposal calls for injecting an additional $2 million into the Office of Special Enforcement, an investigations unit that conjoins half a dozen city agencies and often enforces state statutes barring transient occupancy. Johnson's request would bring the team's budget to $6.8 million and could enlarge its staff to 47 employees from 27.

In most cases, state law requires that a permanent occupant remain on-site whenever paying guests stay in an apartment or house for fewer than 30 days. The state also passed a law in 2016 outlawing the advertising of arrangements that would violate this rule. Both have dug into the business of booking site Airbnb, though the San Francisco–based tech giant has said it works hard to keep its listings and rentals in compliance.

The council's redoubled effort against scofflaw rentals comes in the wake of a hotel industry–funded mail and TV advertising offensive slamming Airbnb for allegedly putting upward pressure on rents. It also follows a zealous campaign by the Hotel Trades Council—the union representing traditional hospitality workers—to elect council members supportive of Johnson's speaker candidacy and to lobby the Bronx and Queens Democratic machines on his behalf.
Posted by Queens Crapper at 6:49 AM

LOL!
The legit hotel owners must be pissed about losing business.
Then they can't buy politicians.

You got that right - and what happened to free enterprise in this country ?
I don't think AirBnB is a bad thing. I've stayed at loft apartments overseas and find the cheaper cost, nicer location, and comfort is better than staying at a hotel.

Everything is "scofflaw" when the city isn't emptying your pockets and getting their cut.

Great, another 2 million of our tax dollars being spent to help hotels make enormous profits and keep tourists from wanting to visit the City.

Just WHEN will anyone in the rank and file be able to 'go after' the vile-and-vapid city council crud themselves, for making a salary that is more than five times higher than the ever languishing constituency whom they purport to serve (but never do)? They are ALL PAY and NO WORK, and all of these voracious, predatory and derelict thieves have long ago outlived all pretense of usefulness, much less ACCOUNTABILITY. End this madness, already. My own brilliant nephew who is a CPA doesn't even make $170,000 a year like entrenched, establishment-rigged sewer rats, all of whom parasite themselves off of the backs of people who actually work for a living——ironically a people who work using their minds AND their hands.

Private home where the owner resides and it's less then 4 family building they cant do shit.
Who a homeowner chooses to allow in his household is protected by the constitution.
I'm sure all these democrat commies & socialists would love to throw that Constitution, bill of rights and dozens of civil liberty's down the toilet and rule by Imperial decree however those rights (above)are still in effect.
To screw with a small private home (90% of AirBnB guests) where the owner resides, will need an act of Congress and presidents signature. -and good luck with that.
The city or Governor could go at it alone but a federal judge someplace will toss an illegal move like that right out.

Dam this city and it leaders get sicker by the day.
All they need to do is obey immigration laws already on the books and 1/2 million freeloaders & homeless will leave.--fly them go to California or crap Denver at the cost of one night homeless hotel.

Now, all things being equal, I would tend to agree with the City and hotel industry, bringing tax money into the City. However (as I continue to bore my wife with my opinion), the City & nearby hotels in queens with homeless (advertisement says NYC is 15 minutes away) are SCREWING the legit tourists from out of state by NOT mentioning the homeless - a legit family who came here, to vacation, see the sites, etc. never forewarned that they are cohabitating, indeed living, with homeless in their vacation hotel, while paying upwards of $200 a night for the privilege. To that end, I say fuck the city and their homeless hotel racket, and rock on AirBnd ! - it can certainly be the safety alternative as to where to stay when visiting NYC, when a family can’t afford to pay $500 a night to stay in Manhattan to see the sights ( and I DONT mean a bum-lady taking a dump in front of a hot dog wagon).

To screw with a small private home (90% of AirBnB guests)

Not 90% of New York City AirBnB guests. Not by a longshot.

If you can't afford your home sell it!
Air B&B should not be your bail out.
Maybe you bit off more than you can chew.

So let me get this straight. It's OK to use PUBLIC taxpayer dollars to warehouse vulnerable "transient" homeless people in hotel rooms AKA shelters but it's NOT ok for a homeowner to rent our his PRIVATE property to "transient" occupants? Explains A LOT!!

Yes exactly, I think they want to gear up like Denmark where a private homeowner can NOT do a one on one private rental outside a blood relative.
This is a bait & switch shill to eventually take away your rights. Then like in Amsterdam and Denmark rentals must go thorough the government who issues your tenant based on a system o demographics. This is to insure an equal balance of race religion etc. If your neighborhood is "too white" or "to rich" for example your tenants will be of color, sec 8s, homeless. You will have no choice in the matter and will be arrested for racism, intolerance, discrimination if you do not let in who they bring to your door.

Its called Scandinavian Socialism, the mayor picked up from his trips to Amsterdam.
--The city is using AirBnB as a shill to take away your private homeowner rights and schmooze the hotel industry. --A double whammy.
The problem is the people pissed off with AirBnB cant see, understand or even realize what it will mean if this shit passes. And the city is depending on that !!

People need to sit back and think about the nasty can of worms and abuse of power they are asking for under such a parliamentary housing system forced on private small homeowner's at gunpoint.

Bastards want the power to regulate apartment buildings, and buildings contracted with the city. --it seems now they want to go after private homes.

Is the full text of this proposal for public view or is it hidden? ..like one of them Obama shaftings where the public can only read it AFTER it passes.

To the Air BNB paid trolls or Air BNB so called hosts - nice work if you can get it. Where do I sign up?

Its a private membership (club) and you must be a member to host house-guests because you are not publicly renting or leasing. If you brake those rules and list in a public forum or non to a non member its at your own risk.

>like one of them Obama shaftings where the public can only read it AFTER it passes.

The recent Republican tax but and budget bill operated in the same way. Look for this to be the wave of the future.