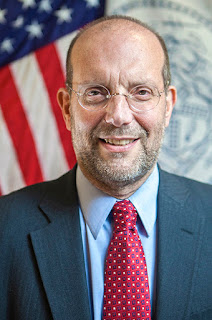 The Department of Homeless Services, which Banks oversees, said the city wasn’t trying to pick on Blissville. In a lengthy statement provided to Newsday, the agency said plans to house about 154 adult families in the Fairfield Inn by Marriott New York/Long Island City at 52-34 Van Dam St. in Blissville was part of the mayor’s “Turning The Tide” proposal. That is an effort to end the city’s 18-year expensive cluster program of using commercial hotel facilities and create transitional housing in the Bronx, Brooklyn, Manhattan and Queens.

The placement of homeless housing is done after an analysis at the community board level, covering an area of 100,000 people and not just one finite neighborhood that may be difficult to define with precision, the agency said.

CB2 already houses more homeless than it produces. Hell, all of western Queens does as does the entire borough.

Can we cut the crap now?
Posted by Queens Crapper at 6:48 AM

Can we cut the crap now?

Absolutely not as long as you treat your politicians as gods they will crap all over you.

I am sick of seeing that weasel's face. He is a career poverty pimp. Warehousing the homeless has become quite lucrative for some folks. Particularly folks who donated to de Faustio.

I want to write more about this, but thats why I started Impunity City. Stay tuned for my post on this perpetual manufactured homeless crisis.

LOL!
If a banker speaks, he is talking through his ass!

I'd like to know why there isn't a 1 year minimum residency requirement in NYC before you could get "homeless housing". The way it is now, we the taxpayers have to foot the bill for the indigent bums from EVERYWHERE who flock to NYC to take advantage of the "MUST house EVERYONE homeless!" stupid libtard law. Change the law so we can all breathe!