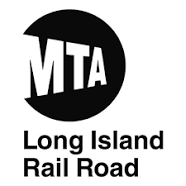 The city’s Department of Transportation is studying ways to get more New Yorkers to use commuter rail lines and take pressure off of the beleaguered subway system, public documents show.

The department has tapped engineering firm AECOM to look at potential changes that would boost ridership on Long Island Rail Road and Metro North lines running within the five boroughs.

Reducing fares within city limits, for example, would entice more residents to use commuter rails like the subway system and connect more neighborhoods to transit hubs like Grand Central Terminal and Penn Station in Manhattan, Atlantic Terminal in Brooklyn and Jamaica and Woodside stations in Queens.

“AECOM is under contract to … investigate service and policy strategies for the city zone of the commuter rail network to connect residents to more frequent and affordable regional rail service, and potentially reduce crowding on nearby subway lines,” a spokesman for the department said in a statement.

In particular, the de Blasio administration has floated the idea of running trains more frequently between Atlantic Terminal and Jamaica Station so Queens commuters could then transfer to a number of subway lines at the Brooklyn hub.

The agency and the Economic Development Corp. are jointly spending around $787,000 on the study, which began in January and will end in October.

The City really seems to like AECOM. First they hired them for Liz Crowley's dopey light rail proposal, now this.

The commuter lines will not take Metrocards and the people who ride commuter rail lines won't stand for more crowding.

So any other words the want to turn the relatively clean, running on time, zero homeless, pole dancers, preachers & panhandlers, and all other bad behavior you see on the worlds worst shitty subway into another shitty NYC subway experience.

THAT is pretty much the gist of this article. BUT not surprising, because in this age of dicBlasio, any good must be turned into shit. NO MORE NICE THINGS FOR THE PEOPLE (only elected officials and the elitist conservatives and liberals).

That would suck, as it is now the Indians & Pakis get on the train at Woodside, take off shoes, lay out and put there dirty bare feet up on the seats. It causes a lot fights on the already overcrowded Port Washington line. So packed the conductors can even get through the cars to punch tickets.
Add more people ?
Exactly how are they to defy the laws of physics to accomplish this ?
Put people on the roof like trains in India ?

Count this among the big three of money pissing studies along with the BQX gentrification trolley (yes that is STILL going on and it's definitely not cheap since the city commissioned KPMG and are hoping it will get federal funding with a push by Schmuck Chumer whose daughter is on the revolting friends board) and the new study on legalizing pot being proposed by Mr. Populist Cuomo (what's there to study? nine states already legalized it, revenues are piling up, end of story).

My train choices for work are the J or the LIRRfrom Kew Gardens. I almost always opt for the J even though it's slower and more crowded because: 1-it's cheaper; 2-even at 10 minute intervals, it still runs more frequently than the LIRR; 3- the J doesn't require a trip through the horror that is Penn Station; and 4, after going through Penn and connecting to another train, etc, the LIRR only saves me 5 minutes.

I am sure that other people make this calculation on a daily basis. Until we get real rail service that runs frequently, the regional rails will just continue to be overpriced, underused options.

YES, JQ, constant money going down the shitty NY studies bullshit drain 90% of these damn studies are a waste of time/money since A) several studies have already been done in the past on the issue, B) no study is needed to know since problem/issue is smack in the face or C)study is NOT necessary, common sense states just do as in the case of legalizing pot. NO fucking study is needed, several other states have it legalized with no issues/problems as opposed to all the problems and money wasted by NOT legalizing it. The pot issue in NY is especially mind blowing in a so-called "liberal city/state", well at least in words only. There is nothing to fucking study.

Things that do need studies such as prescription drugs, get put on the market quickly with little studies, hence why each one as a million side effects, because they were not properly studied and just shoved into the market for BIG PHARMA to make BIG money. The fact that a depression medication is needed to add to a depression medication that one is already taking that does not work is a perfect example. What is next down the road a third drug to help the 2nd one that is meant to help the original.

Christ do a fucking study about the money wasted on studies, a study on what exactly the Borough Presidents & Public Advocates actually do to justify them and their staff and a study done on how many liberal powers that be cause problems on every single damn thing only to create a much bigger problem that spirals out of control, oh and while you are at, a study on exactly how conservative "smaller government" is actually happen. In fact each time Republican conservatives hold majority the BIGGER government gets, especially when it benefits them. The big problem right now are the loud voices of the far right conservatives and the far left liberals. What is needed is a majority of both moderate Republicans and moderate Democrats, because the other two are hogging up all the O2 like Trump and nothing is getting done.

NO! Just NO! I enjoy my lirr ride because it's quiet and civilized.

Glad I live on the Port Wash lone....Broadway.
Won't be affected that much.

Technically Comptroller's office is what should/would be looking at return on all these feasibility assessments.

LIRR is somewhat under-utilized, within City-bounds by City residents, due to current pricing...nobody here realizes LIRR predates Subway and was meant for mass(es)-utliziation? 1834 vs 1904. But I could doubt it could absorb even 600-1,000 more commuters daily across all its lines.

Even if they got people to re-work their personal mental calculus and shift some burden off of subways, it wouldn't address core crowding/signal/obsolescence issues.

You can’t fit 5 Quarts into a gallon container...