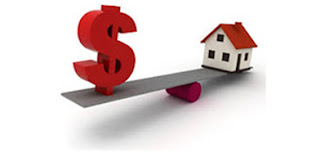 Most folks pay through the nose to live in New York City, but many in search of affordable middle-class housing are finding some relief in Queens.

Residential housing is booming in the borough. In February, almost half of new residential construction was in Queens, according to city figures.

The NYC Economic Development Corp. (NYCEDC) registered 2,847 new housing units in February, with 1,234 of those in Queens, or about 43 percent of the new units in the five boroughs.

A “mega-scale project” in Long Island City is a big reason why Queens is generating so much new housing, said a spokeswoman for the NYCEDC.

Right, so the new housing is concentrated in areas where people will pay an arm and a leg for it yet this is a boon to the middle class.
Posted by Queens Crapper at 12:06 AM

I'm sorry for the salty language crappy, but since when in the fuck is $2,200 a reasonable rent for a family of 4? I had to move to the Nassau side of Floral Park to find an almost reasonable rent of $1850 which includes a washer and dryer and use of the backyard. Which I'm still struggling to pay every month with a 4 year old and and a 6 month old. I feel greatful to have this opportunity after being able to find nothing reasonably priced in the Glendale/Middle Village area that wasn't a 3rd floor walkup or in the middle of some shitty block

Queens is not affordable. No place in nyc is affordable anymore. Even jamaica is becoming very expensive. The only reason why people can afford to pay these outrageous prices here is because it is usually 2 families living in a 4 bedroom apartment or 4 grown people living in a one or two bedroom apartment. If this would be regulated better, then maybe people with families could actually afford to live in the city anymore. Most of those who are living like this are illegals who don't belong here. I bet you if I was an ICE agent and went through all of flushing and woodside and Corona, I could make ALOT more rental space available. I could probably deport about 8 grown men in one apartment! The government doesn't want to enforce laws occupancy laws in apartment buildings or in actual houses, so we will keep having this issue. Go ahead mayor dumbdumb, keep it up!

Well, of course a newspaper would consider 2200 affordable when the news media is also manufacturing consent for the real estate industry or in this case REBNY. What a vulgar disservice the NY POST is doing to the majority of citizens in this city who have got to paying half their check to come up with the rent.

An article like this is just going to inspire more predatory behavior from greedy landlords.

"affordable middle-class housing" - WHERE, WHERE, WHERE. In another city/state, but no fucking way in Queens. Just because some rents are lower than completely super expensive (for no reason at all) Manhattan or Brooklyn, does not make it affordable for Queens because it may be slightly less than the over-bloated rents elsewhere. What kind of logic is that.

Anything over $1000 rent in Queens is EXPENSIVE, period.

New York is NO LONGER affordable to ANYONE starting out.
My advice:
If you're young....pick another city.
New York has become an expensive theme park for visitors and foreign investors. It no longer offers the real opportunities it used to....UNLESS YOU ARE RICH!

One topic where Mussolini Joe is correct.
I’m self employed; pay $1000 month cash in Blissville. After also paying my car and $1200 silver health insurance I have near nothing left. I may move to my boyfriend’s parent’s house in Manhasset on weekdays (it’s a job).
They need help around the house, cutting lawns and a driver (early Alzheimer's).
Is this shit mayor planning a city where everybody must earns over $100K a year or goe on the government dole? It also seems developers and builders have more rights then homeowners, perhaps the city is too broke-ass to fight them in court or deliberately "cleansing" the city of middle class?
My landlord is disgusted with the hostility and is now saying he wants to sell the house. Also said the potential buyer (who is offering big cash) pending the provision that everybody is out of the building first. I'm on cash no lease basis and now have to get out by the end of May.

That's right. If we weren't protecting out and out CRIMINALS (aka "illegal" vermin)-- and for the life of me, I cannot understand why common criminals like them deserve to be protected--we would have LOTS more housing, available seats in city classrooms, less than a 5 hour wait in emergency rooms, many more potholes filled instead of illegal stomachs, etc.

I just came back from visiting friends in Baltimore. In Baltimore County, you can get a 3 bedroom ranch or split level house--not an apartment--on about 1/4 acre wooded lot, with all kind of birds and wildlife and flowers, for about $300K. Just wow.

Please Queens residents - stop moving down to Delaware and screwing this state up with the same voting patterns you used in Queens and that then drove you out.

""CRIMINALS (aka "illegal" vermin)""
Yes, and a supreme court republican turncoat just voted to block Trump from deporting them including the felons, rapists and killers.
This country is now officially f_cked !!

6 room mates are needed to AFFORD living in NYC!

He's not a turncoat, he voted according to his consistent judicial principles, which is exactly what Trump picked him to do.

"Gorsuch wrote that "no one should be surprised that the Constitution looks unkindly on any law so vague that reasonable people cannot understand its terms and judges do not know where to begin in applying it." "

And he's entirely right. Vague laws are a threat to our liberty, and encourage dangerous judicial activism on top of it.

You are gonna have to be rich or poor and on public assistance to live in NYC. The middle class bitch and complain too much. The rich and poor dont...

"he voted according to his consistent judicial principles"

Fuck his Christian "welcome the stranger" bible packing bullshit, we want these illegals and criminals OUT of our country !!
Its intended to be vague to give courts & judges more power get these people the fuck out without some immigration attorney pulling out a dozen wildcards!!
Shit these criminals who broke into our country don't even deserve a trial or rights.
Commit any crime on Americans = get deported. Get busted driving a car with no license, registration insurance included.

Vert true and right on the money faster340
If your not a millioniare and want to live live in NYC its best to give up nice things, the car, loose the job and get on medicaid and welfare.
The system is designed that way, the whole country is moving to socialism. All the shit for brains Millennial's, and brainwashed voting this the mid term and next president election are sure to make it happen. (do the math)

Start planning for this disaster NOW !
This theory will be proven in the November mid term elections
That rumble you hear coming down the mountain is not a train, airplane nor Superman coming to save your ass and assets.
Putting away $$ is going to be hard because you can bet the commies will apply a 5 year look-back period like they do with medicare, nursing homes taking houses. DeBlasio and like democrats are doing a page by page copy of the type socialism enacted in Scandinavian country s like Denmark.