We simply must overdevelop the hell out of NYC 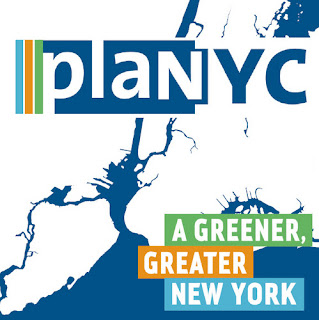 Relentless growth fueled by immigration, people arriving from other parts of the country and more residents simply staying put will push an already swelling population past the 9 million mark in the decade beginning 2030.

The growth rate — similar to the average increase of 75,054 between 2010 and 2015 — is forcing city leaders and policy experts to confront how to house, transport, and school another half million people.

For Manhattan, Queens, and Staten Island, the highest level of growth is projected to be in the 2010-2020 period, with growth slowing thereafter.

Mayor de Blasio, who spoke at a Crain’s New York Business breakfast on preparations for the population surge Tuesday, says the city will need to be taller, denser, and conquer neighborhood fears that development will force locals out.

Hey remember when Mayor Bloomberg created PlaNYC 2030 because we were supposed to hit the 9M mark by then? Oh well, what's 10 more years?

Allowing bigger density incentivizes developers to buy up currently affordable housing and replace it with new, unaffordable housing. I'm not sure why we are still pretending that we don't get that fact.
Posted by Queens Crapper at 5:21 AM

I think we are well past the 9 million mark already. There must be a million undocumented living here.

The Predator Developers are more concern with conquering neighborhoods than conquering fears.

Yes, you can start by conversing with those protesting your oppressive policies written by REBNY and this pogrom of lobbyists/agents of the/ebola host monkeys of the city.

Mere acknowledgements will not absolve your and the aforementioned greedheads agenda.

Preet, lock this motherfucker up posthaste!

Five Asian families now live in the house I grew up in. I was a member of a nuclear family...4 people! It's time for a moratorium on incoming people and their legions of children. Queens is filthy, unpleasant in every way and filled with angry, inarticulate, rude people!

I think if we just started deporting like we should be, we wouldn't have this problem.

City Planning Officials with nothing but a degree from a school that has no real world knowledge, sitting on high in their ivory towers planning our lives,roads,buildings, infrastructure, and the like.

All without any clue...

Yes, we are already at the 9 million easily, hell decades ago they were claiming 8 million. So more like 10 million + in the coming years. Welcome to BLADE RUNNER.

Any data collection from the US Census is a joke. Illegal immigrants are afraid to answer, landlords with illegal tenants will not answer, and many legit citizens do not answer because they don't think it is any of the Government's business. The NYC population is grossly underestimated, ask anyone who takes a train, bus or drives a car.

Overcrowding at its best. Schools, neighborhoods and supermarkets. A house like mine in Maspeth has three families living in a one family house. Of course it was illegally converted and the garage is being used as a room. They changed the scope of the house where the dining room is a bedroom and converted the living room into two rooms. Talk about a fire hazard. Three cars to the house.
This will be the story of NY.
A very overstuffed apple.

THERE ARE TWO KINDS OF DEVELOPMENTS TAKING PLACE: A) LUXURY CONDO'S, HIGH RISES FOR HIPSTERS AND OUTSIDERS NEW TO THE CITY. B) 3-4 STORY BRICK BOXES WITH WINDOWS AND BALCONIES FOR ILLEGAL IMMIGRANTS BUILT BY GREEDY CHINESE OR ASIAN INVESTORS.

What benefit is there to sticking all these people in the city other then making the developers and real estate people rich. Our quality of life keeps getting worse with more people. We need to think about capping the population in this city, not expanding it.

If the city is seriously worried about affordable housing they can deport the half million people here illegally and allow legal tax payers to then reside in those apartments.

How many times do I have to say it?
REBNY rules! The mayor only follows their wishes.
Real estae money has greased many a politician's political campaigns.


It's not the jobs that attract them to nyc it's the welfare and the fact that we don't deport people here. That's why people come here. Welfare is handed out left and right in nyc and then section 8 I'm sure is given out like candy on Halloween to the "right" type of people. Then you have your illegals who don't have to buy a car here and can work off the books here, receive medicaid and then live in an apartment with 2 other families or 6 other grown men while they send money back to their motherlands. In about 15 years here, they'd have saved enough money to go back to their third world countries and live like kings because they paid off their houses down there by now and will only have to work a small job to their not so sky high bills in their motherlands. Plus, they don't got to help their kids out with college tuition either because college in most countries doesn't cost a lot of money to attend. So us as usa citizens and taxpayers and have jobs here are the real suckers in america, we are the dummies.

Enough! They need to stop with the push for "affordable" housing. There is a finite amount of land, and a maximum number of people who can be served by the infrastructure here, crumbling as it is... Build it and they will come-- that's a problem! Whatever new housing gets made, it will be filled up in no time and the demand will go on and on. What we really need are firm rules to preserve space and resources for NYers who live here now.

Women are also starting to dominate in many careers. This is a huge factor in development and growth. Women feel safer here, and encounter less bias than other cities.