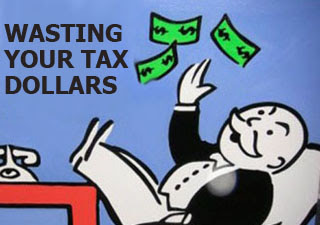 The de Blasio administration announced late on Thursday that it now anticipated spending over $1.3 billion more than it had originally forecast in the current budget, part of an annual recalibration of spending and revenue in New York City that takes place each November.

The November financial plan update, as it is known, highlighted other notable changes to account for short-term and longer-term issues: $52 million in new spending for homeless shelters, added since the budget was adopted by the City Council in June; millions more to offset pension fund underperformance; and a reduction in projected tax revenues, down by $127 million for the 2017 fiscal year.

The plan also included $6.5 million in new spending by the Law Department for the hiring of outside lawyers to handle the myriad state and federal investigations that are said to focus on whether Mayor Bill de Blasio, a Democrat, or members of his administration traded favorable official actions for donations.

At the same time, the city’s already historically high head count grew in the forecast of city budget officials: It is now expected to exceed 300,000 full-time employees by June, not counting the tens of thousands of additional part-time workers on the city payroll.
Posted by Queens Crapper at 12:35 AM

And this is what you want as mayor? Wasting once again tax payer's money on his legal problems and shelters. Our money to pay for hotel rooms and he really has no solutions for the homeless. Wonder how Aja and Lincoln like their tax money to go to this?
Just think many homeless people trying to fight their evictions etc do not have the on going flow of NYC tax dollars to pay for this legal woes.
This is how he makes New York broke!
Not my mayor!...

He did it without consent from the residents or community boards.

Perhaps instead of converting buildings they are going to go AROUND all the legal hurdles and simply rent the homeless rooms. And when THAT space runs out these bastards will find a way to come after peoples "under used" rooms and basements. Bring that pregnant single mom of 5 right to your doorstep with papers and an armed Sherriff like in Cuba and parts of the Ukraine.

Its just a matter of time as stupid voters say "oh that will never happen" just wait and see.
This city is headed for some DEEP DEEP doodoo

Ha, ha——to the last Anonymous, who said that "He did it without consent from the residents or community boards."

Now, I love a good joke, too, but when did ANY empowered idiot who flagrantly abused their city and state government powers (with impunity!), ever obey the laws, edicts and demands of We the People, much less ALL of these vile, vapid and vacuous community boards who betray public trust simply by showing up??

Alas, New York State government is THE MOST CORRUPT throughout the cosmos, and our citizenry have lost all moral authority in challenging these unresponsive tyrants of epic fail, starting from the top with a friendly-robbing criminal sociopath like Andrew Cuomo STILL at the helm of almighty power, right down to the lowest, vastly overpaid, part-time assemblyman and city council henchmen (once again, the second pay bump since 2009 that ignored due process and public referendum altogether, exactly like how Third World countries and Banana Republics behave like), and the public be damned.

Tragically, the only way to exterminate a scourge like this is through revolution and bloodshed (not THEIR bloodshed, mind you), as we've seen these repeated, insidious patterns of destruction prevail throughout the past historical grievances of American (and world) history, where the same hyper-corruption, graft and greed are repeating themselves all over again in the latest, completely 300% false, fake and failed de Blasio administration——clearly and visibily the most lethally destructive body of monstrously self-serving sycophants that I have EVER seen destroy New York in one fell swoop!

It's finally time to make public corruption a capital offense!

The proposed $83.5 Billion is about $10 thousand for each New York City resident. Ten years ago under Bloomberg, the budget was $50 billion.

As soon as we dump our dumb ass mayor, most of NYC's problems will vanish.
Uh....why did...LOL....the "First Lady" want that fence around Gracie Mansion?
Hmmmmmm....some shady stuff must be going on there.
Can we please stop calling that former lesbian wife of Duh Blaz...the "First Lady".
That title is reserved SOLELY for the U.S. president's wife.

The Comrade must take care of his friends before the plug is pulled from the swamp!

Then we need Trump supporters as operatives in the city. NYC is the poster child of what happens when a place run by the Democratic Machine.

>HE ALREADY HAS UNIONS ON HIS SIDE. HE MAY JUST WIN AGAIN.

There's a big problem when you can essentially legally pay certain groups to vote for you.