Dumped on Jamaica lot cleaned up

For months residents had been calling on local leaders to clean the garbage; at James Fobb's property; as always residents were ignored. That was until Monday when my comrade and I exposed the garbage and the political gangsters.

One day later, Nov. 22nd. supporters were calling me, saying that sanitation workers were out in full force. At long last the disastrous garbage-filled, animal infested, garage was cleaned.

It was a task to remove: couch, tv, chairs, boxes, mattresses, pieces of bed rails, several bag of garbage, other items and of course the shitty exposed toilet.

Queens political gangsters should hide their heads in shame. They call themselves political leaders; but they are only monitors. These democ(rats) only monitor the problems. They are incapable of fixing problems.

During the campaign, borough president, Katz said that she will "hit the ground running from day one." Well, the liar has been on her throne for years and black people are still suffering. The other do nothing, Senator Comrie is a disgrace to the black community. All the black leaders have: FOOLED, FAILED & FORGOTTEN black people.

However, my comrade, supporters and I will keep the fire up their asses. We will hold them accountable.

Boranian, you are in charge of constituents services; at Katz's office. You are a paid employee. We do not want favours, just do your damn job. If you do not, you will be in misery. Your boss is the ring leader of the gangsters. For this reason, we will keep on your ass. Don't like it, then LEAVE our community. 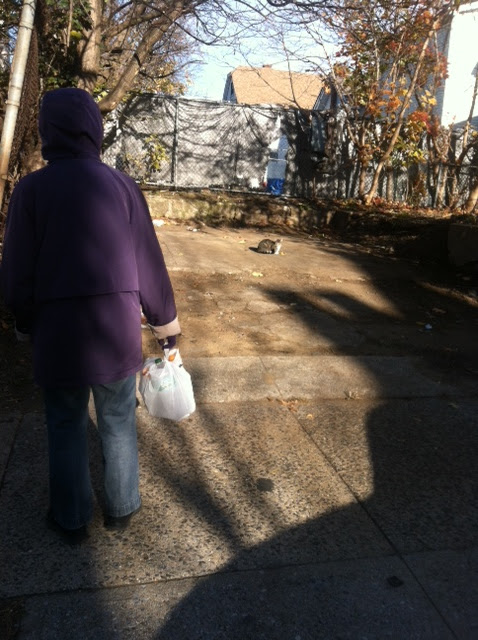 Early this morning a cat dropped by for breakfast; not a crumb was available. 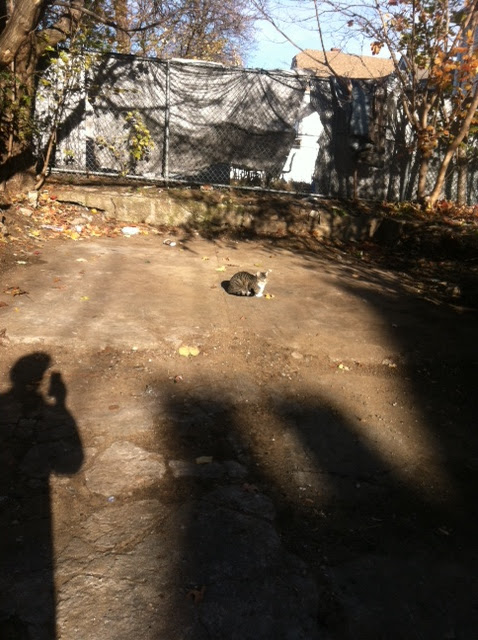 A woman was looking on saying, "I am amazed, what a transformation"

Katz, brace yourself for the next cleanup. We will keep you abreast of the stinking situation.

PS: Still wondering how the hell an outsider won the presidency! Get therapy.
Posted by Queens Crapper at 11:41 AM

It's like another bomb was dropped after the first bomb hit it.

An "outsider" won the Presidency because the Democratic Party has lost its direction and forgot the people that once supported it.

Everyone I know that voted for Trump are working people whose families were Democratic for generations.

We are also starting to think that a lot of this angst on Trump (as the racist letters and graffiti) is being done by Democratic operatives.

Hopefully it'll stay that way. We will see though.

Now use some fucking common sense. Secure the property with a fence and/or install security cameras. Better yet, with the fucking Mayor always talking about “affordable housing”, take over this long neglected property (the owner is in a nursing home or by this time dead), fix it up or put up a small non-third world country apartment building.

But no denying that several of the people in this community are total fucking low-class ghetto slobs, BUT, because nothing is ever down from the get go and quality of life laws are rarely enforced, this problem festered for years (and decades) to become a full blow out of control problem.

This will not turn out well. A year from now, a lot of those out in the "heartland" who voted for him will begin to be bitterly disappointed.

-His promise that coal miners will 'work their ass off" will come to naught. The coal market is in long term decline both here and in Europe. This was offset for the last two decades by massive growth in coal consumption in China and India. Both of those are now converting to less polluting sources of energy due to the health problems brought-on by air pollution.

-This idea that there will be some mass deportation of "illegals" is also fantasy. Here, the opposition will come from both Democrats and Republicans. The reason is simple; most of this labor is used by small-medium business (Trump included -visit one of "his" locations). These employers like the cheap, docile workers who are unlikely to unionize.

-His proposals for "reforming" the ACA will not work. There is no way a two-bit insurance co. in say, Alabama, will want to cover patients in States with much higher healthcare costs. One of the few points to his credit, trump has in the past expressed approval for a sort of single-payer (Medicare buy-in) plan and that is what things will eventually come-to.

About the only thing he will accomplish is getting stoneheads on the Supreme Court who'll cut back abortion rights and lead women back to the abortion butchers.

Pamela, you've got to spread the word to get people to start voting Republican in your area. Not that Republicans are inherently any better, but it's the only leverage your community has once "The Party" makes its pick to threaten their power and get them to listen.

Some creep already dumped a perfectly good kitty there!

Anonymous said: "This will not turn out well. A year from now, a lot of those out in the "heartland" who voted for him will begin to be bitterly disappointed."

You may well be correct. However, doing the same thing over and over again and expecting a different result is indicative of insanity.

Your points are well taken and we may have been snookered but Americans are tired of pay for play and getting nothing for it. Only those on the top tier get rich the rest of us get tax bills that increase exponentially every year so they can get richer.

It seems to be the same thing in New York City. Maybe someone out of the blue will step forward and change the dynamic in this City so ALL of us can feel like we can have goals for the future. That's my hope and I'm supporting anyone who will lead us in a positive direction.

My bet, it starts to fill-up with new trash almost immediately.

>You may well be correct. However, doing the same thing over and over again and expecting a different result is indicative of insanity.

This. I'd rather elect a new crook to office than keep the old ones in.

Don't be to sure about that but NYC is screwed either way
1-Mass deporting starts happening and these angry invaders torch our property & citys.

2-Scantuary city's will disobey federal orders and loose funding, the food stamps & free stuff drys up and the illegals, welfare brats riot, loot and burn our city's down.

Stock up on what you need to protect yourself because when the trouble stops the cops wont be around. Keep a Fire extinguisher in every room and install flame retardant curtains on every window.
Deep doo-doo is coming