State legislators not getting pay raise 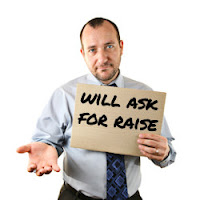 A state-commissioned panel did not vote on raising the pay of state lawmakers at a special meeting on Tuesday, the deadline for which an agreement had to be made.

That means state legislators will return to the capital in January still making a base pay of $79,500, the same amount they’ve been paid since 1999, the last time there was a raise.

They are still the third-highest paid legislators in the country.
Posted by Queens Crapper at 5:39 AM

They should consider running for NY city council seats where the pay is double and the workload is minimal and you don't have to do anything but take photo ops.

Good!
They don't deserve shit!
Just a bunch of crooks, hiding out up in Albany, far from the prying eyes of NYC.
Keep up the good work, Preet.
Clean out that stable 'til you could eat off of the floor!

"They should consider running for NY city council seats where the pay is double and the workload is minimal and you don't have to do anything but take photo ops."

I respectfully disagree. There's way more to the city council than that. You have to be shrill, whine a lot, drop the F bomb in Tweets, hate your self, hate your colleagues and hate your country.

Many working class do not get a raise and if they do it's not much. It also goes to healthcare copays etc and mass transportation fares.

If they don't like it let them take their talents to the private sector!!!!!

What a worthless load of refuse. Every single one of them.

The most corrupt in the nation!

These voracious, openly practicing thieves give mendacity a bad name, straight up the line to where the breeding point of all corruption itself is linked——to Mario's equally crooked son, Andrew and their dynastic empire of cradle-to-grave, taxpayer-funded benefits for whom everyone else continues to pay a soul-crushing price!

New York State government is the most corrupt in world history! Nothing has changed in Albany and City Hall for more than half a century, as the systemic corruption, graft and endless greed are only reinforced with each new term of more of the same party-machine-failed thugs who wait for their chance to dutifully serve their party bosses, whilst enforcing a willful code that maintains: Delay, Deny——And, Hope That You Die!'

Then, it's back to what the corrupt party bosses remind their foisted-and-fake candidates what it's all about when they exhort: 'Don't Blow MY Scam——And, I Won't Blow YOURS!'

It's the great illusion of progress and choice, compliments of all LEGALLY organized Albany crime!