Post tells de Blasio to knock off the racism crap 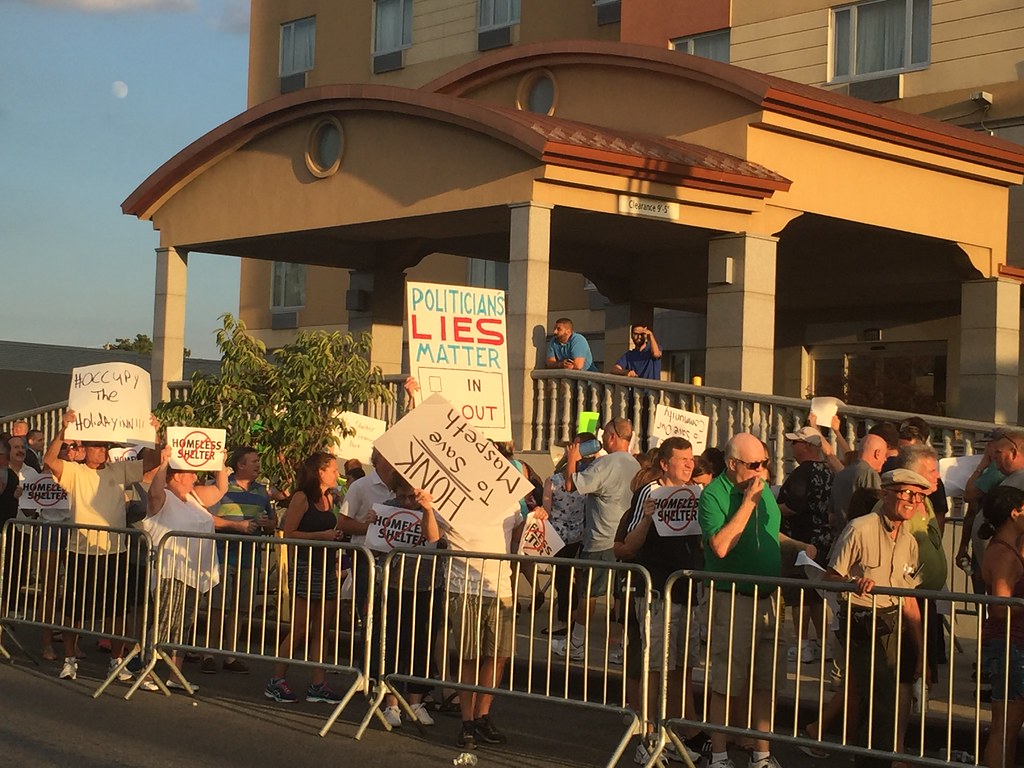 If Mayor de Blasio thinks the Queens folks who’ve derailed his push for a new homeless shelter in Maspeth are just racists, he should say so himself. If he doesn’t, he needs to fire the aides who keep pushing that smear.

It’s been more than a week since mayoral aide Aja Worthy-Davis said city Comptroller Scott Stringer should be “ashamed” after “courting a group advocating for kicking women and toddlers onto the street [and] using ‘White Lives Matter’ as their protest song.”

Stringer had merely visited the Juniper Park Civic Association in Maspeth to hear concerns about the mayor’s ill-advised shelter plan for the area. More, he’d made a point of warning that the city needs more homeless shelters — but that communities deserve to have input on siting issues.

Cue Worthy-Davis’ harsh words — which themselves echo two videos put on the City Hall Web site by the mayor’s aides.

State Sen. Joe Addabbo accuses the mayor — rightly so — of hiding “behind an imaginary racial battle” that has no place in solving homelessness.

Worse, it seems de Blasio is leaving it to his aides to play the race card for him.

Tell mayor dumblasio to stick some homeless families in his Brooklyn home, you know the one he rents out for 5000/month?! Then see how he likes it.

He wants to be the man who said "oh I never said that...it was them".
He does not want thing with his name on it.
After all the race card is getting quite old here. How can it always be about race? How about the real issue here...you and the DHS has no real solution to this homeless issue. The homeless shuffle will continue and it will grow.

Now we know why he was such an incompetent Public Advocate.

I wish the Post, or any other media outlet, would call this poor excuse for a Mayor on the video with the unidentified "white lives matter" chant. If it could be proven that the dubbing was bogus it would certainly be grounds for dismissal of anyone involved in making or approving it.

When you've got no where else to go in an argument and nothing of any substance to support your position, you pull out the race card. it's the last ditch in every liberal pols deck... A sign of desperation & Panic

EXACTLY!! NO ONE CARES !! HAVE THEY FIXED THE CONSTANT SIGNAL PROBLEMS, AND OTHER MALFUNCTIONS?? NOPE !!

But, given that your paper's quasi-journalists have to be TOLD what to do (in betwwen their important, newsbreaking stories about the Kardashians, in addition to whatever vile 'loop-du-jour,' 'noise & sight' pollution garbage that your trashy tabloid produces), it isn't likely that anyone from such a dishonorable, disgraceful periodical would listen to common sense from We the People anyway.

This is the mayor's MO. He pulls the race card every time he has opposition that he wants to stifle. He called the Asians who protest at the Pan Am shelter racist too when one told them to "get a job" and "hobo". What about the people at the Pan Am calling out "go back to China" and "go make chicken wings". Are these statements also racist?

These comments may have been made by one or two individuals from both sides. They do not represent the majority of the people at the protest or at the Pan Am. Even if one individual made that comment, it should not have been blown up like this.

The mayor needs to put things in prospective, and quit diverting attention on matters of little consequence. Namely, his homeless policy is a complete FAILURE. He needs to stem the flow of homeless into the NYC shelter system. He needs to reform the "right to shelter laws" that says that anybody, and I mean ANYBODY can come into NYC and the CITY needs to house them, if they claim they're homeless. Numerous unscrupulous politicians are directing their homeless, their mentally ill, their felons to this city.

>I wish the Post, or any other media outlet, would call this poor excuse for a Mayor on the video with the unidentified "white lives matter" chant. If it could be proven that the dubbing was bogus it would certainly be grounds for dismissal of anyone involved in making or approving it.

Nobody there heard it, including all the reporters.

It doesn't appear on any other of the many recordings of the protest.

Why isn't the press actively exposing this lie? They don't have any love for DeBlasio.

Something is fishy here:

Search for "Davis, Aja T" on SeeThroughNy. Unless there are two people with that same name in almost identical titles, there is:


Is she double-dipping? Surely those salaries are not two part time jobs.

Everyone agrees this mayor and his administration enjoy using the race card here.
Dividing us once again.
How come I do not see any huge welcoming party out there when homeless are popping up in neighborhood hotels? There is opposition every where. Are we all racists? Are we? Really? Everyone? Like I said I do not see the huge welcoming party for this.
I really do not see any real solution for this homeless crisis.All I see is the homeless shuffle here and the mayor thinks he will be reelected next year. If you think this election is something wait till next year when we vote for mayor.

This is what you get from Alinskyites.

The entire Democratic Party has adopted this as their modus operandi.

REMEMBER THAT WHEN YOU VOTE TODAY!!!

Re: Aja's salary, this seems to reflect a mid-year promotion from public info specialist at the lower rate to press officer at the higher rate.

How many in the DeBlasio administration are double dipping??

Who needs to double dip when the mayor will just double your salary instead?

When HRC gets into office do you think she'll keep Preet Bharara in office? If you suspect the Justice Dept. of being questionable now, you ain't seen nothing. There goes our chances of flushing the turds like DeBlas.

Hey, last Anonymous: That demon ship has sailed into oblivion, as the DNC's totally corrupt-and-rigged election strategy backfired with a karmic vengeance heard 'round the world.

The DNC ignored voter rights and our respective freedoms when BERNIE SANDERS for PRESIDENT 2016 had always maintained a double-digit lead over Donald Trump, but these empowered idiots STILL FOISTED their hyper-corrupt, 20th century, 'warmed over white woman' to set a precedent in gender-as-competence for the presidency, and the entire plan blew up like Hiroshima times ten!

Worse, the sycophantic presstitutes and their lies tried to blame a Trump presidency on all of those 'angry white men without a college degree in the Red states' as the gamechanger, when it was the systemic, massively rigged DNC primary that FINALLY ended 'Crooked, Corporate $hitlery-Godzillary's romantic fog of a wet dream at presidential fantasy camp!

To her and the party-machine-failed system that falsely empowered a pathological their criminally insand demigod (and her EQUALLY crooked, sleazy and disgraced, partner-in-crime spouse, Billary), I say: GET OUT OF MY SIGHT AND GET READY FOR FEDERAL LOCKUP——the sooner the better!

AMERICA IS FINISHED WITH ANY AND ALL MONSTROUSLY FAILED, DYNASTIC PRESIDENCIES, and EVERY OTHER dynastic system of political fail that has robbed our citizenry blind, not to mention the youth and livelihoods of millions of hardworking Americans, all of whom have been 'Hijacked-And-Held-Hostage' by all corporate fascist bought, government henchmen whose days of hardly working in a government sanctioned, criminal enterprise have finally ended. So, get ready Congress because——YOU'RE NEXT!

Amazingly, even ACTUAL organized crime family rings worldwide could never even attempt to rival, much less surpass the stranglehold that all corrupt government scourges have maintained their crushing positions over their languishing subjects, with impunity!