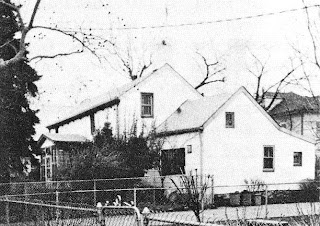 The development boom started in the 1980's as the horrible city economy began its recovery. One of the oldest houses in the borough was among the first victims. Here we have the Morrell house. The Morrell family were original settlers of Newtown. 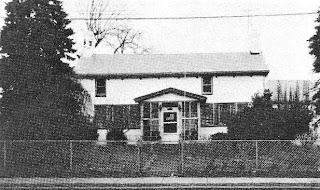 Their house sat along a colonial road in Middle Village from 1719 until 1986, when a greedy developer, over protests of the town, demolished it in order to turn it into Queens crap. The city's Landmarks Preservation Commission helped by not designating this classic example of 18th century saltbox design. 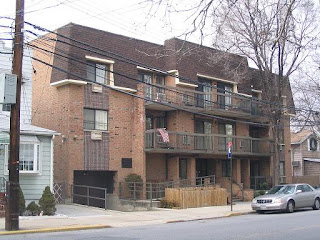 The LPC's disdain for Queens is well-documented. There are just over 50 landmarks in Queens and more than 500 in Manhattan. If this house had been in Manhattan, it would have been landmarked immediately upon passage of the Landmarks Law in 1965. But, alas, it sat in a borough of working class people and immigrants who shouldn't celebrate their past or their architecture, so instead LPC said, "let them eat cake."

It seems as if the politicians have disdain for their own constitutents.

They seem to be johnny on the spot when it comes to submitting cemeteries and libraries and fire houses: stuff that has no chance of getting torn down but adds filler to the all but empty Queens list of landmarks.