The Future is Today...and It's Not Pretty! 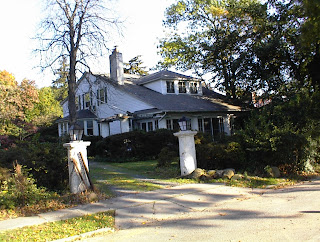 Another report from Bayside, this time at the dead-end of 215th Street south of 29th Avenue. The victim, above, was a beautiful Arts & Crafts-style house constructed in the late 1910s on about a half acre. The gardens were designed by a famous landscape architect from the Netherlands in the 1930s, when the former resident bought the property. When he passed away, at 105 years old in 2004, the house and gardens were sold to a developer. 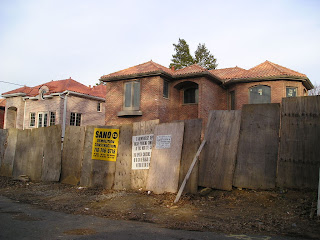 Not only have they squeezed four (4) houses on the site - which is one more than is allowed by law, but the Department of Buildings did nothing even after repeated attempts by elected officials and neighbors to stop it - they are just more of the same: big, brick-y, awkward and inappropriate - a sea of red-brick forever. 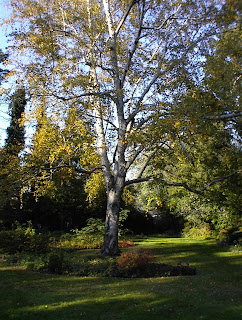 Just for orientation purposes, the lower picture shows an orientation to the northeast of the former parcel (formerly occupied by the rare specimen tree above), while the house was located at the southeast portion. 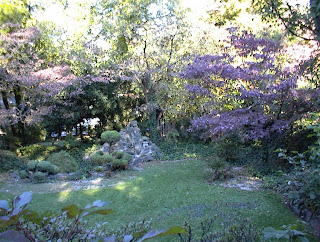 I saw this property many times while cruising Bayside. It was regal and should have been protected. The elderly gentleman had family and they perhaps did not think it was as beautiful as we did. An absolute pity.
How many illegals are on these sites that are being built overnight? We have seen them sleeping in the homes as they are going up. Our own fault. Are we barking loud enough?

Holy overdevelopment, Batman! How could this area not have been declared an historic district? That would have prevented the travesty. Oh, that's right, IT'S IN QUEENS!