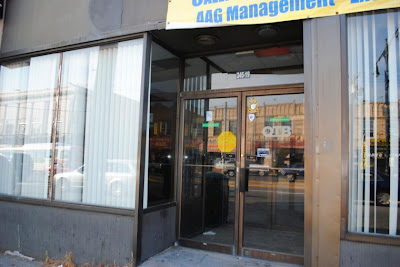 Civic groups in Bellerose are concerned over a proposal to bring a “gaming cafe” to an area that already has several pawn shops and what some consider “questionable” spas. They have urged the community board to vote against the plan.

Menesh Patel wants to open the establishment at 245-19 Jericho Turnpike, a former OTB site, and the Queens Colony Civic Association, the Bellerose Hillside Avenue Civic Association and the Joint Bellerose Business District Development Corp. have expressed their disapproval. Patel could not be reached for comment by press time.

This 40-seat gaming cafe is scheduled to open in late August. The Department of Consumer Affairs gave Community Board 13 a time frame of 15 days to decide whether it was for or against the plan, according to District Manager Larry McClean.

And in Flushing, a 24-hour "internet cafe" has opened. Who's trekking out to use the web at 3am? 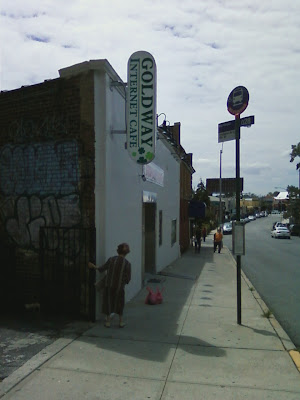 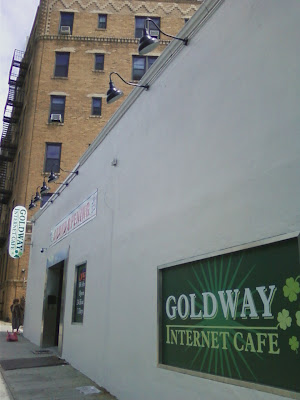 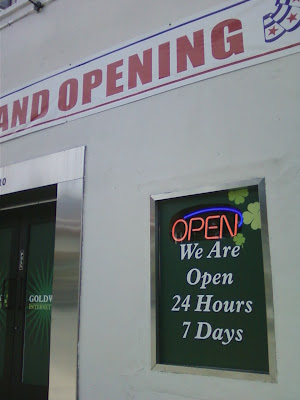 Yea gambles a little bit, drink a little bit (club of course) and meet a few girls afterwards via the take out menu!

Among other purposes, these are also money laundering operations for the third world communities now filling up Queens. They will only increase as the years go by.

Just around the corner from "Goldway" on 164th Street, are at least 3 whore houses posing as clubs, spas and massage parlors.

After catching the LIRR red eye...
one can depart from the Broadway station...grab a drink, then a girl and gamble a little.

It's a male dominated culture,
and the wives are not allowed to complain.

In some cases, if they do, the husband beats them.

Where's the IRS checking out all this unreported income.

I went to an Asian backroom internet cafe on Northern Blvd to get online during a power outage. It was a lot of kids gaming. Not sure why they pay to game in a back room, maybe strict parents, but gaming seemed to be what the cafe was set up for.
There were lots of pop up ads, all in Korean or Chinese, I'm not sure which.

I should clarify, when I say gaming, I mean video games, not online gambling.

At least the sign is in English. A first for that part of Flushing.

I hope those flat screens are waterproof!

BTW,
they're also known as "spermatoriums".

I know this place. It's an underground casino: at least 40 Slot Machines

Yes, this place is closed down... for now.

However, there is still another gambling/slot machine parlor at large, under name Cybertech Solutions Inc located at 40-19 159th Street in Flushing.

One of my friend lost over $40,000 over the course of 2 months at Cybertech Solutions. They have over 40 slot machines there and is the largest gambling hall I ever heard of in the entire city of New York. I spoke to 109 Precinct repeatedly for almost a year without any result. Now I wonder if their entire precinct was paid off by the owner. I am almost sure they can afford to do so with millions in revenue(tax-free I suppose). It's a shame that such cancerous practice is allowed in our neighborhood. This is disgusting!!!!

yeah, this Goldway gambling hall is closed down all right. Just saw it this morning. I wonder why the NYPD doesn't do anything about the Cybertech gambling hall at 159th Street... maybe they ARE paid-off.

This place reopened again. Business as usual. Now I am sure 109th Precinct is paid off handsomely.

Not only this Goldway gambling parlor is paying the police off, the other Gambling Parlor Cybertech is paying off the police as well. They operated for YEARS without any visit from the police.