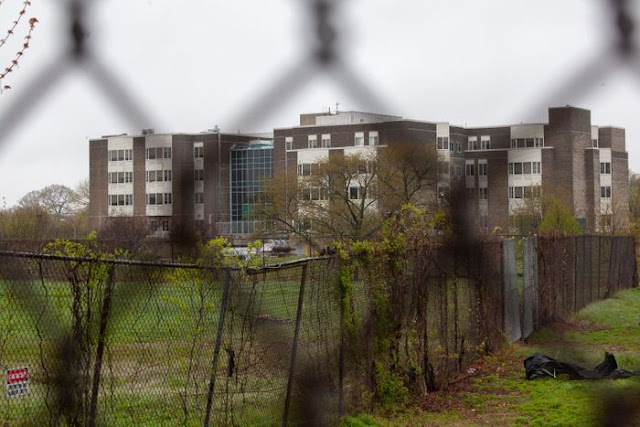 
Workers at a 250-bed state-run veterans nursing home in Queens are circulating a list naming nearly 50 residents who died during the coronavirus crisis — an act of defiance and remembrance ahead of Memorial Day.

The list identifies 48 veterans or spouses of veterans who passed away between March 27 and April 29 at the New York State Veterans Home in St. Albans, one of five veterans nursing homes operated directly by the state Department of Health.

Staff members, who served many of the fallen veterans for years, have been critical of facility administrators for their handling of the outbreak — and accuse them of failing to publicly account for the full scope of fatalities.

“In memory of our beloved veterans,” reads the one-page list. “These veterans deserve justice!!”


A Queens veterans nursing home run by the state Department of Health has been violating protocols set by the department itself that are intended to keep patients and staff safe from coronavirus, multiple staffers told THE CITY.

This includes not separating roommates when only one was suspected of having COVID-19, and failing to isolate those infected in a separate section of the facility with a dedicated team of staff members.

And like their counterparts at private nursing homes, workers at the 250-bed New York State Veterans’ Home in St. Albans say protective gear has been in short supply and at times absent — with recommended N95 masks handed out just once in late March and expected to last for weeks.

Only last week were supplies replenished, they said.

Meanwhile, the staffers say, the home had suffered resident deaths totaling at least twice or even three times the official tally of 19 that was publicly reported through May 1— essentially by the state Department of Health to itself.

“There was just no effort to try to even maintain any kind of minimizing transmission or anything,” said one staffer. “Nobody took it seriously.”

State Department of Health officials countered that the home has been a “leader in its response to the COVID-19 pandemic” — and that the agency is ensuring all of its coronavirus guidelines are followed.

On Tuesday, the health department released new and more detailed statistics on coronavirus fatalities in individual nursing homes across the state. They showed nine confirmed COVID fatalities at the Queens veterans’ home and another 24 presumed to be caused by the virus.
Posted by JQ LLC at 8:12 AM

The story has all the names listed at the bottom of the article.

I DONT SEE NAMES EITHER

Besides the ones profiled, here are the names. it was the very last paragraph.

Reading? How does it work?


Other example of the management of New York City by the Mayor and Governor:

(hope someone is keeping score)

Last anon: I was going to post that. I'll do it tomorrow. It's a fucking disgrace.

Trump might be batty (and I think a lot of his 'crazyness' is a spoof by him on us as he gets away with getting a point across and coverage that a more 'legitimate' channel would never have the same traction) ... but as someone once said no one is on record of dying from bleach but 100s are on record from dying from poor management of the NYS governor - and it all should be brought out in the open and examined by places like Crappy.

As annoying as Trump's smirk is, don't know about you but have had enough of Cuomo's dripping condescending whine where it always sounds like he is explaining something to a half wit fresh off the boat.

Who’s more disgusting? Cuomo the Killer, or the turds in NY who elected him three F-ing times!!

Cuomo says the state was following federal orders to send patients back to nursing homes,who's right?

Its amazing how a city with the sophistication in so many things elect people that, well take a look at their record and character (with a few outstanding exceptions) and complete the sentence as you see fit.

Now they are getting a dose of the real world.

If it was a federal order this would be happening in all 50 states. Instead it only happened to this extent in NY & NJ.

QC Reader said...
"If it was a federal order this would be happening in all 50 states. Instead it only happened to this extent in NY & NJ."
Correct, Florida and most States performed much better than Cuomo II.

Now they are getting a dose of the real world.
—-

What are you blabbering about? Which immigrants are you talking about? Fad and consumerism was well developed by the masters of marketing in the good ol USA that have been exported abroad.

For someone with a condescending post you do understand the father of marketing is American?

"A large segment of people who grew up in cultures alien to the spirit of American democracy"
Yes that is corect. To learn why it happened look up the Hart–Celler Act of 1965.

@Anonymous said...Calling someone a Clown shows just how misinformed you are.