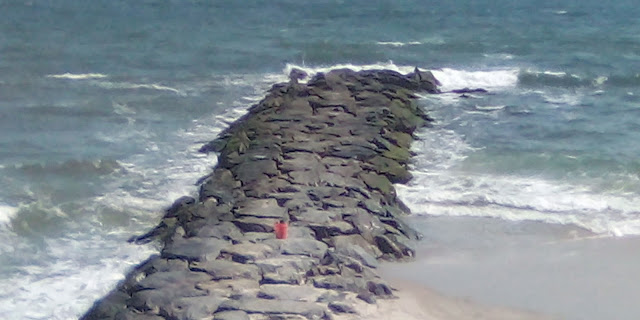 City beaches will be a surfers’ paradise, but swimmers will be sidelined under a wishy-washy set of rules dropped by the city and the NYPD on the eve of Memorial Day Weekend.

“The beaches are open, but the water is not for swimming,” said Brian Conroy, assistant chief of the NYPD’s Patrol Borough Brooklyn South, in a press briefing at the Abe Stark Sports Center in Coney Island.

“You can go in ankle deep, wade in the water,” Conroy continued. “Surfers will be allowed into the water.”

The half-measure move was swiftly blasted as all wet.

“This is just more mixed messaging,” said City Councilman Justin Brannan (D-Brooklyn). “We need to have very clear guidelines here, because if you don’t you’re just setting yourself up for tragedy and-or confrontation.

“If I carry a surfboard, can I go in the water even if I don’t know how to surf?”

City Councilman Donovan Richards, a Queens Democrat representing sandy Far Rockaway, said that he was left “scratching my head” over the gnarly policy.

“Are they going to give swim tests to surfers before they go into the water?” asked Richards. “If you’re saying the water is closed to anyone then they have to be closed for everyone.


“It sends a bad message. It says the waters are open.”

Politicians weren’t the only ones who feared that the rules would confuse beachgoers trying to enjoy a little sea air and sunshine amid the coronavirus pandemic.

“It’s the same water. If you’re surfing, you have to go out and swim first, right?” pointed out Pat Singer, head of Brooklyn’s Brighton Neighborhood Association. “The mayor ought to rethink that one. It’s going to cause mixed messages.”

de Blasio has been exploiting this pandemic and confusing his constituents since the day he told everyone to go to the movies when the outbreak began.


But there is nothing mixed about this. As seen in multiple viral videos, there is a caste system with enforcing pandemic protocols. This is another blatant act of favoritism to the only citizens the mayor appreciates the most, the frivolous spending hipsters. 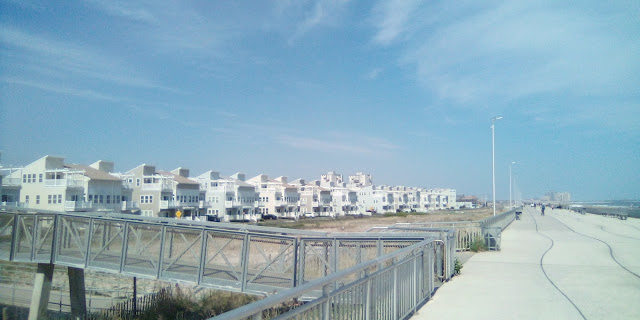 Its too damn cold to go in the water. But if someone did choose to go swimming, what are the cops gonna do, wait at the shore to arrest your ass ?

But then continuing on that note the whole world is watching to how this plays out so the NYPD are under pressure to law down the law.

"...what are the cops gonna do, wait at the shore to arrest your ass ?"


"Sorry officer, I didn't bring a photo ID into the water with me. You'll just have to take my word that my name is Bill de Blasio and I live at Gracie Mansion."

Left wing horse shit as usual. They just love population control. "Get off my water, you sheeples!"

We need to start a civil war.

Like well trained dogs, police follow orders. Its all they do. Once they've afixed their eyes on a prey item, they remain in place until said prey is vanquished.

They can call in:
-the NYPD marine unit
-the Coast Guard
-Bay Constable
-DEC Officers
-any other uniformed schmuck even marginally tied to the state and with access to the water (The US Army Corps, for example)

Do not forget how our blue clad heroes throttled a woman who inappropriately wore a mask on the train, in front of her own daughter (after the woman appropriately resisted NYPD overeach, imho).

Do not forget that Cuomo and Diblasio have set up a new NYPD unit specifically dedicated to rooting out non-existent nazis. (They will target non-existent crimes, too, like "hate speech" and "misgendering")

We are familiar with activist judges, now get ready for the days of the activist cop.

Why would you even want to plop your carcass down on a beach? To get sand in your ass, sweat your balls and pusses off, get a headache trying to read, and sunburn your skin to get cancer?

What if beachgoers decide to sit on the shallow water and as a result are ass-deep, instead of ankle-deep?

Should have stayed put the cold water boyo

Surfers are assholes for sure but they are self policing and operate in groups. Its best to have them around if somebody fucks up.
Surfers save more lives on the water then lifeguards and cops combined.
Lots of rip current this weekend, the NOAA buoys are reporting some crazy stuff.
I agree with the mayor on this, a surfer can save your ass long before a lifeguard can get to you.

Not forgetting the lady and her little girl. NYPD should exchange their badges for swastikas. The image of that mother and her child will be forever riveted in my mind, as about six Nazis jumped her and grabbed her daughter. For what, no mask? It's bedlam in NYC.

Attention: WORKERS of AMERICA (Land of the 'FEE'——and, the Home of the 'SLAVE')

You are fodder for the billionaires (and, soon to be trillionaires). You will be told to risk your life and return to work. Megacorps will be bailed out (again!), whilst YOU wait in never-ending food lines (think 'Soylent Green,' 1973, starring Charlton Heston, Edward G. Robinson, Chuck and Leigh Taylor-Young). And, the Super Rich 'Celeb-u-tards' will get tested, while YOU lose your Third World healthcare. Politicians will vacation whilst YOU go broke!

In fact, ALL politicians (NOT public servants) have never actually RETURNED from vacation——it's called CONGRESS (a/k/a BABOON LAND, as in a 'Congress of Baboons), and these rapacious, predatory, un-American, ANTI-American scourges are on PERMANENT exhibit at the BrainWashington, DC Zoo (District of Corruption)——and, the ever languishing public be eternally duped, bilked, scammed and damned!

❝Every record has been destroyed or falsified, every book rewritten, every picture has been repainted, every statue and street building has been renamed, every date has been altered. And the process is continuing day by day and minute by minute. History has stopped. Nothing exists except an endless present in which the Party is always right.❞ ——George Orwell

❝The further a society drifts from the truth, the the more it will hate those who speak it.❞ ——George Orwell

❝We'll know our disinformation is complete when everything the American public believes is false.❞ ——CIA Director William Casey to President Reagan - February, 1981 - multiple sources (Verified by Barbara Honegger - in meeting.)

❝Americans have been unable to coexist peacefully with other nations and cultures since they landed in Plymouth and Jamestown.❞ —William Blum, Rogue Nation:

1. Spreading American Capitalism and protecting the interests of the Military Industrial Complex (MIC), the Big Banks ('BANKSTERS'), Big Pharma, and the ruling elite (all of whom are now 'Too Big To Fail'—and, 'Too Big To Care');

2. No alternatives to Capitalism. Preventing the rise of any society that might serve as a successful example of an alternative to Capitalism (i.e., Communism, Socialism or any system not in line with American interests); and

3. Expanding political, economic and military hegemony over the entire globe, and to prevent the rise of any regional power that might challenge American supremacy.❞

That last quote is ridiculous. The US just got bio-nuked by a communist country and then borrowed money from that same country for themthe supplies to fight it.

We're not the military hegemony that we used to be, and even when we were we seemed to only fight wars for the tiny religious tribe that runs our government, finance system, media, advertising, and foreign policy.

Take that AOC shit back to Scarsdale where she's from.

To last Anonymous? Ridiculous, you say? China may have the home team advantage in the case of Coronavirus——but, the onus is on a pathological, treasonous, traitorous AND DISLOYAL American government (of bought henchmen) for insanely borrowing obscene sums of money from a Communist empire in the FIRST PLACE!

Don't marginalize the military hegemony that still defines these 'ZIONIST STATES of AMNESIA and ENTERTAINMENT,' amigo. And, those purportedly '...tiny religious tribes...' that you refer to above, regarding the running and control of We, the People's totalitarian, dictatorship, police state, monarchy ruled government are about to overthrow the remnants of ALL pretense of American freedom and democracy (if it ever existed in the first place), with the 'Holy War' force of a minority group of intolerant extremists——EXACTLY as they have proven throughout the annals of history regarding the many historical grievances of the past that resulted in the toppling of entirely defunct civilizations, altogether.

A little delving and research into history past will enlighten you to the undeniable powers of what small, underrepresented groups can achieve, along with erasing the one term memory of a useless political pawn like Alexandria 'Occasionally Coherent,' and her 'do nothing, know nothing' sideshow of complete, political embarrassment.