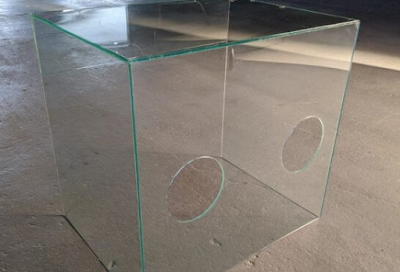 Brooklyn Paper
A team of film and television set builders are using their carpentry skills to build life-saving equipment for struggling hospitals.

Greenpoint set builder Bret Lehne learned about the need for intubation boxes — plexiglass containers that keep doctors safe during the most dangerous moments of operation — when a doctor friend contacted him a week into the pandemic asking if he knew anyone who could make them. After reviewing the schematics, Lehne came to a realization.

“This, both in material and in complexity, is an average blueprint that I might get in a workday,” he said to himself. “I know an entire industry that can build these.”

With set workshops empty due to social distancing guidelines, Lehne first had to search for a space that would allow him and a team of volunteers to work there for free, eventually landing on the training workshop of the IATSE Local 52 Studio Mechanics Union in Queens.
Posted by JQ LLC at 6:47 AM

Plantation Free said...
Production team could have stayed home hiding but they went to work and did something productive. They are thanked.
Many "GOOD" Americans are anxious to reopen the country and get back to work, whereas Maxist liberals want to stay home, collecting government checks, nothing's really changed.