Fire through dry grass; Governor Cuomo's directive sent 4,500 coronavirus patients to nursing homes and gave immunity to them stemming from the industriy's donations to his last re-election campaign 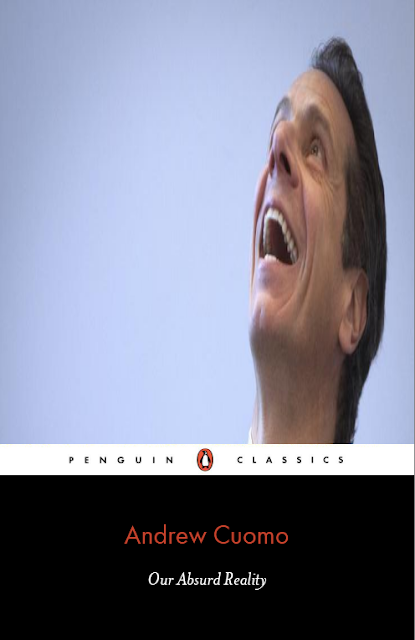 More than 4,500 recovering coronavirus patients were sent to New York’s already vulnerable nursing homes under a controversial state directive that was ultimately scrapped amid criticisms it was accelerating the nation’s deadliest outbreaks, according to a count by The Associated Press.

AP compiled its own tally to find out how many COVID-19 patients were discharged from hospitals to nursing homes under the March 25 directive after New York’s Health Department declined to release its internal survey conducted two weeks ago. It says it is still verifying data that was incomplete.

Whatever the full number, nursing home administrators, residents’ advocates and relatives say it has added up to a big and indefensible problem for facilities that even Gov. Andrew Cuomo — the main proponent of the policy — called “the optimum feeding ground for this virus.”

“It was the single dumbest decision anyone could make if they wanted to kill people,” Daniel Arbeeny said of the directive, which prompted him to pull his 88-year-old father out of a Brooklyn nursing home where more than 50 people have died. His father later died of COVID-19 at home.

“This isn’t rocket science,” Arbeeny said. “We knew the most vulnerable -- the elderly and compromised -- are in nursing homes and rehab centers.”

Told of the AP’s tally, the Health Department said late Thursday it “can’t comment on data we haven’t had a chance to review, particularly while we’re still validating our own comprehensive survey of nursing homes admission and re-admission data in the middle of responding to this global pandemic.”

Cuomo, a Democrat, on May 10 reversed the directive, which had been intended to help free up hospital beds for the sickest patients as cases surged. But he continued to defend it this week, saying he didn’t believe it contributed to the more than 5,800 nursing and adult care facility deaths in New York — more than in any other state — and that homes should have spoken up if it was a problem.

“Any nursing home could just say, ‘I can’t handle a COVID person in my facility,’” he said, although the March 25 order didn’t specify how homes could refuse, saying that ”no resident shall be denied re-admission or admission to the (nursing home) solely based” on confirmed or suspected COVID-19.

Over a month later, on April 29, the Health Department clarified that homes should not take any new residents if they were unable to meet their needs, including a checklist of standards for coronavirus care and prevention.

Remember, Andrew Cuomo named this directive after his mother.

A directive influenced by a profit-driven health and hospice care industrial consortium that gave Cuomo millions to his last re-election campaign:

As Governor Andrew Cuomo faced a spirited challenge in his bid to win New York’s 2018 Democratic primary, his political apparatus got a last-minute boost: a powerful health care industry group suddenly poured more than $1 million into a Democratic committee backing his campaign.

Less than two years after that flood of cash from the Greater New York Hospital Association (GNYHA), Cuomo signed legislation last month quietly shielding hospital and nursing-home executives from the threat of lawsuits stemming from the coronavirus outbreak. The provision, inserted into an annual budget bill by Cuomo’s aides, created one of the nation’s most explicit immunity protections for health care industry officials, according to legal experts.

Critics say Cuomo removed a key deterrent against nursing home and hospital corporations cutting corners in ways that jeopardize lives. As those critics now try to repeal the provision during this final week of Albany’s legislative session, they assert that data prove such immunity is correlating to higher nursing-home death rates during the pandemic — both in New York and in other states enacting similar immunity policies.

New York has become one of the globe’s major pandemic hot spots — and the epicenter of the state’s outbreak has been nursing homes, where more than five thousand New Yorkers have died, according to Associated Press data.

Those deaths have occurred as Cuomo’s critics say he has taken a hands-off approach to regulating the health care industry interests that helped bankroll his election campaign. In March, Cuomo’s administration issued an order that allowed nursing homes to readmit sick patients without testing them for COVID-19. Amid allegations of undercounted casualties, the governor also pushed back against pressure to have state regulators more stringently record and report death rates in nursing homes.

And then came Cuomo’s annual budget — which included a little-noticed passage shielding corporate officials who run New York hospitals, nursing homes, and other health care facilities from liability for COVID-related deaths and injuries.

GNYHA — a lobbying group for hospital systems, including some that own nursing homes — said it “drafted and aggressively advocated for” the immunity provision. The new law declares that top officials at hospital and nursing-home companies “shall have immunity from any liability, civil or criminal, for any harm or damages alleged to have been sustained as a result of an act or omission in the course of arranging for or providing health care services” to address the COVID outbreak.

Prior to the budget language, Cuomo had already temporarily granted limited legal immunity to doctors and nurses serving on the medical front lines. But the carefully sculpted passage buried in the state’s annual spending bill expanded that by offering extensive immunity to any “health care facility administrator, executive, supervisor, board member, trustee or other person responsible for directing, supervising or managing a health care facility and its personnel or other individual in a comparable role.”

New York is now one of just two states to shield those corporate officials from both civil lawsuits and some forms of criminal prosecution by the government, according to an analysis by Syracuse University law professor Nina Kohn and the University of Houston’s Jessica L. Roberts.

“New York is an outlier and has the most explicit and sweeping immunity language,” Kohn said.

If he was just following the CDC, the what was Florida doing? They did the opposite and it worked.

Why does Cuomo get all this attentiona and the states that are opening up are trashed?

And a Cuomo phase 1 is still steps behind other states phase 1.

Omg Cuomo’s an idiot. 2015 report told Cuomo he was under prepared for a pandemic and needed 16000 ventilators and he bought 2,000. NY is the worst infected state and he fooled a bunch of idiots that he is doing a great job.

I recall that when he was first elected as governor, he appointed a Moreland Commission to investigate corruption in Albany. He disbanded the commission when it began to investigate his own office.

To play Devil’s Advocate, other states did the exact same thing due to Federal guidelines. Yes, the states should have known better. What was the point of having all these hospital beds and not use them to quarantine people like some countries do?