Chancellor Carranza proposes crisis advantage school admission changes and rails against Councilman Holden for being tardy for caring for his ill mother. 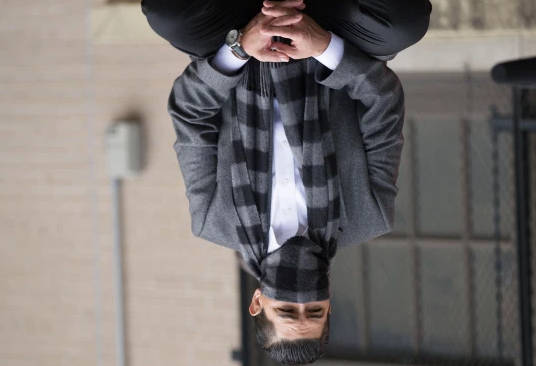 New York City Schools Chancellor Richard Carranza said he doesn’t have “a nefarious plan” to use the coronavirus crisis to overhaul middle and high school admission policies, but so far he has given no hint of the “tweaks” he has in mind.

Carranza, who was caught on tape last month telling a national group of Latino school leaders,
“Never waste a good crisis to transform a system,” seemed to back-pedal Thursday while addressing a virtual public meeting of the advisory Panel For Educational Policy.

“We are not planning a nefarious plan to use this pandemic to change policy,” the chancellor said.
“We know there must be some tweaks to admissions, not permanent changes.”

Adding to the confusion, Mayor de Blasio at a press conference the day before bluntly spoke about using the pandemic to change the “status quo.”

“Many things are going to be reevaluated as a result of this crisis,” he said. “We are not just going to bring New York City back with the status quo that was there before. But we’re going to try to make a series of changes that favor equity and fairness.”

Both Carranza and de Blasio have voiced their disdain for selective “screened schools,” even though their own children attended them.

A DOE spokeswoman had nothing to add on the issue Friday, but parents are buzzing about the possibilities. Among those under discussion:
NY Post

Schools Chancellor Richard Carranza angrily scolded a City Council member for being late to a virtual public hearing, ignoring the elected official’s explanation that he was tending to his ailing 96-year-old mother.

Carranza’s outburst, which came during a meeting of the advisory Panel for Educational Policy on Thursday, recalled the time he walked out of a Queens district meeting when parents complained their children were physically and sexually assaulted. He later accused the parents of “grandstanding.”

This time, Carranza blew up at Queens lawmaker Robert Holden, who was not logged in to the video meeting when called upon about 7:30 p.m.

“I had a number of issues to handle tonight including my mother in a nursing home fighting for her life and may have COVID,” Holden explained when he was finally called upon two hours later.

Holden then criticized the chancellor’s recent comment to school leaders — “Never waste a good crisis,” as reported in The Post.

That comment “was an insult to everyone fighting COVID,” Holden said. “That comment was disgraceful, and he should apologize for it.”

QC Reader said...
Thanks JQ for posting this !

Can't understand why Councilman Holden would use his mother's illness for not doing his job, and though I'm no Carranza fan, would find myself heated about the Councilman's lack of concern for the people of the city he represents. Carranza gets a win on this one. Or could he have just chosen to make an example of Holden for changing parties from Democrat to Republican. Oh, the fog of war.

This guys a real piece of work

Chancellor Carranza is as egotistical and malicious as De Blasio. Why anyone would defend him is a form of severe retardation.

Equity is illegal. It's discrimination. I don't know why or how the so called conservative movement in this country has not launched a full legal and cultural battle against for Ed equity and quota driven outcomes. It is so explicitly un-American I can't fathom how it is so widespread.

Second, there are well established, well researched and we'll documented IQ differences between the races. Before you all call me a white supremist, I fully acknowledge that Japanese and other East Asians are the highest, and they ain't white.

Lastly, we have already destroyed the last bit of wellness in our industrialized school systems by implementing Social Emotional Learning andCand Core.

Again, this is the state seeking to indoctrinate young people at an early age by robbing them of their cognitive liberty.

Now, I'm so upset I have to put on my Timberlands and go out for a jog just to relax.

Scott said...
Can't understand why someone would take care of their 96 year old Mother ?
You win the "Estúpido" award on Queens Crap !

This commie LaRaza-minded agenda-driven imbecile is a very dangerous person to put in charge of NYC's kids' education. He sees the students as potential libtard voters and nothing more. His social justice crap agenda is his driving force, certainly not educational excellence. He is willing to wave the students past essentials like math, science, and English to work on their REALLY important subjects: diversity, equality, whites and Asians are bad, the government is racist and so owes you a living, etc. He is a fraud and fosters fraud as a way of life for the students, handing them diplomas based on little to no work or even attendance. He is the only type of chancellor one would expect from a fellow fraud, Dimwit DeBlasio. I simply cannot believe that DeBlasio was elected once, let alone twice. With a voting record like that, NYC residents pretty much deserve the evil they brought on themselves for their laziness and stupidity when it came to showing some civic responsibility.

He doesn't have help or a home care professional for her. Get one now! She's 96. He does not have a background in caring for the elderly. It's a hard job. If you really care hire one now! don't be a jerk. Buck up and spend your cash.

Carranza is a racist, pure and simple. He wants to raid and plunder and gather up all the goodies for his people, by whatever means necessary.

Carranzoa Is that you? Estupido STFU !
Picking on a 96 year old Mom on Mothers Day is really low.

Yes NYC residents brought this on themselves.
The commie LaRaza-minded led school system is a open sore that needs to be fixed.

Carranza can’t genuinely understand how anybody could care for another person. Holden is getting to him. Keep up the good work Bob.

This idiot Carranza was a failure in the Texas school system he came from.
He has no idea about the history of schools in NYC and no idea on how to correct the intractable problem of failing schools in nyc.
The most recent National Educational Assessment (federal) evaluation of schools reveals that there has basically been NO change in the NYC public school system over the past decade.
Conclusion:
-this fraud was brought in by another fraud, de Blasio, to rearrange the deck chairs and parrot leftist ideas of "school social justice" that have no relation to actually learning skills in Mathematics and English Language Arts.
-the NYC public schools are failing another generation of students. Those parents who are savvy enough, know how to ride the school "wave" by seeking and enrolling in those that actually work while avoiding those that cannot teach students to read, write and calculate at an age appropriate level.
-this fraud, Carranza, chooses to concentrate on a Nanny-School model where you're diapers are changed, your meals are cooked and your bad behavior is condoned by leftist teachings.

My recommendation, take every opportunity you have to point out failing schools in your neighborhood. Don't allow union-types to sell you on social justice/ school inequity bullshit. Just show them the latest ELA and Math and Science state wide testing results and tell them to save the bullshit for the low IQ types.
Also, stand up the PTA meetings to ask the hard questions about where money is being spent. You know that money from federal sources, state sources and city sources. After all, education is the largest piece of the entire city budget...larger even than healthcare.

Carranza looks like the type of fellow who hires rent-boys.

To anonymous who said, "He doesn't have help or a home care professional for her. Get one now! She's 96. He does not have a background in caring for the elderly. It's a hard job. If you really care hire one now! don't be a jerk. Buck up and spend your cash." Did you miss the part where Bob Holden said his mother is in a nursing home and is very sick. Maybe you should learn how to read. I hope your mother never needs you because ssd's he will be very disappointed.