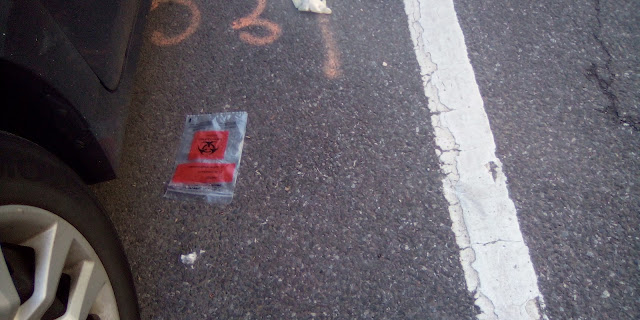 The cavalry is caught up in red tape.


Last month Mayor Bill de Blasio announced that a Midwestern company would be sending 50,000 coronavirus tests per week to the Big Apple.


“I’m sure New Yorkers wouldn’t have thought that the cavalry would come from Carmel, Indiana, but it has,” de Blasio boasted during an April 14 press conference about the deal with test maker Aria Diagnostics.


Over two weeks later, the city received just 25,000 of the promised 100,000 tests from what de Blasio described as a “reliable partner” — after blasting the feds for failing to provide the materials.


“We need to be able to test everybody who is symptomatic or asymptotic. If they want a test, they should be able to get a test,” Councilman Stephen Levin (D-Brooklyn) told The Post.


“They just announced yesterday they were doing them in Los Angeles. We need to be able to do that here in order to safely reopen New York City,” Levin said.


A rep for Aria, Susana Duarte la Suarez, told The Post there’s a problem with the transport medium for the testing kits.


Both parties said they’re working together to resolve the issue.

I agree with Council Member Levin, everyone should be tested. Especially if we all are going to be rushed into going back to work. I can also understand if he wants to plead with strangers on social media to procure these tests just to prove a smarmy point. 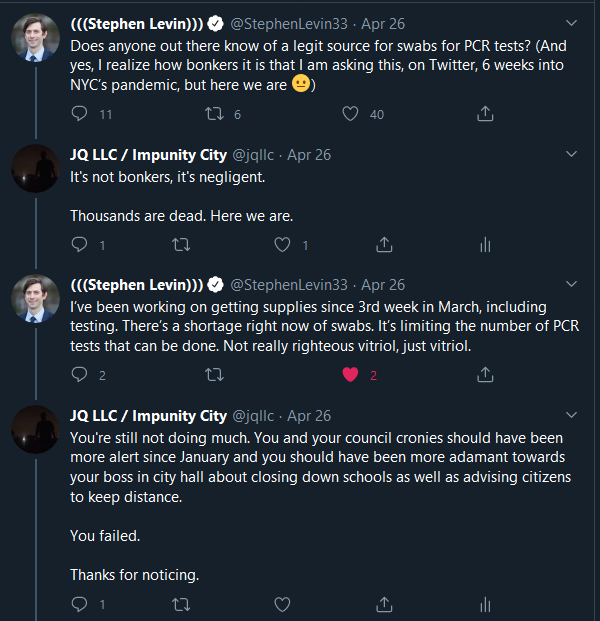 I wonder if the logistics were done by "Contractor Gadget" 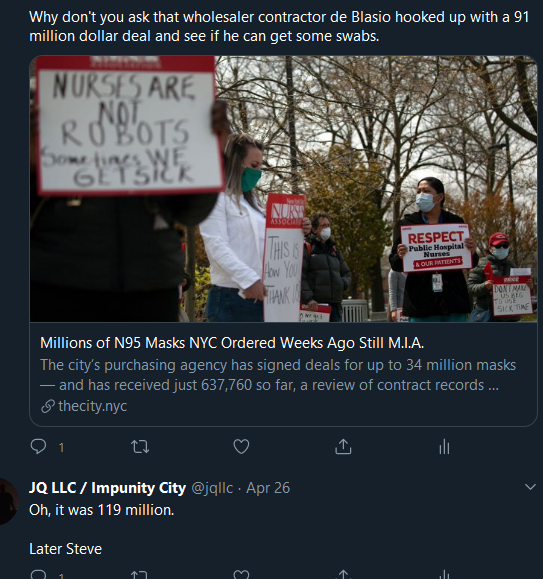 de Blaz is a Marxist who supports anti gun laws and open borders and free healthcare to illegal immigrants !

Don't worry, Monday he will accuse Trump and Cuomo will show up screaming "ventilators"

Dear Leader says, New Yorker's should let his beloved son in law take care of this. He has done such a wonderful job ridding this virus from the rest of the country he could now work his magic here.
Dear Leader would also like to know what happened to the millions of test kits, and face masks that he sent here months ago.
Dear Leader would also like to remind you of his wonderful new disinfectant, complete with Dear Leaders image on the label. Available to order online from the White House Store. Only loyal believers in Dear Leader are eligible to buy this wondrous product at an extra special price.
God Bless Dear Leader

No argument about your sarcastic take, but Check out the link I provided from that conversation. I asked the councilman if de Blaz ever messaged Jared Kushner to get these tests too.

You may knock Dear Leader to your hearts content, but I am certainly missing transgender 2nd grade programs and debates on proper pronoun use and a dance card filled with entertainment suggestions from the 3rd world in theater, music, and art each one tedious and pedestrian, but each one representing a voting block to be cultivated.

But coming up with solutions on making the smart choices on how to handle a pandemic or take care of a city? Inept management? No problem!

You just fill the rank and file of government types with selected examples of those 3rd world groups from your base - and give your city the distinctive style of managing crisis with the same dash and elan you find in 3rd world countries.

Relax people, its just another step of the Brave New World the Democrats are creating for our future.

Now of those mean racist elitist white guys. None of that classic American can-do effort. Nope, get used to it people. As they tell us incessantly - they are building America's tomorrow today in the good old NYC.

Unless ... and until ... Trump and Washington shows up to bring the adults here you will get more of this muddling mess until the city is ruined and the pandemic exhausts itself many months in the future.

And NYC will be a shell of its former glory.

Queens Crap has become the most unliked family member "The Blamer".
How much energy do some Queens Crap Readers (JQ Included) put into trying to correct their
political ideas so as to be seen and known correctly ? Is there any truth in what they are telling us about DJT ? Like the #FAKENEWS I can’t control what another person thinks about POTUS 45 or how they may distort the truth but come November I will vote for him again.
Always Blaming Potus 45 #ORANGEMANBAD... getting really tiresome don't you folks think !

So it's a control thing with you huh?

So what did that commentor mean?

Please, we have all the time in the world.

Everything that gets posted about Blaz and Cuomo on here fake news too?

Go back to your alter of Trump and grovel, better than wasting time throwing up hashtags that don't work on here.