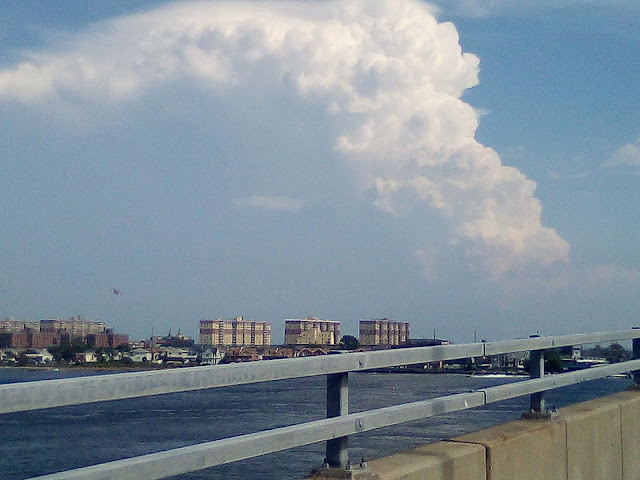 The MTA is suspending a planned toll rebate for Queens residents driving across the Cross Bay Bridge as its revenue plummets during the coronavirus pandemic, state legislators said Tuesday.

The refund, which would go through E-ZPass and apply to drivers whose cars are registered in Queens, was due to go into effect this summer but is now indefinitely postponed.

"To say I'm disappointed by the postponement of the Queens Resident Cross Bay Bridge Rebate is an understatement, but I understand that the MTA is experiencing never before seen economic hardship and tough decisions have to be made during unprecedented times," Assembly Member Stacey Pheffer Amato said. "We fought so hard for this, for our communities, and it was seen as something that would never be able to happen."

Under the current rebate program, Broad Channel and Far Rockaway residents pay a discounted toll of $1.41 with their E-ZPass, then receive a refund for that amount from the MTA, which operates several bridges citywide.

Crossing the bridge, which connects Far Rockaway to the rest of the borough, costs other drivers $2.29 with an E-ZPass or $4.75 without one, according to the MTA.

The bridge is the city's only crossing that requires drivers to pay a toll to travel within the same borough, according to QNS.com.
Posted by JQ LLC at 8:34 AM

My mother told me that they started the toll to pay for the bridge. That is one expensive bridge.

One side of the bridge pays $1.41 cents then is reimbursed ?
The other side pays $2 and change and $4 and change without EZ pass ?
Looks a little Racist if you ask me.

Why does this surprise and/or shock any bilked taxpayer throughout an openly practicing, crooked New York State government?

After all, if Sonny, I mean Andrew Cuomo can condone the renaming of the TAPPAN ZEE Bridge (an historic desecration), in order to pay unjustified homage to his equally crooked father, Mario (Sonny ascribes full blame for that ill conceived, politically motivated maneuver onto the Assembly for SO ORDERING the name change——but, he conveniently doesn't mention that he COULD have, and SHOULD have rejected the insane proposal altogether——not to mention the tens of thousands that it cost in unnecessary signage), then anything is possible for this free walking, solo standing 'King of Albany' criminal, and his dynastic, Crime Wave family of robber barons.

❝No matter how paranoid or conspiracy-minded you are, what the government is actually doing is worse than you imagine.❞ —William Blum, Rogue State: A Guide to the World's Only Superpower

❝American government is corrupt. Those who have enough money can almost get anything they want from our government, whether it is tax breaks, or subsidies, or policies and laws changed, removed, or added.❞ —Ravi Batra - The New Golden Age

❝It's frightful that people who are so ignorant have so much influence.❞ —George Orwell

❝The very concept of objective truth is fading out of the world. Lies will pass into history.❞ —George Orwell (And, they already have!)

❝Journalism is printing what someone else does not want printed. Everything else is public relations.❞ —George Orwell

❝If Liberty means anything at all, it means the right to tell people what they do not want to hear.❞ —George Orwell

❝It is no measure of health to be well adjusted to a profoundly sick society.❞ —Jiddu Krishnamurti

❝For the first time in its history, Western Civilization is in danger of being destroyed INTERNALLY by a corrupt, criminal ruling cabal which is centered around the Rockefeller interests, which include elements from the Morgan, Brown, Rothschild, Du Pont, Harriman, Kuhn-Loeb, and other groupings as well (i.e., The Trilateral Commission, The Bilderburg Group, The Council on Foreign Relations [CFR]). This junta took complete control of the political, financial and cultural life of America in the first two decades of the 20th century.❞ —Carroll Quigley

Now they have to figure out how to toll the bikers and pedestrians.

They would make more money if they taxed per person in the car. People going to the beach fit two cars worth of people in one.

Let's all protest by moving out of NY

No benefit to having a Queens address and paying NYC income taxes. You can do everything in NYC if you live in Nassau County. This was one of the few "benefits" of having a Queens residence. Really, what does the average Queens family get? Might as well move east where the politics are more moderate and you get some nice town perks.

Wonder what the realestate prices will be like in Queens this year !

Beaches are close too so have to collect from someone !

When the bridge was rebuilt you think they would have made a bike path but no they want you to walk your bike in the pedestrian path.I have never walked my bike and I have never seen anyone walk their bike.Who in their right mind would walk their bike when they can ride.Another example of great planning.

In 1947 my mom and dad we dating and when they got to the bridge the toll was 10 or 15 cents and they didn't have the change and was turned around.

Thanks, we can really afford that extra toll right now, it's not like we're all hurting for money because of this.