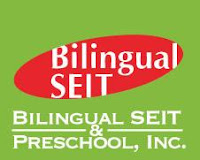 An audit found that a couple running a Flushing special needs pre-school bilked the state out of nearly $1.5 million over the years, which they used on their cars, kids’ furniture and even mortgage payments, authorities said.

A state comptroller's office probe of Bilingual SEIT and Preschool’s books, which has branches in Flushing and Elmhurst, found that the school's billings to the state had skyrocketed over the last decade—spiking from $808,935 in 2002-'03 to $15 million in the 2010-'11 school year, The New York Times first reported.

Teachers employed by the company would give the kids one-on-one lessons at home or at the pre-school.

Companies can bill the state for up to $122 per hour per child for these services-an amount that is reimbursed, whose costs are split by the state and local governments, authorities said.

But auditors found that the company was overcharging the program and noticed that the school's honchos paid themselves hefty salaries. Executive Director Cheon Park overpaid his wife Hyun Ham, who worked as a payroll clerk in the office, more than a $100,000 over a decade, according to officials.

Not just that, they also allegedly avoided paying hundreds of thousands of dollars in taxes, by working as “independent contractors,” and even billed the interest payments on their mortgages to the state.
Posted by Queens Crapper at 12:21 AM

check with the City Council Education Committee. because the D.O.E. does not include this information on their website since 2007. One wonders why ?

Companies can bill the state for up to $122 per hour per child for these services-an amount that is reimbursed, whose costs are split by the state and local governments, authorities said.

This is easy to fix - eliminate this program it's unnecessary. At the preschool age a child quickly get English proficient almost over-night. Those that don't never will - too bad, that is the risk and lack of previous thought by parents coming to the US. Let's face it we speak English and legal immigrant and even legal immigrants know this and must get to speed on their own dime or leave for where they come from - PERIOD! NO SUBSIDY - actually there may even be a requirement prior to establishing legal residency that one should already have this skill as an adult - DON"T LIKE THE REQUIREMENT? DON"T COME TO THE US!!

They can only steal what the politicians leave behind.

Executive Director Cheon Park overpaid his wife Hyun Ham, who worked as a payroll clerk in the office, more than a $100,000 over a decade, according to officials.

Nothing to see here folks!

What a wonderful state. It only took them 10and years to catch on that these fine, outstanding citizens were stealing from both the taxpayers and handicap children.
Just the place to raise a family (don't note my sarcasm).
How come all the handicap advocates aren't protesting. Oh I forgot, they're just political operatives who protest when they're told.
A fine and outstanding state.

read this Sunday's NY Post "PAY PER PUPIL,How to contain the skyrocketing cost of special education in NYC " by Marcus Winters.

this amount will get one enrolled in Harvard or Princeton,for two years.

where do the special education "pupils" use the expensive training in the future ?

In jobs, of course.

What is the alternative?

#7... with 23 million americans unemployed and 8.2 -18 % unemployment in ny state,do you think a private sector businessman has a job for young person with learning disabilities ?

the private sector is thinning the herd daily ,because the affordable health care law may bankrupt them in 2013 and 2014.

the remaining "jobs" may only be a temporary government one ,until the well runs dry as in Greece,Italy,Spain (25% unemployment).....Scranton,Pa....San Bernadino, Cal and OTHERS. include the nyc publishing industry,Cisco Corp laid off 1300 last week "because of gov.economic regulation".

private medical groups are now consolidating with hospitals, because the federal & state reimbursements are being shaved to the point of
very low income for their survival.
some hospitals have closed recently because of union greed and non payment from uninsured patient services.

But there you go again with your grudge against special education. It's not the first time that you've gone on and on with this.

Let me ask again: what is the alternative? Do you want to institutionalize everyone with a learning disability? Do you want to hide them away? Talk about thinning the herd.

It seems to me that something happened to you in the past that you took extremely personally and you're now lashing out at anyone who has had any kind of a problem.